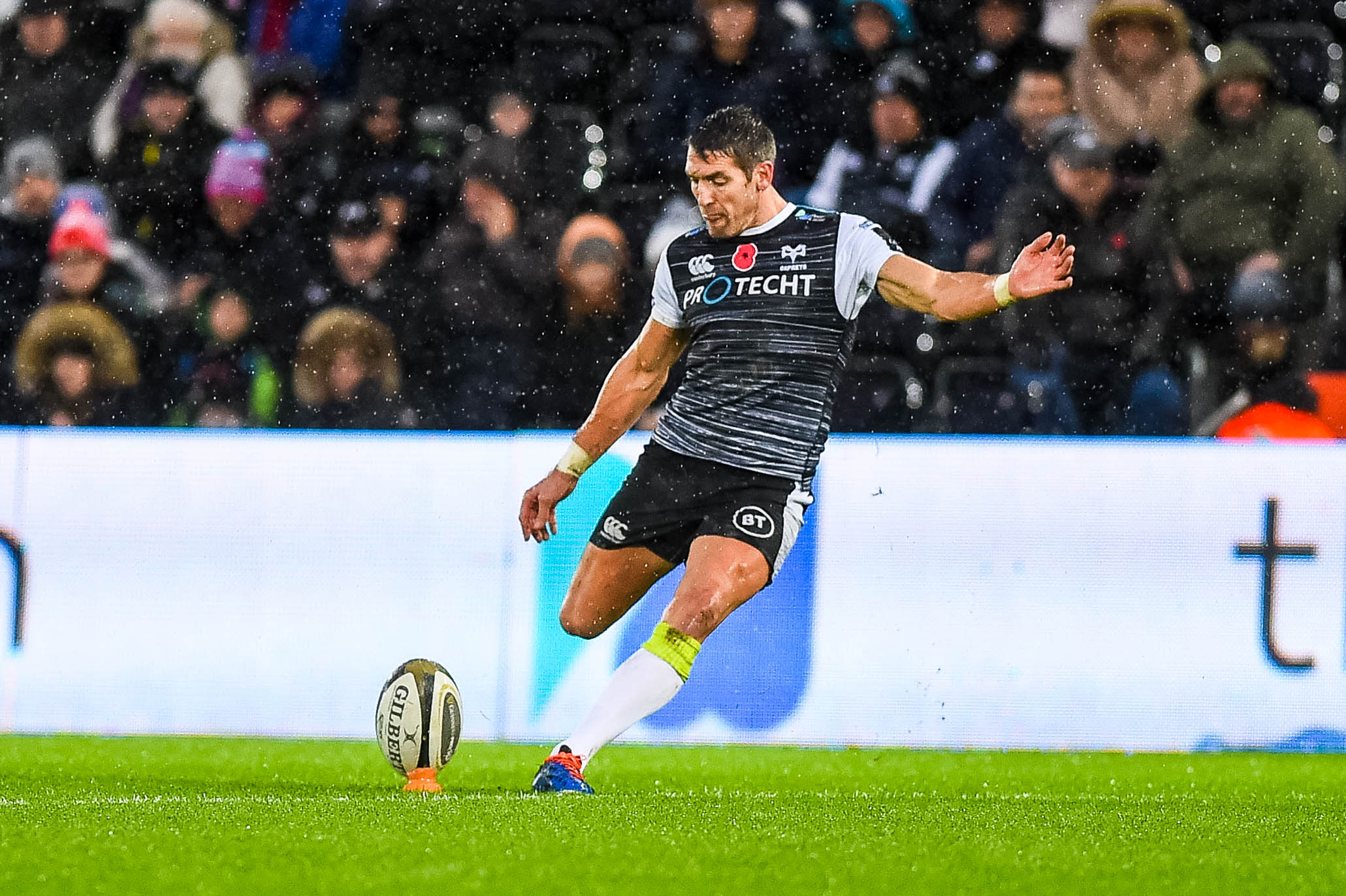 The battle for a place in our Ultimate XV is hotting up as we move on to the outside half position. So who gets the keys to number 10, check out the contenders here.

The outside half spent seven seasons in Ospreylia having first signed for Neath in 2001. Two years later he was part of the first ever Ospreys squad at the inception of regional rugby. He was part of the Ospreys team that defeated Australia, where he played a crucial role and was named Man of The Match. He sits 5th on the all-time points scorer list where he notched up 488 on the scoreboard. Connor made 101 appearances for the region before moving to the Dragons ahead of the 2009/10 season.

Henson was with the Ospreys during their inception in 2003, having previously played for Swansea. He made his regional debut coming off the bench in the Ospreys first ever Celtic League fixture to put in a match-winning performance against Ulster at the Gnoll in September 2003, helping himself to 15 points including two tries. Henson has clocked up 98 appearances in an Ospreys shirt and is 4th on the region's all-time points scorer with 778. He has also picked up 33 Welsh caps, featuring in two Grand Slam successes, and 1 test cap for the British and Irish Lions from their 2005 tour.

Having made his debut in January 2012, in an LV= Cup tie with the Dragons, Davies started 96 games, coming off the bench in a further 54. His 836 points puts him third on the Ospreys all-time point scorer list. Before moving onto pastures new, the outside half appeared 150 times for the region. In 2012, he was named in the Wales Under-20 squad for the Junior World Cup in South Africa in 2013 he was named IRB Junior Player of the Year after leading the Welsh squad to the IRB Junior World Championship final the same year. During the Autumn Internationals in 2016, Davies made his senior Wales debut off the bench against Australia.

The Ospreys legend went onto earn his first international cap before making his first start for the Ospreys! In his first season he helped guide the region to a Celtic League title and runners-up spot in the EDF Energy Cup Final. In 2009 the Ospreys reached the EDF Energy Cup Final facing Leicester in the final again. A starring role by Hook saw the fly-half slot 13 points as the Ospreys claimed the silverware in a 23-6 win. Hook featured heavily in the regions 2009/10 Magners league campaign, where the Ospreys went onto lift the trophy. During his time in the Welsh jersey, he made 81 appearances, scored 352 points and crossed the try line 13 times for his country, making him the fifth highest scorer ever for the national team. He also featured in the 2012 Grand Slam and the 2013 Championship win for Wales and was named in Warren Gatland’s first Welsh squad who clinched the 2008 Grand Slam, he also travelled to South Africa with the 2009 British and Irish Lions side. Hook currently sits in 2nd place in the Ospreys all-time points scorer list with 841 and has made 149 appearances. All told, he's dotted the ball over the whitewash 19 times and slotted the ball through the sticks 290 times for the region.

Biggar came through the Ospreys development pathway, having attended Gowerton Comprehensive School in Swansea, and played his club rugby at Gorseinon RFC before featuring in the Premiership in the white of Swansea RFC. He made his Ospreys debut as an 18-year old at the Principality Stadium, coming off the bench late on in an EDF Energy Cup semi-final win over Saracens, establishing himself as first choice fly half early the following season. Biggar became the youngest player to reach 100 Ospreys appearances at just 22 and the youngest to make 200 aged just 27. He is also the record points scorer at the region with 2203 points to his name.  An age-grade international, he won his first senior Welsh cap in November 2008, against Canada, and now stands on 83 caps. A double PRO12 winner with the region he currently sits 4th on the all-time point scorer list for Wales. The fly-half was crowned PRO12 Player of the Year in 2014. In 2015, Biggar was crowned BBC Wales Sports Personality of the year after an outstanding year with Wales in the Six Nations, the Rugby World Cup and the Ospreys.