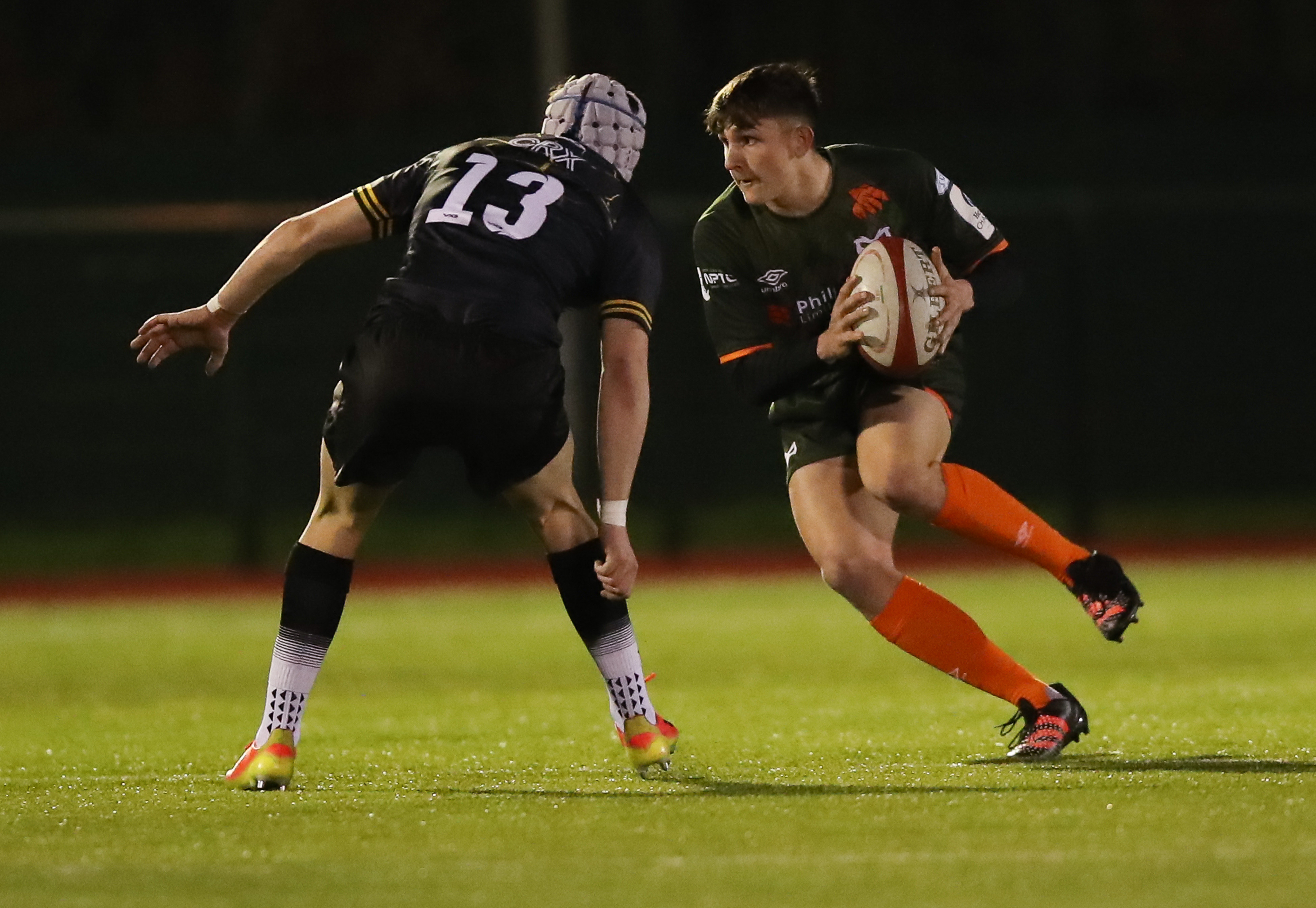 Ospreys U18s suffered their second defeat in the regional block, to the hands of the Dragons at Ystrad Mynach.

The Dragons started strongly putting the Ospreys under pressure in their own 22, forcing a knock on. After a strong scrum from the home side, outside half Sam Berry threw a long pass to Huw Anderson who stretched over to score. Berry converted.

Dragons continued to put pressure on the Ospreys, scrum half Zak Roberts was denied by a brilliant last-ditch tackle from Cori Lewis Jenkins.

The home side did score their second of the game when Anderson kicked across field, Will Rees gathered comfortably before passing to Harri Ackerman to run in. Berry converted once again.

The Ospreys responded well to going two scores down. Prop Kian Hire pounced on a loose ball from a line-out and made his way into the Dragons half. The backs threw the ball wide into the hands of speedster Llien Morgan who offloaded brilliantly for captain Jenkins to score. Rhys Harris converted.

Dragons wasted a glorious chance early on in the second half, Ackerman broke well who offloaded to Roberts, who lost the ball trying to step inside of the last man.

The home side did eventually extend their lead after Berry collected a kick over the top before using quick hands to prop Morgan Williams who offloaded to second row Nick Thomas who sprinted over the try line. Berry maintained his 100% record off the tee with the conversion.

The young Dragons scored their bonus point try with 15 minutes left on the clock as Will Rees came off his wing to run a great angle off Roberts to score under the posts, leaving Berry a simple conversion.

The home side scored another within minutes when Walker Price made his way over the try line, with Berry converting again.

However, Ospreys finished strongly, their star man Llien Morgan caught Rhys Harris’ kick off superbly to score under the posts, Harris converted to add a consolation.