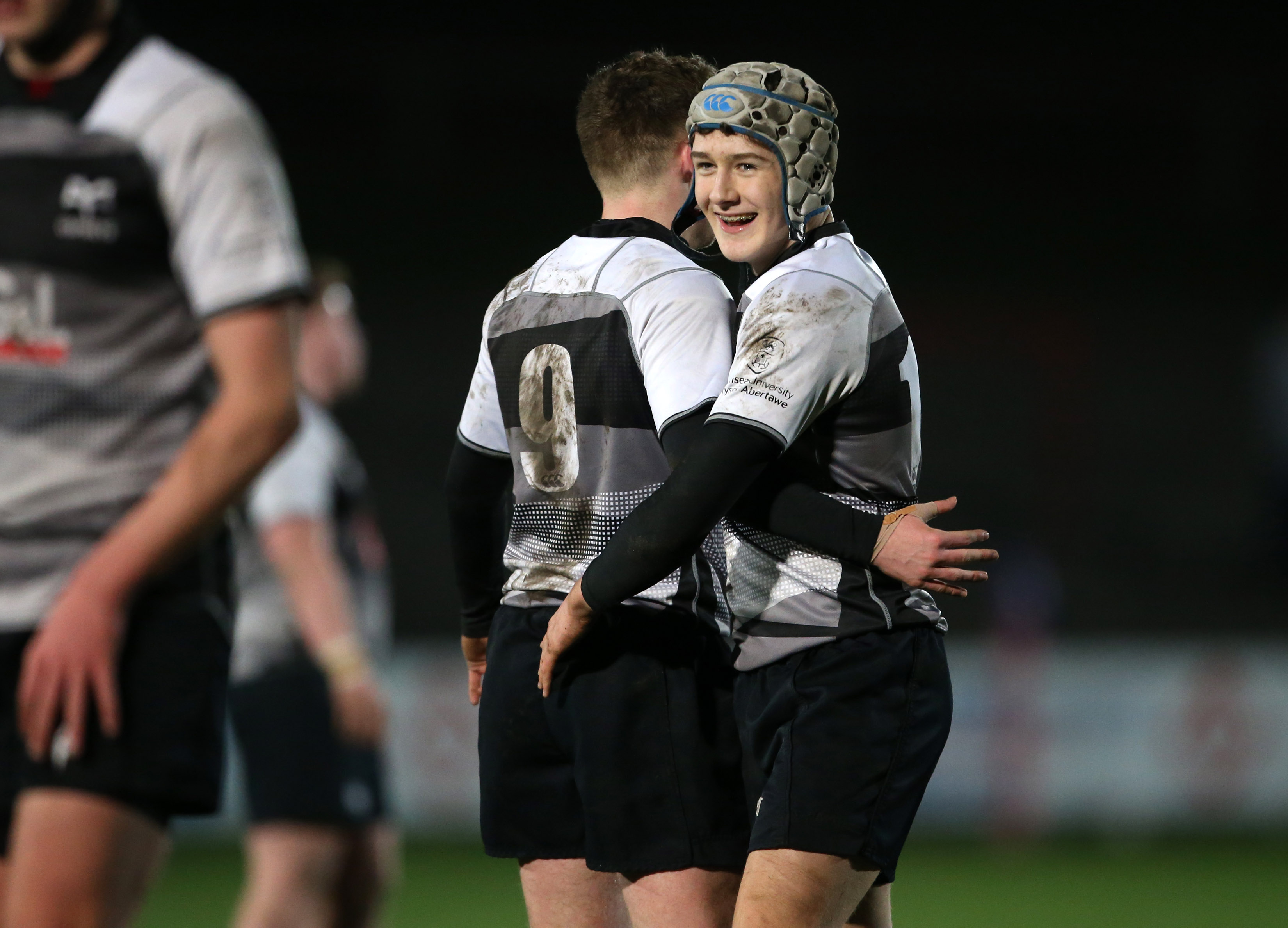 The Ospreys U16s West finished the second block of the Regional age-grade Championships on Sunday afternoon with a win over RGC at Ysgol Bae Baglan.

The win saw the young side clinch the top spot in the table and crowned U16s Champions!

Running out for the first half, the hosts were quick out of the blocks. An interception pass from Abercrave youngster Llien Morgan saw the wing race clear of the line in the opening minute to score. Keillen Cullen converting to hand the Ospreys the early 7-0 lead.

Powering back, RGC built up an attack to set up a maul in the Ospreys 22. A drive over from Elis Evans put the North Walians on the board with a try. Cain Jones converting to level the scores just shy of the 10 minute mark.

But the young Ospreys were quick to claim back their lead. Conjuring up the phases in RGC’s 22, an inside pass sent the second Abercrave youngster Kian Abraham over the line for the try. Cullen with the conversion to extend the hosts lead 14-7.

RGC still held their own well against their opponents and a drive over the line from Gareth Parry put the visitors into double figures. A missed conversion kept the Ospreys just ahead at 14-12.

Looking to keep hold of their lead, a quick pick-up from Harri Blu Houston left the fullback free to blitz over the line for the hosts’ third try of the game. Fellow Loughor clubmate Cullen having no issue slotting the conversion to take the hosts 21-12 ahead.

Tensions began to rise towards the end of the second half with both sides struggling to get over the gainline. An altercation amongst two players resulted in a red card for the Ospreys’ Rowan Andrew Lovering and a yellow for RGC’s Osian Burt.

Despite being a man down, the Ospreys dug in deep to keep hold of their lead going in at the break.

Coming out for the second half the young Ospreys replicated the opening of the first driving over the line only a minute in. Cwmgors lock Josef Meek with the score and Cullen with the conversion to extend the Ospreys lead 28-12.

With momentum firmly on their side, the Ospreys wasted no time in adding to the scoreboard. From the restart a quick pass inside to Loughor’s Harvey James saw the centre break through and burst over the whitewash. Cullen booting the 2 points to take the score to 35-12.

Keen to get back in the game and utilise the extra man, RGC fought their way back into the Ospreys half. Ploughing through the phases a quick drive from Owain Evans saw RGC score the try. No conversion left the score at 35-17.

Showing no signs of being outnumbered, the Ospreys battled valiantly in the closing few stages of the match in an effort to have the last say of the game. Another quick inside pass to Harvey James saw the centre puncture through RGC’s defence and ground the try. Cullen converting to add to his 100% record at the sticks and round off the U16s West season with a well-earned 42-17 victory.