The Ospreys U16s East took to the field on Friday evening, for their rearranged fixture against Scarlets West at the Gnoll.

Two nights later than originally planned after Wednesday’s postponement, the Ospreys U16s East looked to continue their winning run when they eventually took on the Scarlets  West at a defrosted Gnoll on Friday night.

The hosts looked to gain the upper hand in the opening stages of play, denying their visitors any territory .A quick break from Sam Jardine brought them closer to the whitewash, but a drive over the line was held up by the Scarlets to deny the Ospreys.

Still with the scrum in a good position, a solid set piece from the Ospreys set them up nicely to power their way over the line for the opening try. Ellis Hogan with the grounding and Jac Tregoning with the conversion to give the Ospreys the 7-0 lead with 10 minutes on the clock.

With the momentum on their side, the Ospreys challenged well for the ball in the next couple of stages. Oliver Burrows with a good take, forced a penalty against the Scarlets to keep the Ospreys firmly in control.

But a missed kick to touch handed possession back to the Scarlets, who powered their way into the Ospreys half for the first time in the game. But their attack was short lived as brilliant defence from the Ospreys and a superb turnover from Mason Hughes gave the Ospreys the penalty to clear back up field.

However a penalty at the Ospreys lineout, gave the Scarlets back the ball and quick interplay from the backs and a pass out wide sent Rhun Phillips over the line for their first of the game.  The conversion from Kyren Grey evened the scores.

With both sides looking to take the lead, the Ospreys were forced to defend in the next few stages. The Scarlets were building up the phases, but struggled to gain any headway against a solid Ospreys defence. A sturdy tackle from captain Trystan Davies sent the Scarlets flying backwards, and the Ospreys were soon rewarded for their efforts with the Scarlets penalised for holding on.

The Ospreys looked to take quick advantage,a pass out wide saw Logan Phillips pick up the pace on his wing to take the Ospreys deep into the Scarlets 22 but before he could reach the line, he was tackled into touch, the referee blowing up for half-time with the scores even.

Coming out for the second half, both teams struggled to take control.

Eventually the Scarlets earned a penalty for holding on to take them into the Ospreys 22. A good attack from the visitors sent Grey crashing over for their second try of the game before converting his own try, taking them seven ahead with 50 minutes played.

But the Ospreys fought back well, building up an attack once again, they found themselves come within metres of the Scarlets line. A strong take from Morgan Hibbard saw him crash over for the Ospreys second try, Tregoning with the extras to even the scores.

This time the Scarlets didn't take long in responding, a ferocious attack from the side left the Ospreys scrambling their defences. Despite their defensive work, the Scarlets were too strong, driving over in the corner for their third try, with William Hughes scoring, his try going unconverted.

Holding a five point lead the Scarlets kept on the attack and with the penalties stacking up against the Ospreys the Scarlets were able to take advantage. A quick take from the backs saw Aiden Bateman ground their bonus point try and the conversion took the score to14-26 with just under 10 minutes left on the clock.

Trying to conjure up an attack and get themselves back in the game, the Ospreys earned a penalty to kick to touch in the Scarlets half. Protecting the ball well, they tried to build up the phases, but a penalty for holding on turned the ball back over. With the Scarlets looking to gain some ground a high tackle from Trystan Davies resulted in a yellow card to leave the Ospreys down to 14 men in the closing minutes.

Despite the one man deficit it was the Ospreys who scored next. A solid take from the pack kept the hosts in possession and a powerful break from Alex Davies brought the Ospreys into the Scarlets half.

Spotting the gaps in the Scarlets defence an offload to Luke Weaver saw him ground the ball over the line for the Ospreys third try, Tregoning with the conversion in line with the posts to narrow the scores 21-26 with less than two minutes left on the clock.

With just one score separating the two sides, there was still enough time left for the Ospreys to snatch a win. Claiming the ball from the restart, the Ospreys protected the ball well in the final stages of play, blitzing their way through the Scarlets defence saw them break their way into their opposition’s half. Just as they looked to make more ground, the referee blew up for a penalty to the Scarlets, allowing them to kick out for the final whistle. 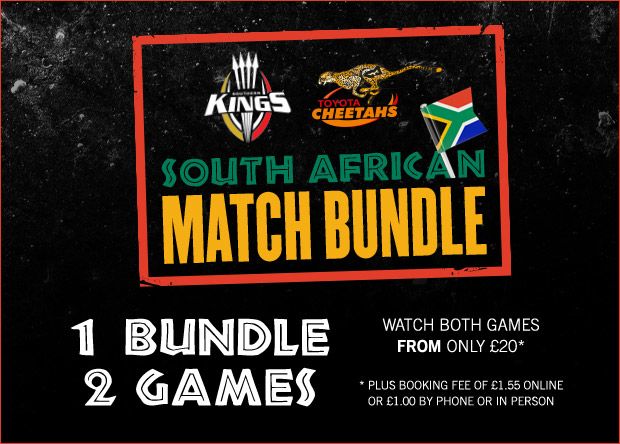