The trio, all keen golfers, were the first players to try out the facility which is now managed by Clays Golf following a commercial deal that has seen Mond Valley investing into a commercial advertising package with the Ospreys for next season.

British & Irish Lion Tipuric, who was a junior member at the club in its previous incarnation as Tawe Vale, enjoyed his return to the course and took the opportunity to send a few balls down the fairway. He commented:

“It was great to have a little knock to get to know the course again. It’s a testing course, one that offers a challenge to players of all levels. It’s brilliant that they are working with the Ospreys and I’m really looking forward to enjoying a few rounds with some of the boys over the summer.”

An 18-hole Par 70 course with stunning views of the Black Mountains and bordered by the meandering River Tawe and Swansea Canal, Mond Valley was originally established as a nine-hole course in the 1960s intended to be a resource exclusively for INCO (Clydach Refinery) employees. Since then it has grown into its current format, with over 500 members. Next year will see the club celebrate its 50th anniversary.

“We are very proud to be working in partnership with Ospreys Rugby for next season and, as part of that relationship, to welcome the players to Mond Valley Golf Club. We have a first class facility and I know that Justin, Ryan and Dan were all very impressed with what we have to offer, and have vowed to come back regularly with their team-mates to enjoy their memberships.

“It is important to us as a sporting organisation in south west Wales to have close ties with similar organisations, and we are delighted that the Ospreys feel the same way.”

“Our relationship with Mond Valley has been growing over the last two years and they have seen a real value in working with us, leading to increased involvement for 2014/15. With over 125,000 people having passed through the gates at home games this season and a television audience of millions, the reach that businesses can have from working with us is huge and offers a tremendous value way of growing your brand.

“Local business are the lifeblood of our organisation so we are delighted when see relationships like this one with Mond Valley growing. We look forward to this being a long-term relationship that benefits all parties.”

Mond Valley Golf Club welcomes visitors and golf societies throughout the year, along with a number of visitor packages, green fee offers and membership schemes. For more information see mondvalleygolf.co.uk 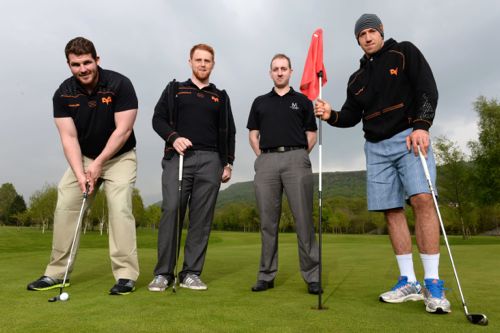