Ospreys team to play the Scarlets

The Ospreys team to play the Scarlets at Liberty Stadium on Saturday 18th May 2019, 7.45pm KO, is as follows:

Sam Davies plays his 150th game for the Ospreys

“We’ve done exceptionally well over the last four rounds of the regular season to come up on the rails and secure a home play-off on Saturday night against the Scarlets, for that final Guinness PRO14 spot in next season’s Champions Cup.

“It says a great deal about this group, about their character, mental strength and their ability, that we have put ourselves in this position when nobody outside of our environment would have backed us back in March. They deserve immense credit, but there is a realisation within the squad and management that we have another game to go with the outcome resting on the 80 minutes on Saturday.

“It’s a one-off game and the prize is huge. Our games with the Scarlets in recent seasons have been tight, one score contests, and you would expect this to be similar. We know what we have to do, we know what we are about, and we have to focus on what we do well, what has got us into this position over the last two months. There’s a respectful excitement about us and we want to represent our Region, in front of our own supporters, having left everything out on the pitch.” 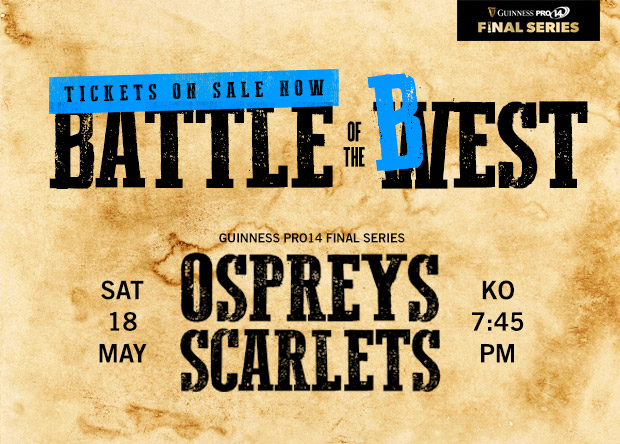