The Ospreys team to play Edinburgh at the Liberty Stadium on Friday 19th February 2016, KO 7.05pm, is as follows:

The following players are absent on international duty:

“It was a good night for us in Munster on Sunday, a team effort that everybody can be proud of. The average age of the side was just 23, and to see the maturity of the performance, especially under pressure, was impressive. We went with a plan, which they bought into and believed in, stuck to the task and got their reward against a good team at a ground where away teams don’t often leave with anything.

“There’s no let up though, with a quick turnaround into Friday night and another difficult game against a team just above us. We know that if we don’t back up the Munster result with a similar performance and outcome then all our efforts in Cork will be wasted.

“We’re going up against an experienced, big and physical team who have the second best defence in the league, so it’s not going to be easy. They should have won at the Scarlets last week and were desperately unlucky, so we realise the size of the challenge they’ll pose. The boys coming back from Wales will give us a welcome boost but the reality is that it’s a still a young group going into battle again who will need the full support of the crowd on Friday to really lift them and get behind them.

“There are eight games left and each of them is massive for us in terms of how the season shapes up. Nothing will be won or lost this week, but we know that if we want to climb the table then we have to take points off the teams above us in the table, just as we did last weekend.

“It’s a fascinating stage of the season, you look at our next four fixtures against teams above us, you see everybody beating each other, and it’s impossible to predict how the table is going to shape up. We’ll just focus on what we can do, which is look after our performance week in, week out, and we’ll keep giving everything to achieve our goals.” 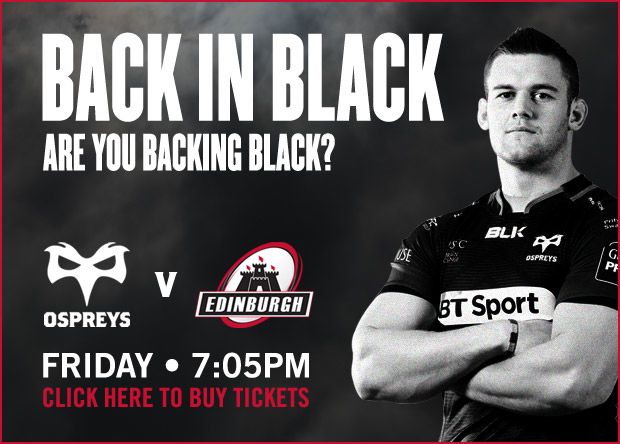