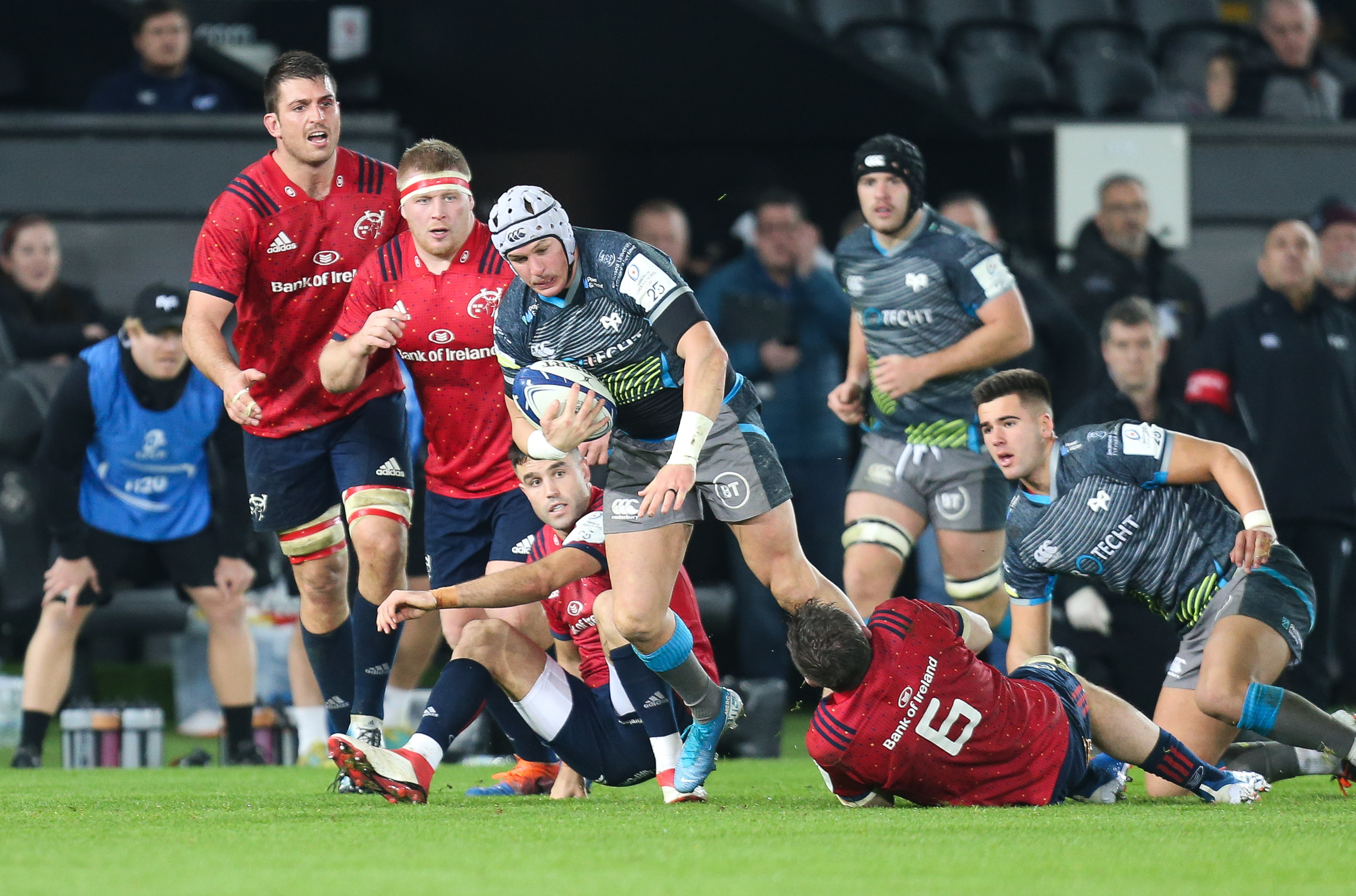 The Ospreys team to play Saracens in the second round of the Heineken Champions Cup at the Allianz Park, on Saturday 23rd November K.O 1pm has been named:

The Ospreys travel to London to take on defending champions Saracens on Saturday afternoon, and we welcome back five of our Welsh internationals into the mix.

Owen Watkin returns in the centre, alongside young Kieran Williams who impressed off the bench against Munster last weekend. An unchanged back three sees Cai Evans wear the fullback jersey with Hanno Dirksen and Tom Williams on each wing. A new half-back partnership of Aled Davies and James Hook complete the starting backs. Tiaan Thomas-Wheeler, Shaun Venter and Luke Price provide the cover off the bench.

Up front, Nicky Smith packs down with Scott Otten and Ma’afu Fia, with Bradley Davies and returning Adam Beard partnering in the second row. In the back row, Olly Cracknell is handed the skipper role with Marvin Orie named as flanker and young Morgan Morris at number 8. Ifan Phillips, Gareth Thomas and Tom Botha are named as replacements, with Lloyd Ashley and Sam Cross completing the Ospreys line-up.