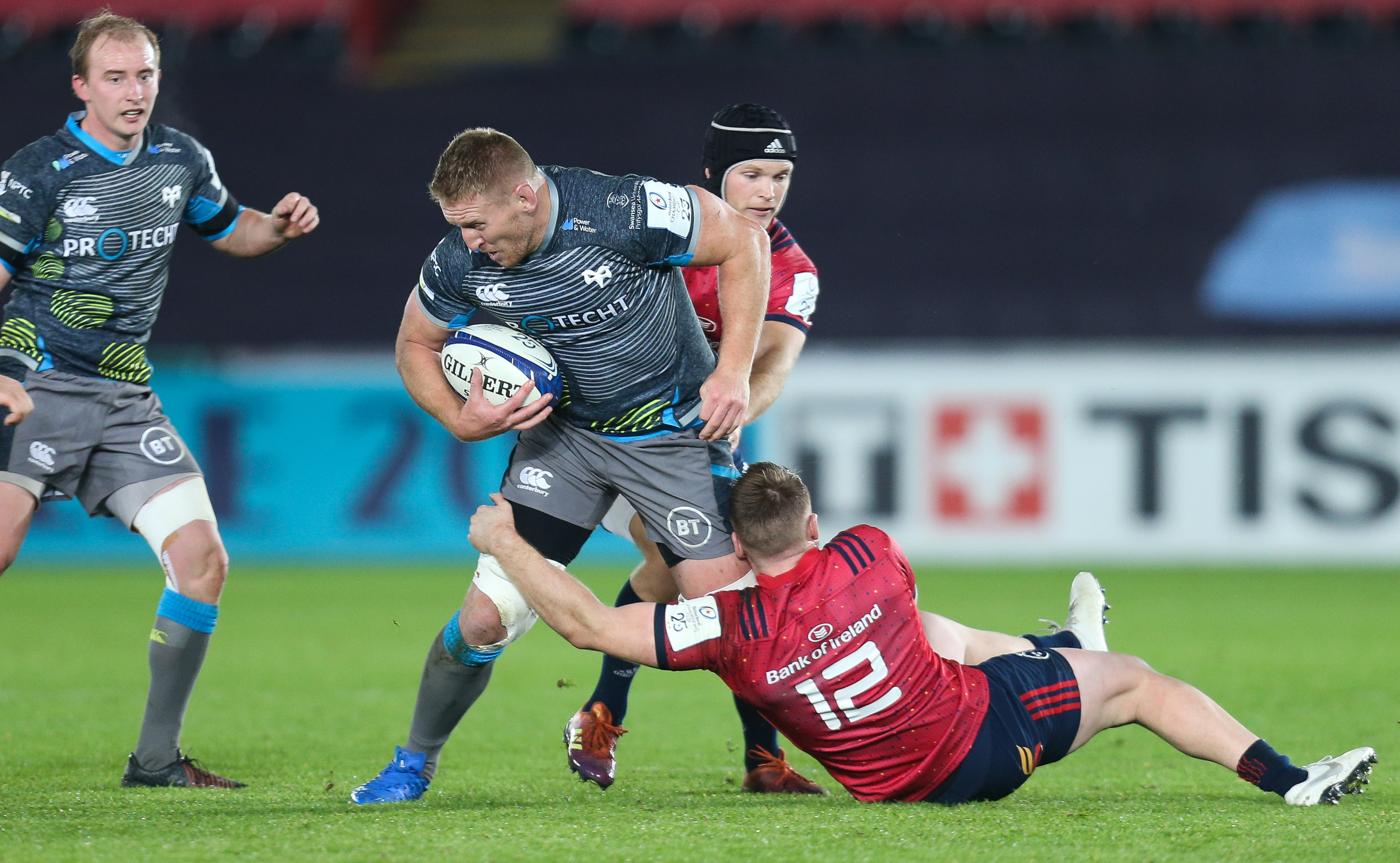 The Ospreys team to play Racing 92 in round three of the Heineken Champions Cup at the Liberty Stadium on Saturday 7th December, K.O 5:30pm has been named:

The Ospreys return to Heineken Cup action on Saturday evening, when they face French side Racing 92.

New signing Marty McKenzie makes his Ospreys debut and is handed the number 10 jersey. He partners up with Aled Davies to form the half-back pairing. An unchanged back three sees Dan Evans line up alongside Luke Morgan and Hanno Dirksen. Owen Watkin and Scott Williams complete the backline with Tiaan Thomas-Wheeler, Luke Price and Shaun Venter providing the cover off the bench.

Up front, Nicky Smith returns to the starting lineup alongside Scott Otten and Ma’afu Fia, with Bradley Davies and the returning Adam Beard partnering in the second row. An unchanged back row sees Dan Lydiate captain the side with Olly Cracknell and young Morgan Morris completing the pack.

Bradley Davies will make his 50th appearance for the Ospreys.