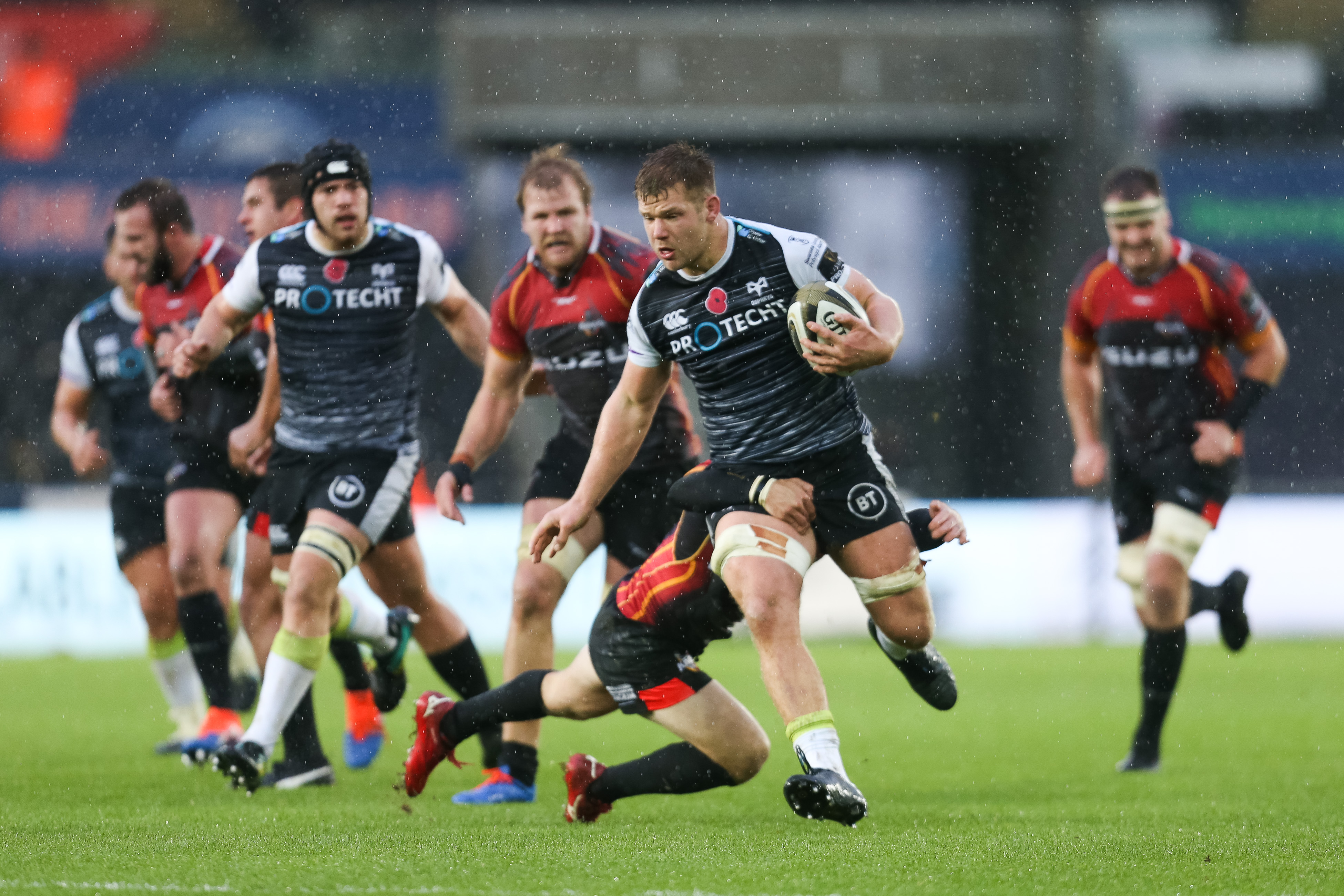 It's been two long seasons since the Ospreys competed in the top European competition. But on Saturday 16 November, Allen Clarke's men will take to the field against Munster in the Heineken Champion's Cup once more. There's a welcome boost on the bench this week, with three Welsh internationals returning for regional duty.

There's just one change in the back line from last week's lineup with Tom Williams given a starting position ahead of Lesley Klim on the left wing. Cai Evans runs out at fullback and Dirksen is named on the other wing. 19-year-old Tiaan Thomas-Wheeler starts his sixth game in the midfield alongside Scott Williams, while Shaun Venter will be distributing at scrumhalf to Luke Price outside him.

Scott Otten gets an opportunity in the front row, packing down at hooker between Rhodri Jones and Ma'afu Fia at loosehead and tighthead respectively. Springbok Marvin Orie gets his third start in the second row alongside Ospreys stalwart, Lloyd Ashley. Captain Dan Lydiate, Olly Cracknell, and Morgan Morris form an unchanged back row.

There are some familiar names on the bench this week, as prop Nicky Smith, lock Bradley Davies, and scrumhalf Aled Davies return from their Rugby World Cup exploits in Japan to give the squad a boost.