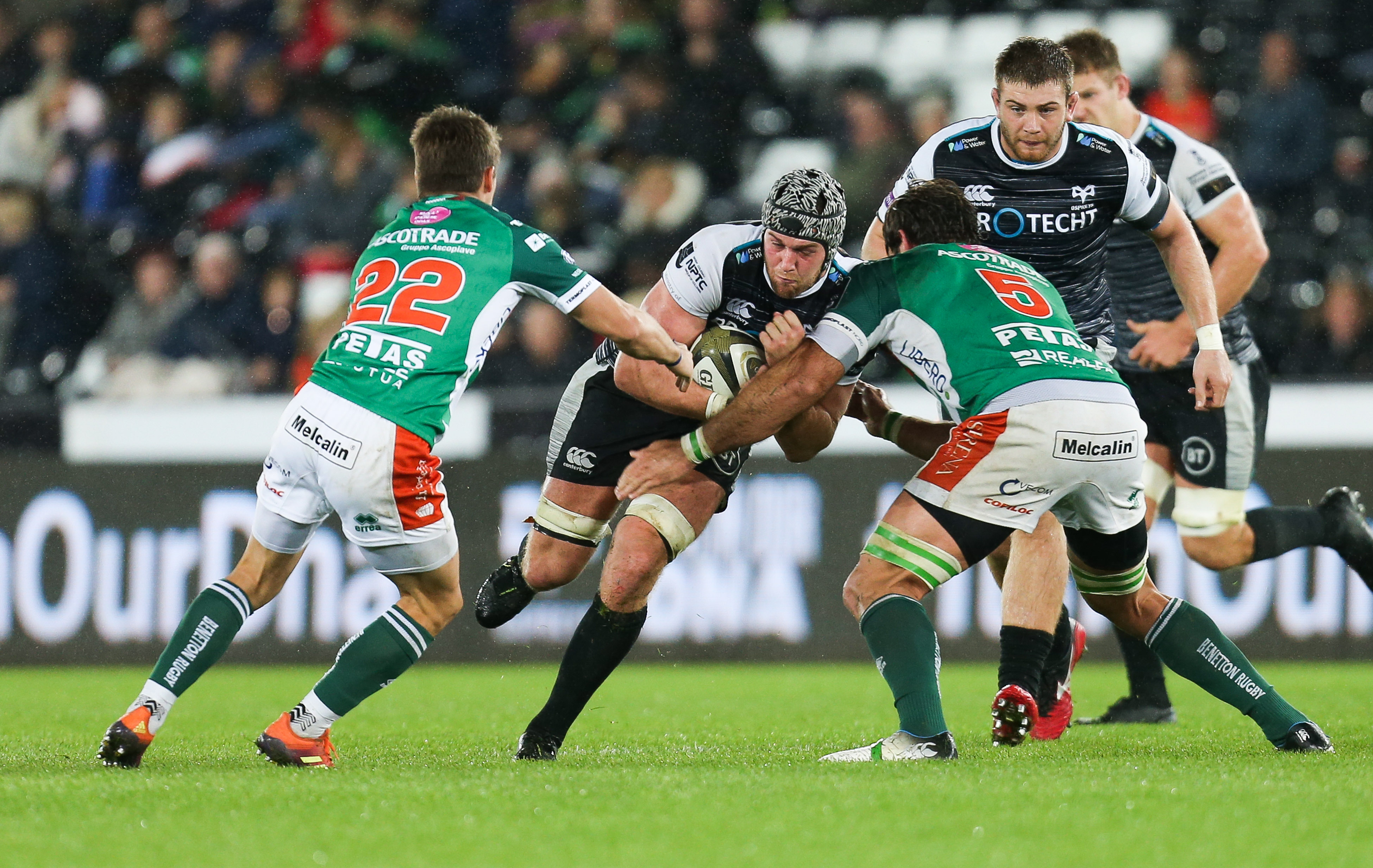 The Ospreys team to face Connacht at the Liberty Stadium, Swansea on Saturday 2nd November K.O 5:15pm has been named.

There's no change in the back line, as young Cai Evans maintains his position at fullback with Dirksen and Tom Williams on each wing. Thomas-Wheeler and Scott Williams partner up once more in midfield, while Luke Price and Matthew Aubrey maintain their half-back partnership at outside half and scrumhalf respectively.

The front row is also unchanged, with Parry packing down at hooker with Rhodri Jones and Tom Botha joining him in the front row. South African international Marvin Orie, making his Ospreys debut and lines up alongside Lloyd Ashley in the second row, allowing interim captain Dan Lydiate to return to his usual position on the blindside flank. Olly Cracknell moves across the back row and back to the openside while Dan Baker makes his first start of the season at number eight.

On the bench, Lesley Klim will be looking to make his first appearance in front of the home crowd, while young Morgan Morris comes into the squad to cover the back row. This will be the Ospreys' 500th competetive game. The full team can be viewed below.

Head Coach - Allen Clarke
"We're excited to be back at the Liberty Stadium in front of our home crowd. The boys are fully focused on the level of performance required to be successful against the challenge"