Ospreys Rugby are delighted to announce the addition of Namibian international Lesley Klim to next season’s squad, the highly rated centre/wing signing a two-year deal with the region.

The 23-year old is viewed as an exciting prospect, bringing physicality and pace to the backline, and will link up with the Ospreys at Llandarcy Academy of Sport this summer.

Featuring regularly over the last two years for Windhoek based side Welwitschias in South Africa’s domestic competition, the Currie Cup, Klim finished both season’s as his club’s top try scorer.

Having been capped by Namibia throughout the age-grades and at sevens, he made his senior international debut against Spain last June at the World Rugby Nations Cup in Uruguay and has now scored six tries in eight games for his country.

Klim’s eye-catching form for club and country saw him handed the chance to move to the UK at the turn of the year, joining Doncaster Knights on a short-term contract. Following a try-scoring man-of-the-match debut against Bristol in mid January, his record to date under Clive Griffiths at the Yorkshire club is two tries in four games. 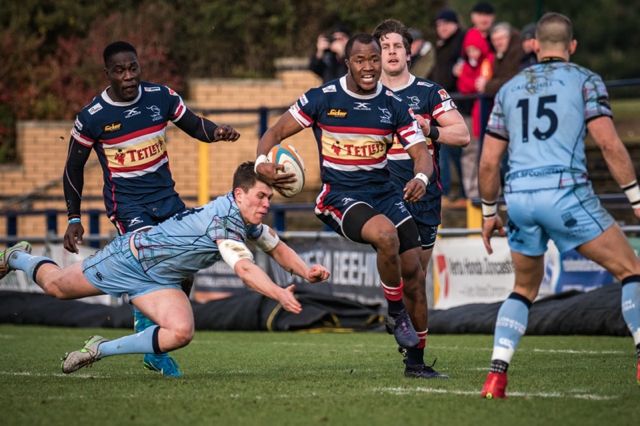 “Lesley is a player with fantastic physical attributes and a real X factor” said Dan Griffiths, Rugby General Manager at the Ospreys.

“His Currie Cup performances really caught the eye with his ability to beat people and pace to score tries from all parts of the pitch. With the high tempo, expansive rugby we want to play, we felt that Lesley could add real speed and threat in the wide channels.”

“The immediate impact Lesley has made in such a short time at Doncaster reaffirmed our belief that in an Osprey environment, aided by quality players and coaches around him, he has the qualities to be a really exciting addition.”

When he reports for pre-season training, it won’t be the first time that Klim has visited the region, having captained Namibia at the 2016 World University Rugby Sevens Championship, hosted by Swansea University. 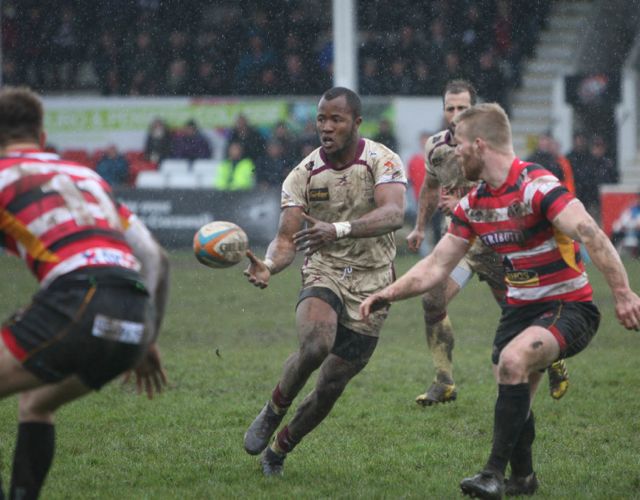 Speaking about his impending move to the Liberty Stadium, Klim’s excitement was evident.

“I’m delighted to sign for the Ospreys, it’s a huge opportunity for me and I’m looking forward to playing quick, attacking rugby with a good team” said Klim.

“I’ve known about the Ospreys since I played sevens in Swansea a few years ago and I know that there are so many quality players there. I'm really excited about being part of the Ospreys, training and playing with top internationals and Lions, and giving the best I can to help the team.

“I think that being at the Ospreys I can become a better player. I’m an attacking player who likes to have the ball in my hands, using my feet and vision to beat players and create opportunities for my teammates.

“This is fantastic opportunity for me and I can't wait to get started.”

As well as the three confirmed new signings to date, the Ospreys have secured the services of six key senior players for next season to date, with Adam Beard, Olly Cracknell, Ma’afu Fia, James King, Sam Parry and Owen Watkin all signing new contracts since the start of the year.

In addition, Olympic silver medallist, Sam Cross, has committed to the Ospreys by completing a permanent switch from Wales Sevens, with two of the brightest young talents in the Welsh game, Will Jones and Reuben Morgan-Williams, signing their first pro deals.