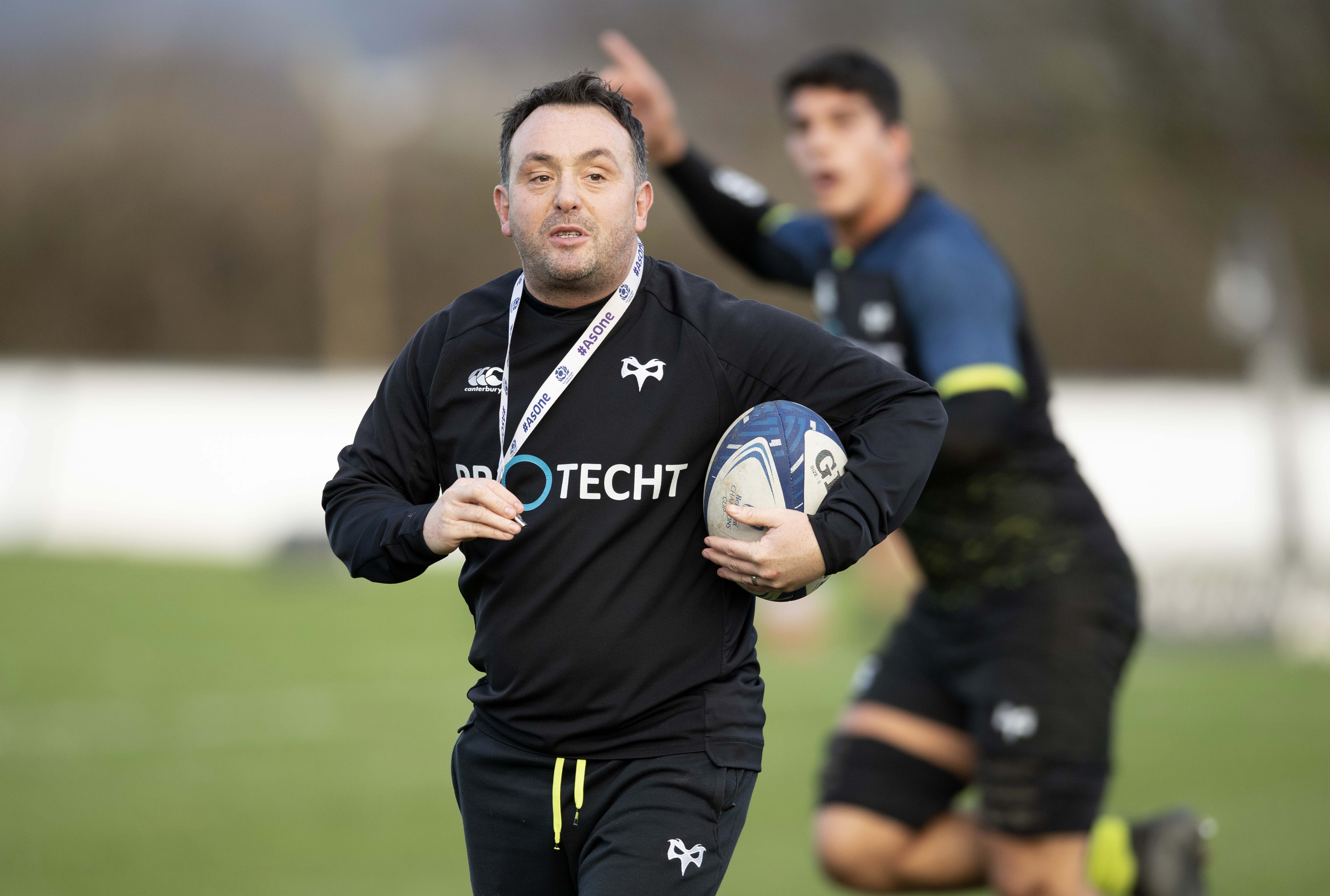 The Ospreys are about to start a new chapter in the season when they face three mouthwatering Welsh derbies as the festive season truly kicks in in Wales, says backs coach Matt Sherratt.

Captain Justin Tipuric returns to lead the side after five months away from the Ospreys with the national side, as traditional Welsh rugby rivalries dominate the Christmas and the New Year fixture list.

The Ospreys host Cardiff Blues at the Liberty Stadium on Saturday evening before they hit the road for trips to Llanelli and Newport to face the Scarlets and the Dragons, respectively.

"It's almost a new chapter in the league," said Sherratt.

Matt Sherratt, Backs Coach
"There has been an improvement in our performances over the last two or three weeks and it's all about building on that improvement"

"We have talked about the three ways you get your credibility in a season, and that's domestically in the league, in Europe, and especially in the Welsh derbies.

"They are league games but there is always an added significance to them.  Everyone in the squad is really excited about them.

"There has been an improvement in our performances over the last two or three weeks and it's all about building on that improvement and having the right gameplan, sticking to that and trying to beat a dangerous Blues team."

The Ospreys have lost 10 of their last 11 games but have faced some of the biggest teams in Europe, including Racing 92, Saracens and Munster in the Heineken Champions Cup.

They have played the four Irish provinces, including Munster, Ulster, and Leinster away, and three of their home games have been in torrential rain.

Sherratt also revealed that Greg Garner, the Elite Referee Manager for the Pro14, had ruled that the Ospreys should have been awarded two penalty tries in the defeat to the Cheetahs.

"It's easy to look at a scoreboard in a newspaper," said Sherratt.

"But when you put the season into context, it is a lot different. "

Justin Tipuric, Ospreys Captain
"In the Welsh derbies, anyone can win."

Skipper Tipuric returned to Ospreys duty this week and was drafted straight back into the starting line-up after returning from Wales duty, including the World Cup in Japan.

His return to the side has been a major boost to the Ospreys but his primary focus is on getting a win, and the all-action flanker is well aware of the attacking threat posed by the Blues attack.

"With the backline they have got, they will try and throw the ball around and get their backs playing," said Tipuric.

"They play some fancy rugby and it will be tough for us to try and stop that.

"But in the Welsh derbies, anyone can win.

"It would give us a bit of momentum and sometimes it's not how you win, but just getting over that line and just getting more points on the board than the other team."