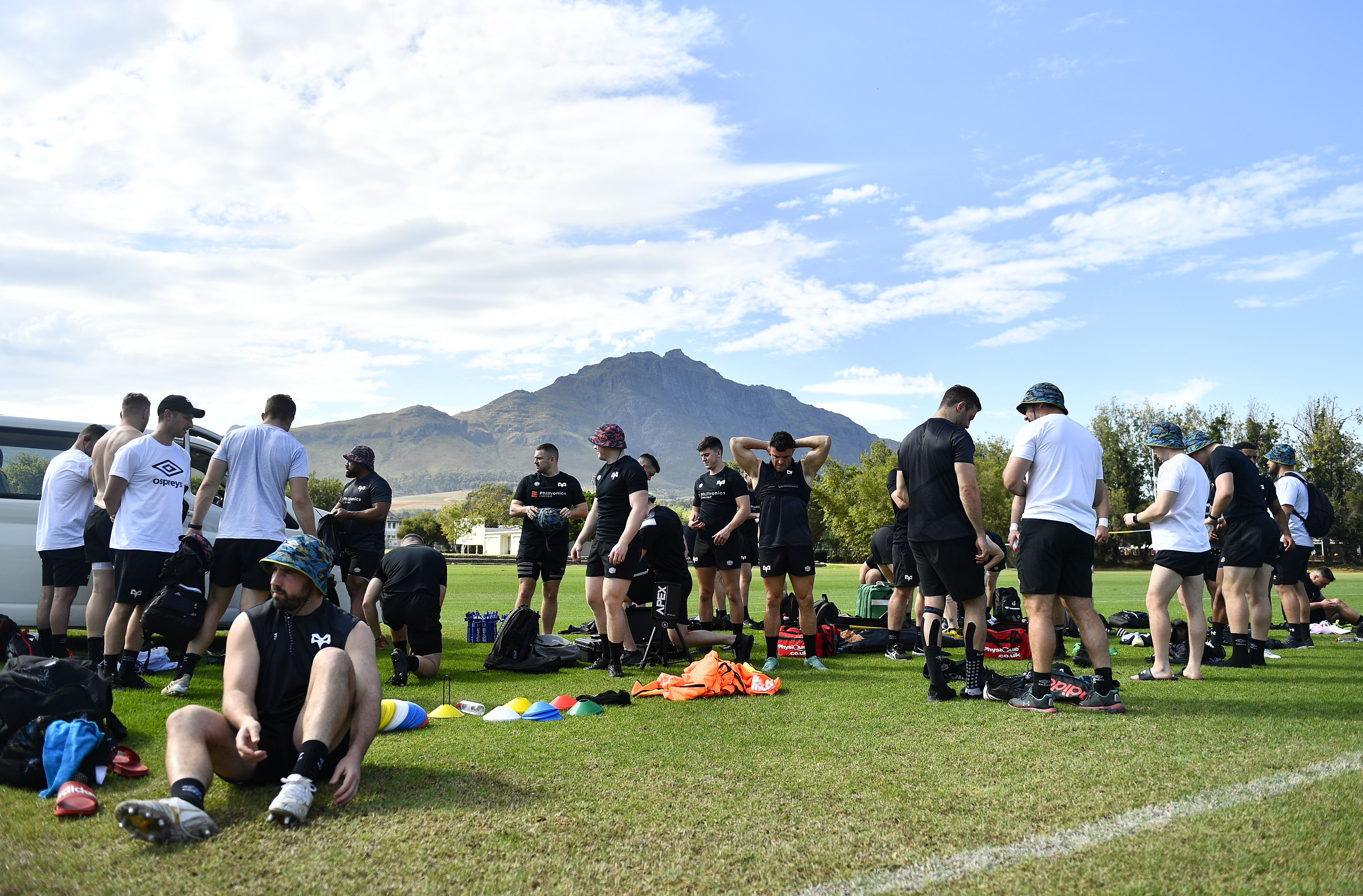 Ospreys prepare for next 6 games in the URC

The Ospreys are ready for the last six games of the United Rugby Championship and the race for a last eight play-off place as the campaign reaches it’s finale with the Welsh Shield at stake.

The remaining fixtures start with the Ospreys on the road facing two of the biggest names in the tournament – the Emirates Lions and the DHL Stormers – in South Africa for the first time.

Toby Booth’s side will face the two South African powerhouses with line-ups, including World Cup winners and some of the most exciting players emerging in the southern hemisphere including ex Ospreys Marvin Orie who will line up for the Stormers.

The tour to South Africa provides the Ospreys with an exciting challenge and a chance to measure how far the side has come in the inaugural URC campaign in one of rugby’s heartlands.

When the side returns from the southern hemisphere, the Ospreys face three exciting and traditional Welsh derbies,

First up, the Ospreys travel to face their big city rivals Cardiff Rugby at the Arms Park for the first time in a number of seasons as all the Welsh sides compete for the Welsh Shield and qualification for the Heineken Champions Cup.

The following week, the ‘West Wales Derby’ against the Scarlets will see the Swansea.com Stadium transformed into a unique event for every Welsh rugby supporter and a great day out for families, with a funfair, street food and craft beer stalls and live music as part of the day.

Tickets for the Scarlets fixture are selling fast with only six hospitality boxes at the Swansea.com Stadium still available, while only a few places in the Hospitality lounges ‘The Nest’ and ‘The Executive Club’ still remain.

🙌Your support makes all the difference at the @SwanscomStadium 💪

Join us for our next home game! The West Wales derby against @scarlets_rugby on Saturday 30th April, K.O 5:15pm

Ospreys and Wales legend Ryan Jones will host the day and we have been inundated with ticket requests from supporters and businesses in the region for Welsh rugby’s biggest derby fixture.

“As the United Rugby Championship campaign reaches its conclusion, the return of supporters and the appetite from everyone to back the Ospreys and to play their part in supporting the team has been truly impressive,” said Anthony Cole-Johnson, the Ospreys Commercial Director.

“We wanted to welcome you back to witness the West Wales derby, a game which traditionally is the biggest fixture in our season, with a real emphasis of providing a unique day out for families and supporters of all ages.”

After a short break the Ospreys will host the Dragons on 8th May, it what is likely to decide the Ospreys position in the Welsh Shield.

Then the Ospreys final home game of the regular URC campaign will be against the Vodacom Bulls of South Africa on Friday 20th May. The Bulls were the most successful South African rugby franchise in Super Rugby.

It promises to be a mouth-watering fixture between two sides that are the most successful sides from their respective countries during the professional era.

Tickets for all home fixtures are on sale now at ospreysrugby.com/buytickets

Prices starting from £6 for Under 25 and £16 for adults. Booking Fees apply.