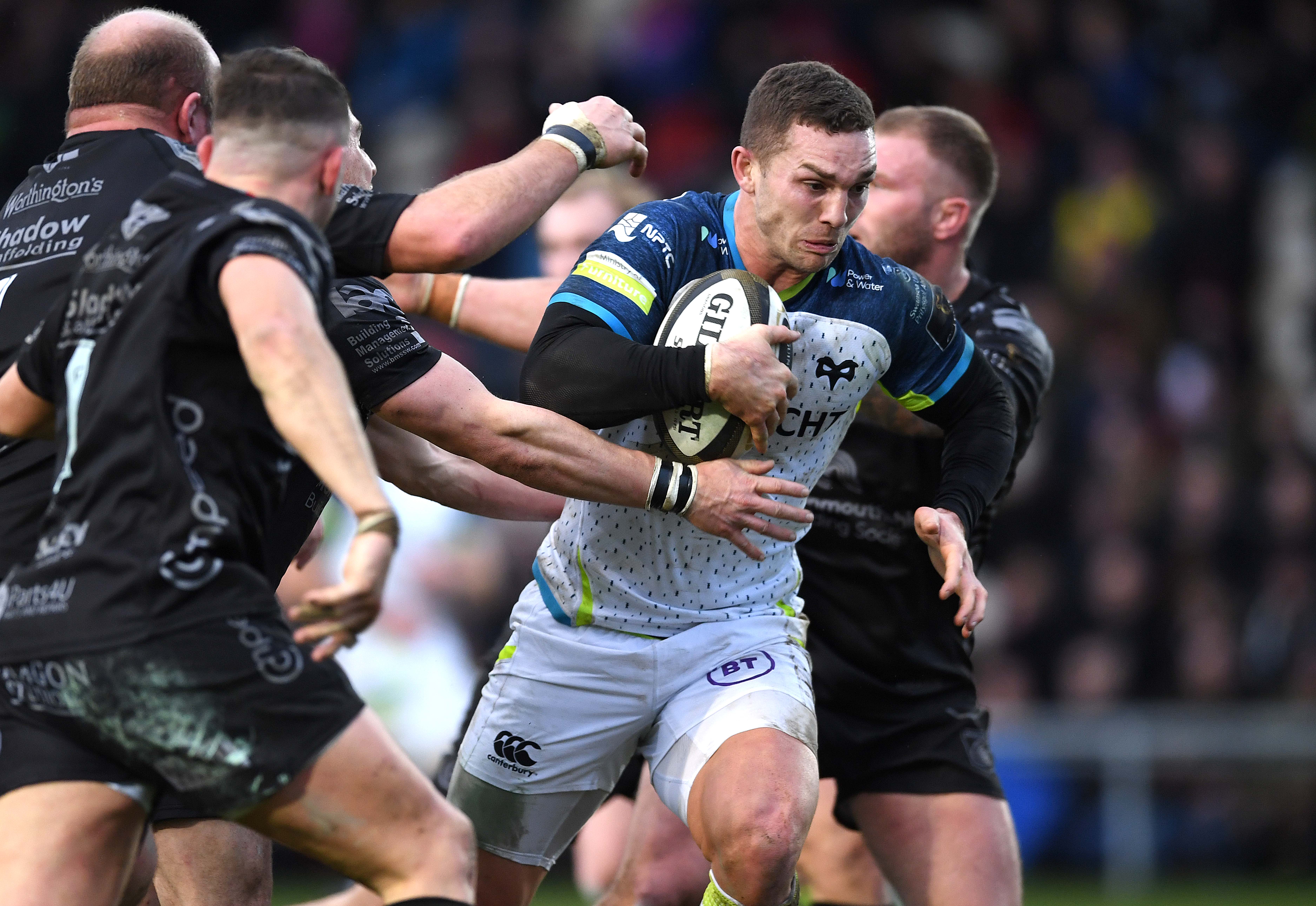 It has been five long months since a team was announced, but it gives us great pleasure to name this starting XV as the Ospreys return to Guinness PRO14 action this weekend.

Ospreys' try scoring machine Dan Evans makes a welcome return at fullback, linking up with two Welsh international wingers in George North and Luke Morgan, both of whom offer terrific pace out wide. The young midfield pairing is nothing if not exciting, with Keiran Williams, who raised more than a few eyebrows with his deceptive pace and power, lining up alongside international Owen Watkin.

Summer signing and experienced Northampton outside half, Stephen Myler, will link up for the first time with returning Osprey legend, Rhys Webb. It's a half-back combination that boasts plenty of experience between them, and they'll be looking to marshal the troops outside them.

There's no lack of power in the pack, especially in the front row with Nicky Smith and Tom Botha packing down at loosehead and tighthead respectively, either side of the imposing figure of Sam Parry at hooker. It's a familiar looking, all-international second row, as Adam Beard packs down shoulder to shoulder with the world-renowned Alun Wyn Jones.

If the tight five is packed with power, then the back row is as dynamic a trio as you'll find in Welsh rugby. Young Morgan Morris, just 21 years of age, made a lasting impression in his previous outings, and is entrusted with the number eight jersey once more. Guarding the blindside is tackling machine Olly Cracknell (who is the top ranked tackler in the Guinness PRO14 with 171 tackles); while inspirational Ospreys captain Justin Tipuric will no doubt make his presence known on the openside.

Only three of the eight-man bench were born before 1998, a real display of faith in the Ospreys' youth. Up and coming hooker, and former Wales U20 captain, Dewi Lake will be looking to make his mark from the bench, as will loosehead Gareth Thomas and new signing, Nicky Thomas, at tighthead. Two locks are named on the bench, with Welsh international Bradley Davies and the young, and promising, Will Griffiths returning from injury to make the squad. Covering backs is a cohort of future prospects: 22-year-old scrumhalf Reuben Morgan Williams, 20-year-old outside half Josh Thomas, and 20-year-old Tiaan Thomas-Wheeler.