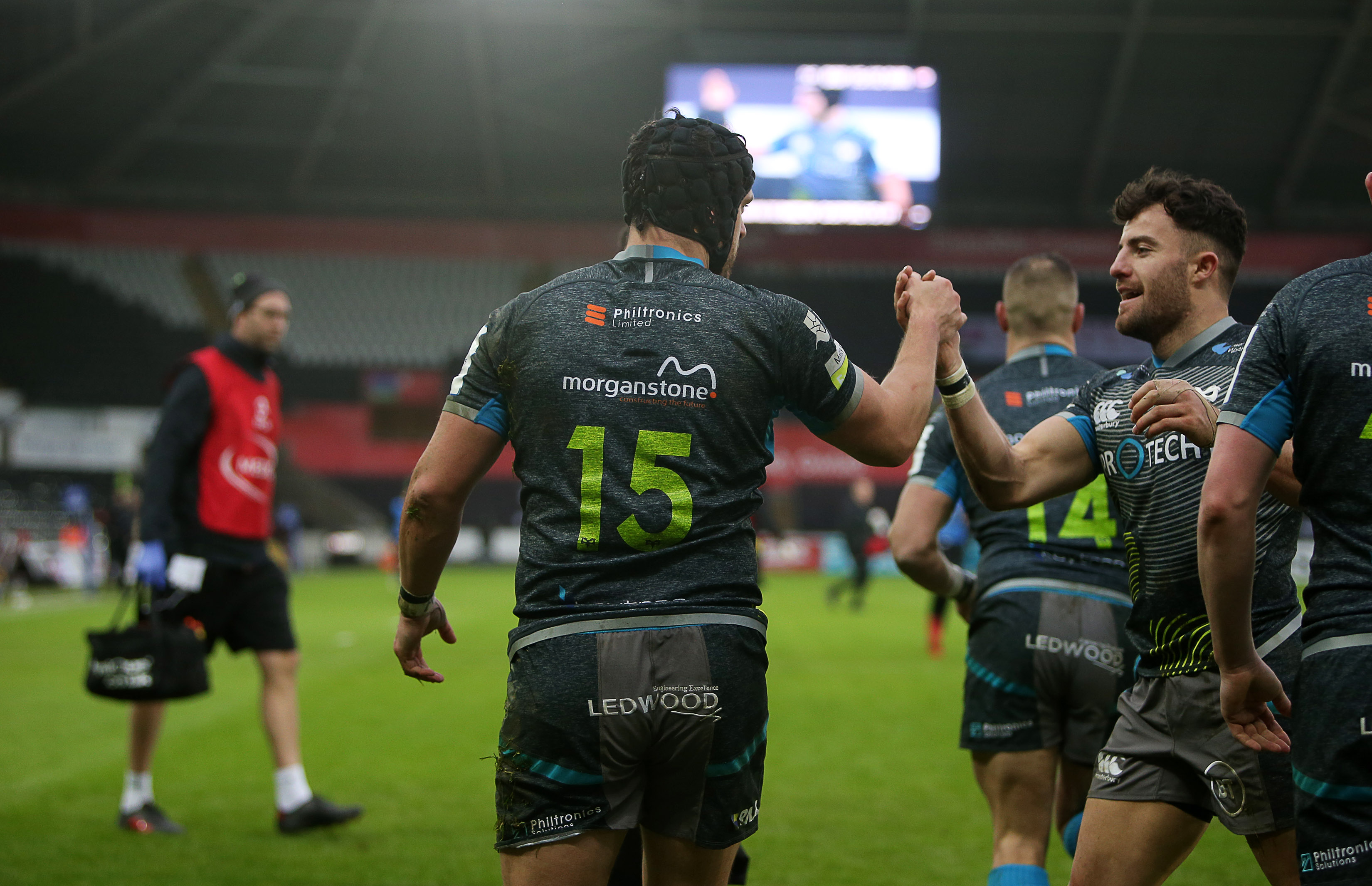 Ospreys name side to face Munster

It's the final pool game of the Heineken Champions Cup for the Ospreys, but there's no sign of going out quietly with this team selection.

Dan Evans, who scored a brace of tries on his return last weekend against Saracens, reclaims the fullback position with Hanno Dirksen and Luke Morgan named on the right and left wing respectively. George North once again pulls on the number 13 jersey, showing his versatility in the backline alongside Scott Williams to form a powerful midfield pairing. Shaun Venter and Luke Price maintain their half-back partnership from last weekend and will be looking to get the back line firing against a dangerous Munster team.

Nicky Smith reclaims the loosehead position this weekend, while Ma'afu Fia packs down at tighthead once more alongside hooker Scott Otten in the front row. Locks Bradley Davies and Alun Wyn Jones are paired up in the second row, offering plenty of power and experience in the engine room. Dan Lydiate takes up his position at blindside with captain Justin Tipuric returning and named on the other side of the scrum. Number eight Dan Baker shifts from the bench into the starting XV this week, having had a successful run out against the reigning European Champions last weekend.

The bench is a 6/2 split this weekend and is packed with both youth and experience with Sam Parry, Darryl Marfo, and Gheorghe Gajion providing a beefy front row replacement. Crowd favourite Lloyd Ashley covers the second row, while Olly Cracknell and Sam Cross offer mobile and dynamic back row cover. Young scrumhalf Reuben Morgan-Williams is given an opportunity from the bench, as is Cai Evans, who had a solid run of games during an injury crisis earlier in the season.