Ospreys Rugby are delighted to announce that Lloyd Ashley has become the 16th player to recommit to the region ahead of next season.

The 25-year old joins the likes of senior players Alun Wyn Jones, Dan Biggar and Rhys Webb, along with exciting up and coming talent such as Adam Beard and Owen Watkin in signing a new deal.

With one year remaining on his current contract, Ashley has extended until the end of 2018/19.

“It’s my home region, where I’ve grown up, and it’s an honour to be able to sign up for three more years” he said.

“Like any season, last year was a huge rollercoaster, both for me personally and for the Ospreys as a team.  Despite the disappointment and frustration, we can look back at the season as one that gives us something to build on, where we showed what we can do despite being a young group.

“The Exeter game at the end of Europe, in January, was particularly disappointing, for the team to lose in the way we did with a quarter final place so close, and for me to pick up a season ending injury. We battled on to the end of the season but had just left too much to do in the end. The challenge now is for us all to make that next step.

“I can’t wait for pre-season. I’m working through the summer to ensure I’m ready to go, making up for the last few months and, hopefully, helping the team to get off to a stronger start this time around.” 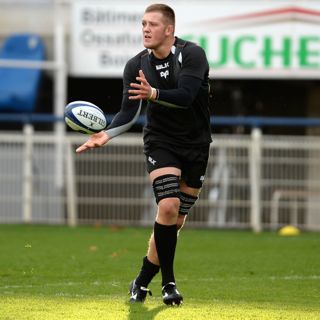 Ashley came through the development pathway via Bridgend Athletic, his leadership skills seeing him captaining Bridgend College, the Ospreys and Wales at age-grade level, before taking the armband at Bridgend Ravens in the Premiership.

His regional debut was against Exeter Chiefs in the LV Cup in November 2011, since when he has clocked up 66 appearances for the region, his half-century coming up at the start of 2015/16, against Munster at the Liberty.

Having captained the Ospreys in the LV= Cup, he led them in the PRO12 for the first time on the opening day of 2014/15, captaining the team once again through the difficult opening weeks of this season.

Head Coach, Steve Tandy, paid tribute to Ashley for his unseen work after he signed his new deal.

“Lloyd is Mr Consistent for us” he said.

“He doesn’t get the credit he deserves outside of our environment but he’s consistent, he’s diligent in everything he does and has the respect of everybody here, youngsters on the development pathway and senior internationals alike.

“When you look at his numbers, his phenomenal workload is clear, with the number of tackles he is making and the strength of his carrying, and it was a real blow for us to lose him to injury like we did in the Exeter game.

“With Alun Wyn and Bradley alongside Lloyd, and then Adam, Rory and Matthew Dodd also available, that’s a strong pool of Welsh second rows that we have here now, who will really complement each other and allow us to manage each individual to get the best out of them for the long term.” 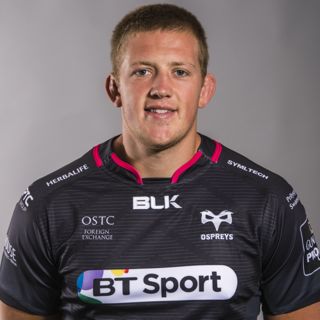 In addition, the Ospreys have also confirmed the signing of Wales second row, Bradley Davies on an NDC from Wasps for next season, along with Crusaders centre/wing, Kieron Fonotia, Scarlets and Wales prop, Rhodri Jones, and Dragons hooker, Hugh Gustafson.

Wasps’ renowned Defence Coach, Brad Davis, has also been appointed ahead of the 2016/17 season.

Meanwhile, teenagers Charlie Davies, Phil Jones, Will Jones and Reuben Morgan-Williams have all signed their first development contracts with the region.