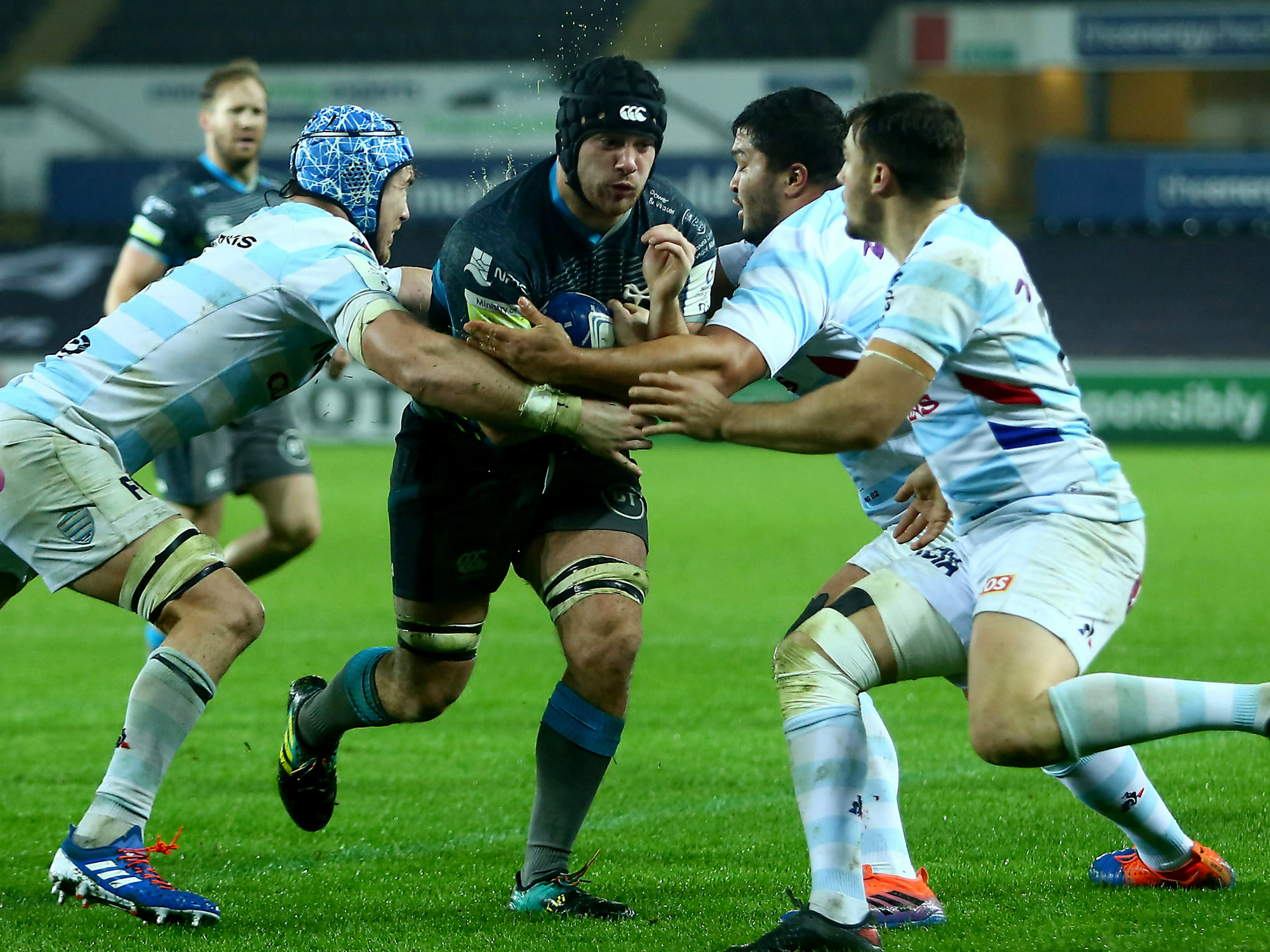 The emergence of Morgan Morris at No 8 for the Ospreys has highlighted the raft of young and exciting talent starting to emerge during a difficult start to the season.

But he is not the only one.

Lake captained his young Wales side to a tear-jerking 8-7 win over the junior All Blacks in the U20s World Championships in the summer.

Centre Thomas-Wheeler crossed for Wales' try in the same game, while fly half Evans slotted over the match-winning penalty to beat New Zealand.

Lake and Thomas-Wheeler's potential was recognized when they both trained with the Wales set-up ahead of the Barbarians game last month.

Due to the unprecedented number of injuries at the Ospreys, a batch of young talent is getting a taste of Heineken Champions Cup rugby.

Morris is in the starting line-up, along with an exciting centre partnership of Thomas-Wheeler and Kieran Williams, while Evans is at fullback for the trip to Paris to face Racing 92. Lake has been named on the bench.

Carl Hogg, the Ospreys Forwards coach, believes there is a clutch of young players being exposed to rugby at the highest level and that will only benefit his team in the long run.

"The players worked incredibly hard to qualify for the Heineken Champions Cup and we have to make sure we are respectful of the competition," said Hogg.

"But we understand where we stand in the Pool and we have to look down the track at the derbies.

"Over the last two or three months, younger players have had an opportunity because of the injuries, and have had chanced to play in games, they probably wouldn't have played in.

"But that stands us in really good stead for the future.

"This weekend is a fantastic opportunity for these young men to get regular rugby at the top end of their profession.

"At the moment, results have been difficult to find, but as long as we stick to the process, and they continue to be exposed, we will reap the rewards as a region in the future.

"I am 100 percent certain that will be the case and with Dewi, Tiaan, Kieran Williams, Morgan Morris, and there will be others.

"We are seeing the green shoots starting to grow.

"I have seen it in places, like Bath, where young men were exposed to tough rugby early, and in difficult circumstances, and have gone onto flourish later on. "

The Ospreys currently have 15 players sidelined with injury and have drafted in emergency prop cover for the festive period, while their Wales internationals have started to make their returns.