Ospreys enjoy behind the scenes tour

Dan Biggar and Sam Lewis took time out from their busy pre-season preparations to discover a refurbished Swansea landmark.

The duo, along with Chairman Roger Blyth, Commercial Manager Yarnie Guthrie and Rugby General Manager, Andrew Millward, were among a group invited along to enjoy a guided tour by Lord Mayor Cllr Ceinwen Thomas.

They enjoyed some afternoon tea and cake in the Lord Mayor’s Parlour before discovering the Council Chamber and Brangwyn Hall.

The Brangwyn Hall’s refurbishment formed part of the overall scheme. Wireless internet access has been made available, a new skylight was installed in the bar area and a new stage lift was introduced to allow heavy equipment like pianos and amplifiers to be moved more easily.

Other works included the specialist restoration of the eight giant hall lanterns which now benefit from state-of-the-art energy efficient lighting and controls.

Swansea born and bred Biggar said: “It was great to go on a tour of the building and meet the Lord Mayor – she certainly knows and loves her sport!

“Having grown up in Swansea, the Guildhall has always been a building I’m familiar with – the clock tower is a pretty iconic feature of the city. By the looks of things, an awful lot of hard work has gone into the building’s restoration – it looks absolutely fantastic.”

Lord Mayor Cllr Thomas said: “It was a privilege to host Dan, Sam and other representatives from the Ospreys at the Guildhall. They do a fantastic job in putting not just Swansea but the entire region they represent on the sporting map right across the world.”

The Ospreys kick-off their season with a Guinness PRO 12 league fixture against Treviso at the Liberty Stadium on Friday night, kicking-off at 7.35pm. 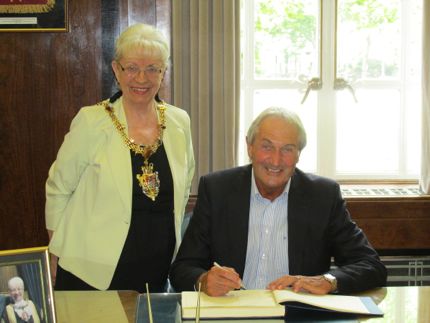 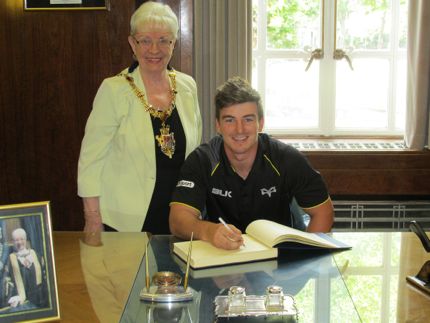 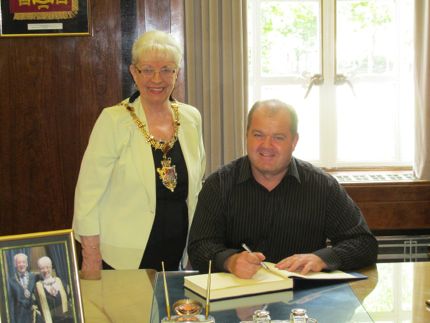 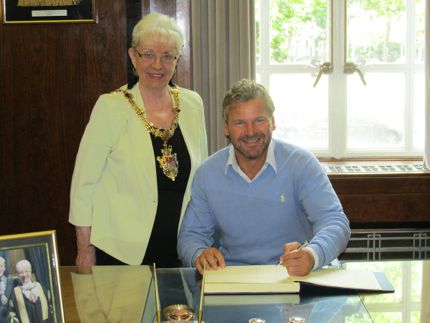 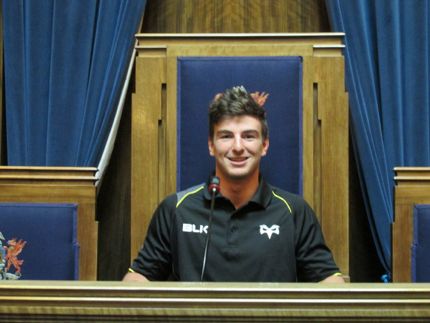 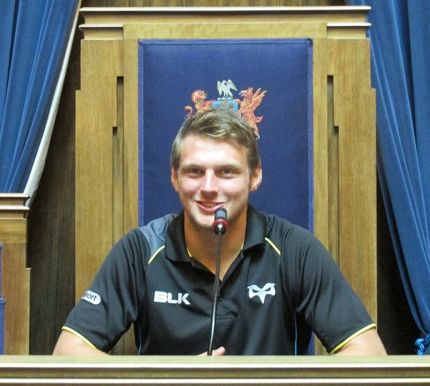