Rhys Webb has helped the WRU Rugby Development team for the region make the draw for the quarter finals of this season’s Ospreys Cup at Llandarcy Academy of Sport today.

The Ospreys Cup has established itself in recent seasons as the competition that matters to clubs in the region at U15 and U16 level, allowing clubs  the opportunity to enjoy cross District competition against teams that they wouldn’t normally encounter.

Teams from Bridgend, Neath Port Talbot and Swansea going head-to-head, with everyone offered a chance to play for silverware via a Cup, Plate, Bowl, Shield and Challenge Cup format beyond the round robin pool stages. 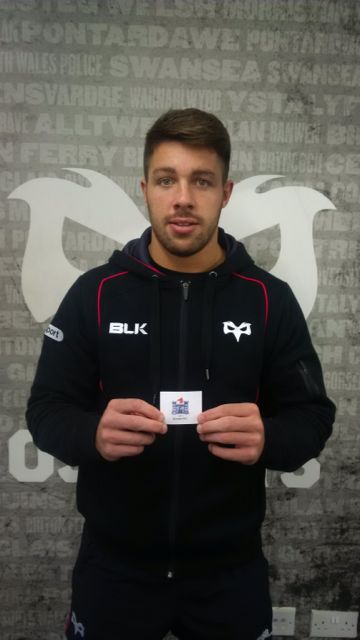 Rhys Webb helps with the draw at Llandarcy today

The remaining dates of the competition are below.