Ospreys Rugby are delighted to announce the signing of Hugh Gustafson from Newport Gwent Dragons.

A dynamic and mobile hooker, who has also played extensively as a loose head prop, 28-year old Gustafson has signed a two-year deal and will report for pre-season duty at Llandarcy Academy of Sport this summer.

From Carmarthen, Gustafson is an age-grade international who captained Wales U20 in 2007 prior to signing for the Dragons, where he has gone on to play 149 times (3 tries) to date, putting him seventh in the region’s all-time appearance list. 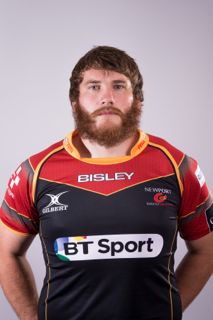 “Hugh is an experienced player who will add depth to our front row options. Although he’s played a lot of rugby, he is excited about coming into our environment and he’ll be a really good addition to the squad.

“He’s an impressive character with a good attitude and a desire to learn and I think within the Ospreys system he’ll thrive as a player and a person. He’s older than our other hookers so will have something of a leadership role within the squad. We are bringing in a well-rounded professional who understands what we want from him, on and off the pitch.

“Talking in depth to him, he believes we can help him continue to learn and grow as a player. He’s keen to upskill himself and he feels this is the environment that will allow him to do that. Ultimately, he’s someone who wants to compete for the shirt and he’s eager to push on with us.

“Off the field he’s been doing a lot of coaching already with aspirations in that direction and he can be a huge asset using those skills, helping the younger boys in the squad on a day-to-day basis.”

Discussing his impending move to the Ospreys, Gustafson said:

“I’m excited and nervous at the same time. I’ve been at the Dragons since I was 19 so it’s a new challenge for me.

“Going into an environment where there is the same pressure and expectation on you if you are a British Lion, a 100 cap regional player, or one of the young players doing so well week to week at the moment is nerve wracking but it’s a great opportunity. It’s a challenging environment where you have to want to be at your best in everything you do, every day.

“I’ve got a job to do with the Dragons between now and the end of the season and I’ll give that my absolute best as always but I’m looking forward to meeting up with the squad at Llandarcy for pre-season.”