Two youth teams from the Ospreys region have reached the WRU Youth finals at the BT Sport Cardiff Arms Park on Saturday.

"This has been a huge squad effort. We are very lucky to have 30 fully committed players who have all played a part at some point in the competition. It has been the hardest thing I have been involved in selecting 22 for the last few rounds and It has been hard to take for young lads but to their huge credit they have taken it and got on with supporting the match day squad in training and on the day."

“The Club are extremely proud of our youth squad, coaches and team management for their achievements to date this season. They were unfortunate not to reach the final of the Youth Bowl Final last year, narrowly losing in a replay to Bury Port, but this year they have excelled themselves and are a credit to the club. There is a great ‘buzz’ at the club at present and the team will be well supported on Saturday with four supporters buses making the trip to Cardiff.” 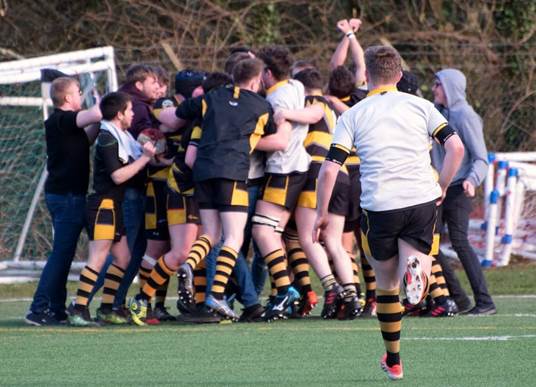 (Picture) Pontarddulais celebrate their win over Cowbridge at Llandarcy

In the Bowl competition Bridgend Athletic II take on Treorchy youth. The Bridgend side secured their trip to Cardiff with a win over Pontypool United

Head coach, Lee Grabham, spoke about the journey so far:

“Bridgend Athletic II are Made up of last years under 16s. We have managed to keep them together as a team which we call the "Rags" as the Ath youth also have a team of mainly 3rd year youth who are currently top of OA league. On the road to Cardiff they have defeated Aberdare II, Llantwit Major, Newbridge, Tondu and Pontypool Utd. The boys are hopeful of continuing the success they achieved in the Ospreys cup last season and the season before. There are 4 boys in the squad who have represented the successful Ospreys under 18s team this season. Will Barraclough, Joe Grabham, Caine Woolerton and Joe Patterson.

“All the squad are looking forward to the day and taking on a strong Treorchy team. We are hopeful that the fast 4G surface will suit our style of play.” 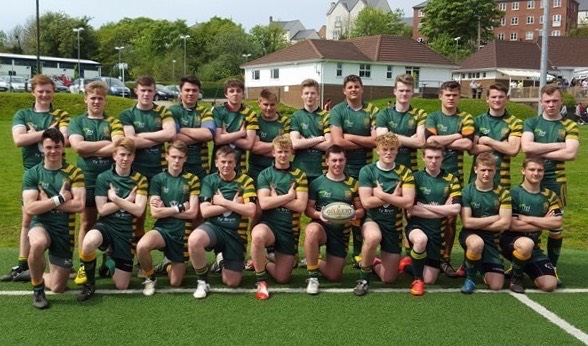