Ospreys Rugby are delighted to announce that ‘original’, Paul James, will head back to his home region next season.

The 32-year old prop has signed a two-year deal with the Ospreys and will return to the Liberty Stadium in 2015 after three seasons in the Aviva Premiership with Bath Rugby.
In his first nine-year stint with the region James was a cornerstone of the pack, making 180 appearances and scoring seven tries.
A specialist loose head also capable of playing tight head, James made his Ospreys debut in the region’s first-ever competitive fixture, at the Gnoll against Ulster in September in 2003.
He became only the third ever Ospreys centurion exactly five years after his debut in September 2008, against Connacht, and was the first to reach 150 caps for the region. At the time of his departure at the end of the 2011/12 season he was top of the all-time appearance list and still holds fifth place.
During his time as an Osprey he won four Celtic League titles, with his last appearance coming in the 2012 Grand Final win over Leinster. He featured in both the EDF Energy Cup Finals against Leicester at Twickenham, and has captained the Ospreys on 16 occasions, most notably in the historic 24-16 win over Australia at the Liberty Stadium in 2006. 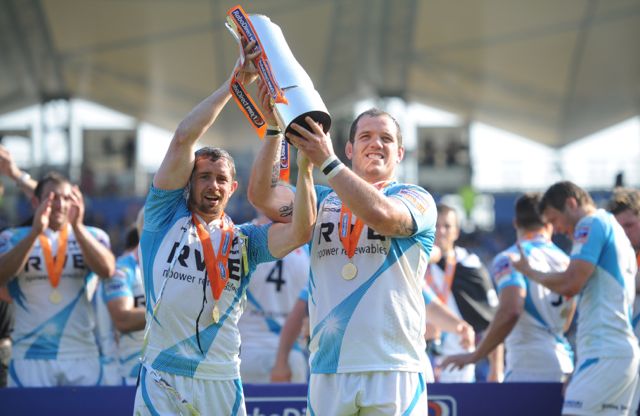 At Bath he has played 59 games to date, scoring one try.
Speaking about his return to the Ospreys, James said:
“It’s great to be coming home next year. I think I’m coming back as a better player thanks to the different experiences I’ve had over the last couple of years and hopefully I’ll be able to play a big part at the region going forward.
“A lot has changed at the Ospreys since I was last part of the set-up, but the team has started the season well and has impressed me. It’s obvious that there is a bigger picture that everybody is working towards and that’s important.
“I played with people like Steve Tandy, Andy Lloyd and Andrew Millward so I know what they want to achieve for the region and that they expect the highest standards on and off the pitch.
“There are some really exciting front row players coming through the system who I’m looking forward to working with, and while I can give them my experience, playing and training alongside them will also help me as well.
“I’ve had a great few years at Bath, I’ve really settled in well and the club has been great to me so I want to finish on a high there this season, before I head home for the next chapter.”
Andrew Hore, Chief Executive, Ospreys Rugby, said:
"Although circumstances dictated that we have lost players over the last few years that we didn't want to release, we have always clearly said that when the business was on a more stable footing we would look to bring selected personnel back to the region and this is exactly what we have done with Paul.
"Now that the Rugby Services Agreement has been finalised and we have the additional finances that comes with the new European Rugby Champions Cup, enabling us to bring Paul back next season, the next challenge is to look to secure the future of the young players that we have here at the region.
“As always with contracting issues, it's an ever changing picture. With the right support though we want to ensure that we don't go back to a situation where we have to release players for financial reasons rather than rugby ones, providing a sustainable future for the Ospreys." 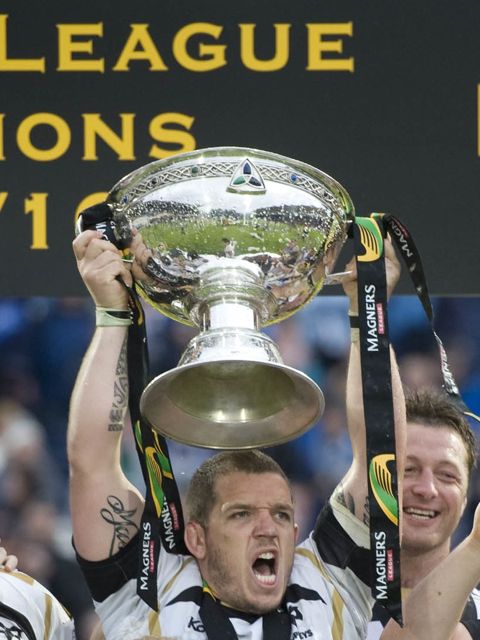 A former Wales U21 captain, James was awarded his first senior international cap in the summer of 2003 in a pre-Rugby World Cup game against Romania in Wrexham.
Although he was an unused member of the squad at the World Cup in Australia that autumn, he had to wait another six years for his second cap, which came against New Zealand at the Millennium Stadium in November 2009. Since then he has been a regular member of Warren Gatland’s squad, playing 55 times for the national squad in total.
Andrew Millward, Ospreys’ Rugby General Manager, added:
“Re-signing Paul is a massive coup for the Ospreys as he’s an outstanding loose head and a renowned scrummager who was very much in demand. He played a massive part in establishing the Ospreys and in our successes in the early years of the region and it’s fantastic that we are able to bring him back into our environment.
“He’s a tough guy, a warrior who will add real steel to our pack. He’s a no nonsense, honest guy, a real character, and for many years he was something of an unsung hero who went under the radar outside of our environment.
“I played with him in the front row and know exactly what he brings to any team he is involved with, on and off the field. He understands where we want to be as a group and thrives on facing up to tough challenges and playing in tough environments.
“He’s vastly experienced and not only will he be adding to our strength at loose head but he is the type who will enjoy working with the younger players to pass on his depth of knowledge. I know he speaks really highly of his time in Bath and playing in the Premiership, and with that added experience he will bring something extra to our environment next season.”