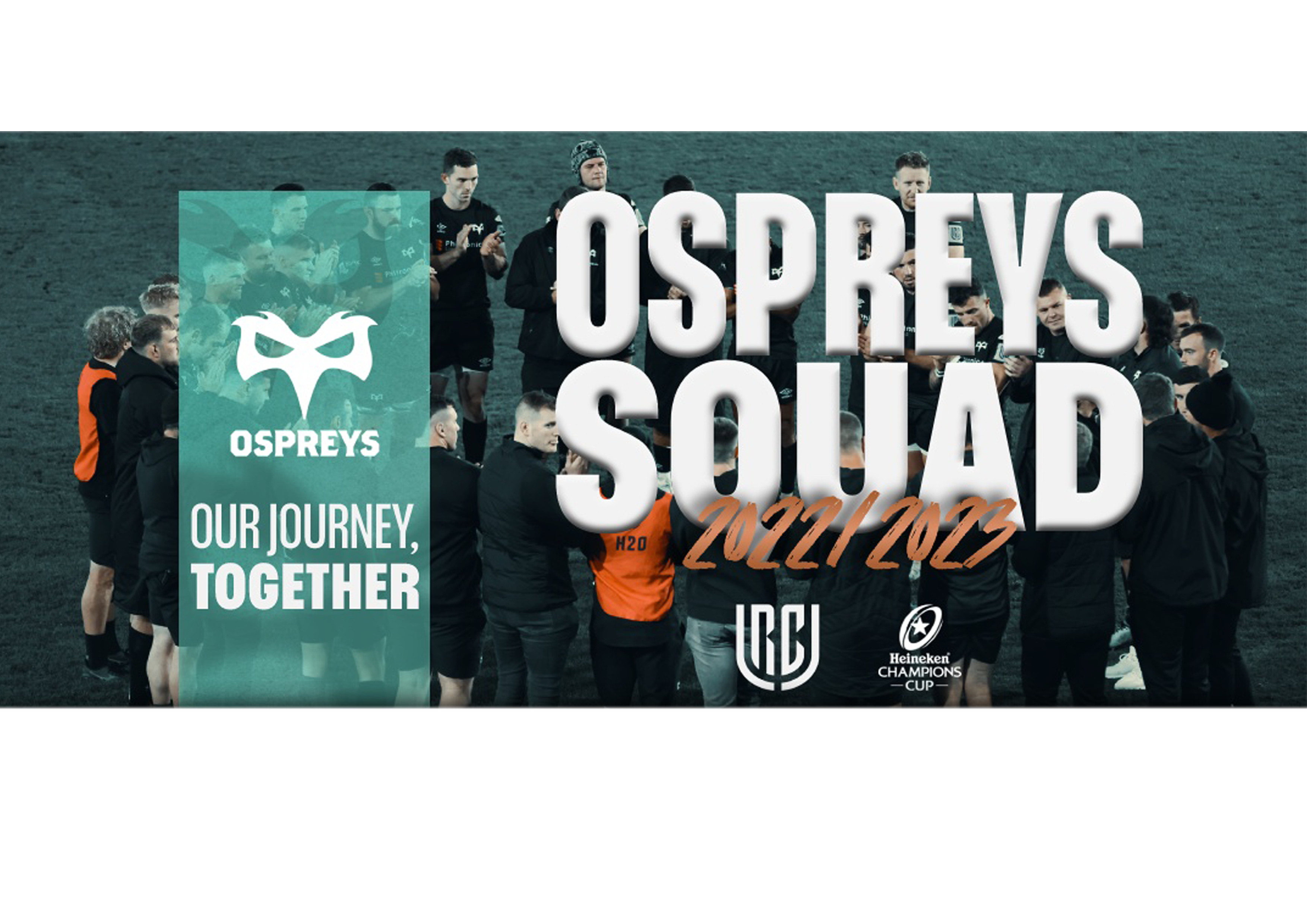 The Ospreys are proud announce the squad for the forthcoming 2022/ 23 season.

Next season the Ospreys are the only Welsh team playing in the Heineken Champions Cup, testing themselves against the best in England and France.

While in the United Rugby Championship, the Swansea.com Stadium will play host to the inaugural URC champions The Stormers from South Africa.

Buoyed by the strong end of last season, which saw the team win 5 our 6 Welsh derbies and secure home wins vs Munster and Ulster, the Ospreys will be looking to defend their Welsh Shield title and aim to better the 10 wins of the 21/22 campaign.

The squad which features 11 of the current Wales Squad heading to South Africa, with a number of players hoping to break back in ahead of the Rugby World Cup in 2023.

Next season will see the welcome return of Justin Tipuric after long term injury and new recruits Sam Moore and Jack Walsh pull on the iconic black jersey for the first time.

In addition to the Senior squad, the side will be bolstered by this year’s transition group who will train alongside the first team:

Get behind the boys this season with a 22/23 Season Membership. Available now at the earlybird price!