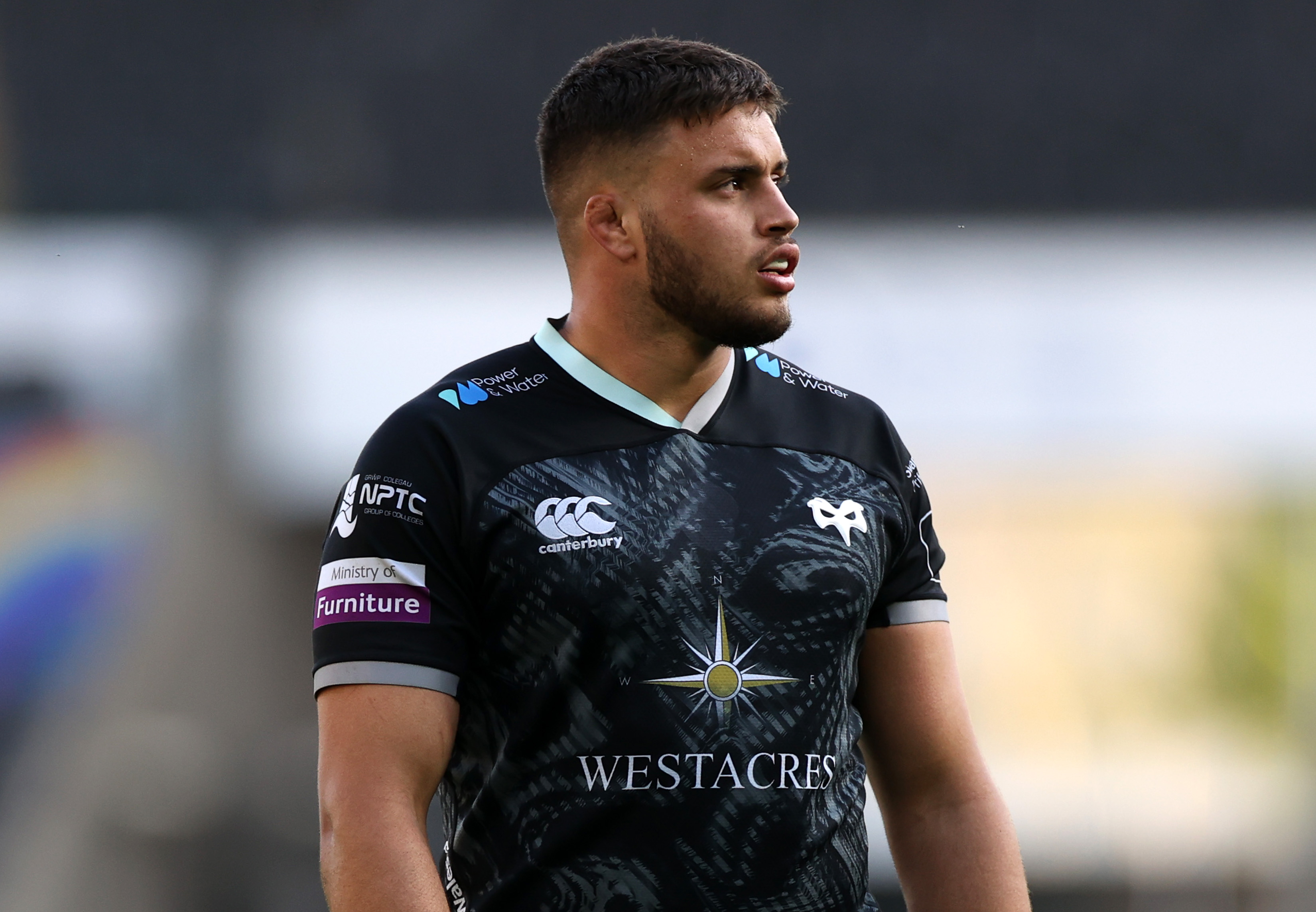 The Ospreys can announce the signing of Canterbury Crusaders flanker Ethan Roots from New Zealand.

Roots, 23, has signed a new two-year deal to stay with the regional rugby franchise.

The backrower arrived on loan at the Ospreys as injury cover for Wales and British and Irish Lions flanker Dan Lydiate but his impressive performances have seen him secure a contract.

He made his debut in the 36-14 victory against the Cardiff Blues in the Rainbow Cup at the Liberty Stadium in April.

An all-action backrower, who has played for the Maori All Blacks, Roots has the versatility to play across the backrow and at lock.

Roots made his Super Rugby debut for the Crusaders against the Highlanders back in 2020.

He was selected for the Canterbury Crusaders squad in 2020 after an impressive debut season with North Harbour in the Mitre 10 Cup in New Zealand.

“The fact Toby saw something he liked in my game and gave me the opportunity, and everyone has been so welcoming here, made it a really attractive move for me.

“We are a young group and everybody is really hungry to get better and the Ospreys are really moving in the right direction.

“Wales is like New Zealand and the boys, coaches and staff have been really good to me, and despite missing my young son, they have made it easy for me to settle in here.  So, it’s been any easy transition on and off the field for me.

“I am aware of the history in the Ospreys jersey and my family back home get up at the crack of dawn to watch the games now.

“I may not be from the region but I understand what an honour it is to pull the jersey on and I get that from the pride the boys here have in playing for the Ospreys.

“Jerry Collins wore the jersey with the same number that I wear and that is pretty special for me and how he played the game is something I aspire to.

“And I have had the privilege of playing alongside world class players like Alun Wyn Jones and Justin Tipuric, and that has been really special for me.”

“We identified Ethan a considerable time ago through his impressive performances in the Mitre 10 in New Zealand and from his involvement with the Crusaders.

“He has all the physical attributes of a Northern Hemisphere type player and he is tough and abrasive, and those are characteristics we need in our squad.”