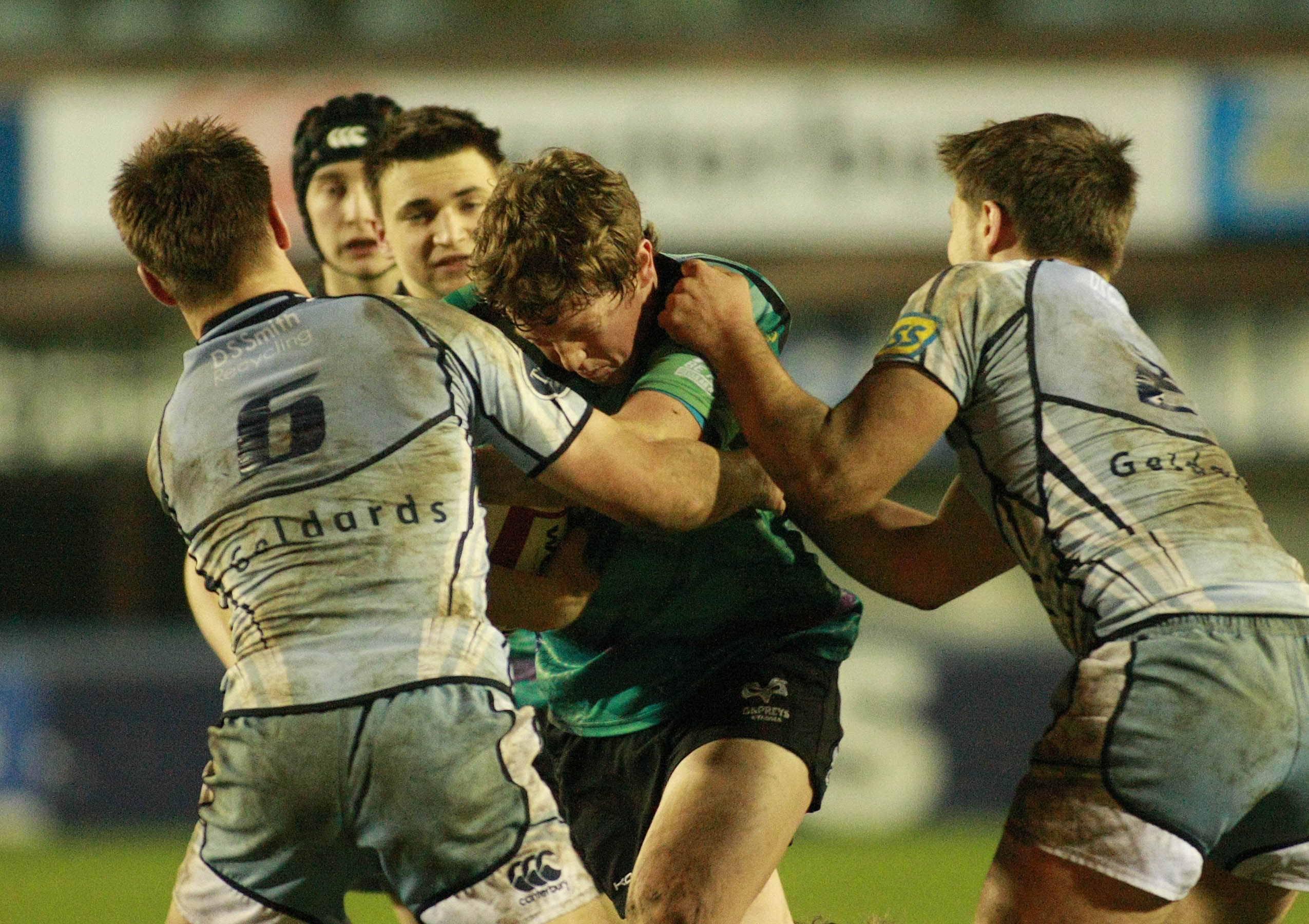 It has been a summer to remember for Adam Beard and Harrison Walsh.

The former Ospreys Academy and Swansea Schoolboys will have represented their country and reached the pinnacle in their respective sports.

The pair were promising rugby players among seven young Academy prospects handed development contracts with the Ospreys back in May 2014.

The two 18-year-olds were making their first steps towards realising their dreams of representing their country at international level in their chosen sport.

But a year later they were on very different paths, with Beard set to achieve all his rugby ambitions of playing for the Ospreys, Wales and the British and Irish Lions this summer.

Walsh, however, saw his rugby ambitions shattered by a career-ending injury.

The loosehead prop suffered his injury coming on as a late replacement for Swansea RFC in January of 2015.

A freak leg injury, which happened during the last play of the match, has left him with no feeling and impaired movement in his right foot.

But six years later, the former Ospreys Academy products, find themselves reunited representing their country at the highest level but in very different sports and countries.

Beard has been with the Lions out in South Africa, while Walsh is one of seven para athletes from Wales in the Great Britain squad for the Paralympics in Japan.

Walsh will compete in the discus for GB in Tokyo. His story is one of courage, resilience and determination. All qualities recognised as a young Osprey.

Dan Griffiths, Ospreys Rugby general manager, was academy manager with the regional rugby franchise when Walsh was part of the set up.

“A driven and diligent young professional with exceptional physical qualities.

“It was hugely disappointing to see the severity of the injury and the impact it had on his rugby career, despite the best efforts of Harrison and the club.

“He was part of a talented Ospreys academy group which included Welsh international second row, Adam Beard, who is now with the British and Irish Lions on tour in South Africa.

“Having two Ospreys plying their trade at the highest level in their respective sports is something we are all proud of.

“It’s a testimony to Harrison’s resilience and strength of character that he will be representing Great Britain at the Paralympics in Tokyo.

“All involved at the Ospreys are extremely proud of his achievements and wish him all the best.”

When Walsh was awarded his development contract with the Ospreys in 2014, he had already earned Welsh Under-16 and Under-18 caps alongside future Welsh internationals Kieran Hardy, Dillon Lewis, Callum Sheedy and Owen Watkin.

Walsh had been named in the same Wales Under-20 squad as another British Lion, Josh Adams, when he was struck by injury.

Steve Mellalieu, Ospreys’ sports psychologist, was one of the region’s staff that supported Walsh following the injury.

Mellalieu recalls how the youngster showed all the strength he had displayed on the rugby field as he came to terms with what the injury meant to his playing career.

“Harrison demonstrated all the qualities he had as an academy rugby player in his approach and diligence following his injury,” said Mellalieu.

“He applied himself to life after rugby, undertaking academic study at Cardiff Metropolitan University while also transitioning into discus throwing. His appearance in Tokyo for the Great Britain team underlines his determination to succeed.

“Forced retirement from sport through injury can be a particularly traumatic experience which places great demands on athletes.

“As a club we aim to provide structured and ongoing support to all our players forced to retire from the game.”