Bridgend Ravens outside half, whose form for the Ravens saw him feature in both the Singha Premiership 7s and British & Irish Cup preparations last year. The 21-year old is a traditional running 10, who offers an attacking threat to go with his distribution skills.

A prolific try scorer in recent season with Aberavon, 24-year old Andrews is an experienced sevens player having previously represented Leicester Tigers in this competition before featuring for the Ospreys two years ago. Has speed and agility and the ability to beat men with his footwork, a consistent performer at Premiership level. 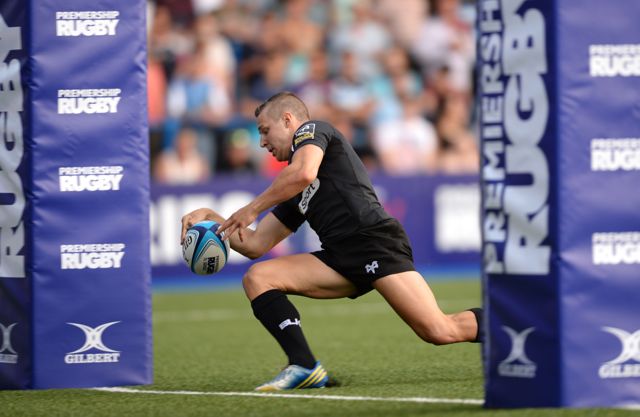 Steff Andrews scores for the Ospreys in 2014

18-year old Will Jones is a modern openside flanker who has just signed his first development contract with the Ospreys. A natural leader with good communication skills, game awareness and physicality, he has captained the Ospreys at U16 and U18 level before captaining Wales U18s earlier this year

A former Wales U18 captain, Howells made his Ospreys debut as a 17-year old before becoming one of Wales youngest ever full internationals when he was capped against Japan in 2013.

The 21-year old’s dynamic pace makes him ideal for the sevens game and he duly represented Wales in the short game.

A physical presence and a strong ball carrier, 18-year old Ratti is a dynamic athlete with real speed around the field. He already has senior appearances under his belt for both Aberavon in the Premiership and the Ospreys Premiership Select in the B&I Cup, in the second or back row.

Capped by Wales U18 earlier this year, he also featured as an unused replacement for the U20s during their successful Grand Slam campaign before signing his first development contract over the summer.

An exciting young winger who made a huge impression two years ago in his first season of Principality Premiership with Bridgend Ravens, having scored four tries in four games for Cardiff RFC the previous year. During 2014/15 he scored 18 tries in 25 games for Bridgend, including the winning touchdown in the Swalec Cup Final win over Pontypridd at the Millennium Stadium.

He spent last season in France, combining university studies and a rugby contract with Montpellier, and the former Blackheath winger returned to Bridgend this summer. 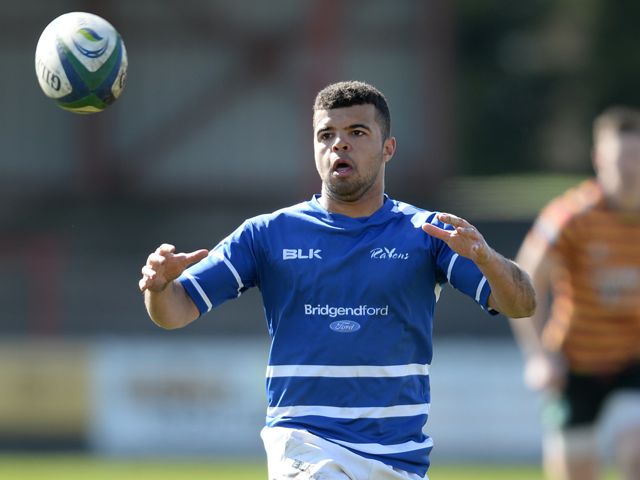 Tom O'Flaherty in action for Bridgend

A 20-year old full-back going into his third Premiership Sevens with the Ospreys having moved south from North Wales where he was part of the RGC academy in the summer of 2014.

A Wales age-grade cap, Morgan has featured for the national sevens team on the 2016 World Series, and was part of the GB squad in their final Olympic warm-up in Poland last weekend.

A powerful, strong running centre, he has featured regularly with Aberavon in the Principality Premiership over the last two seasons, stepping up from Waunarlwydd RFC in the Swalec League.

Having caught the eye of the Ospreys coaches, he earned the opportunity to pull on a regional shirt for the first time this weekend. 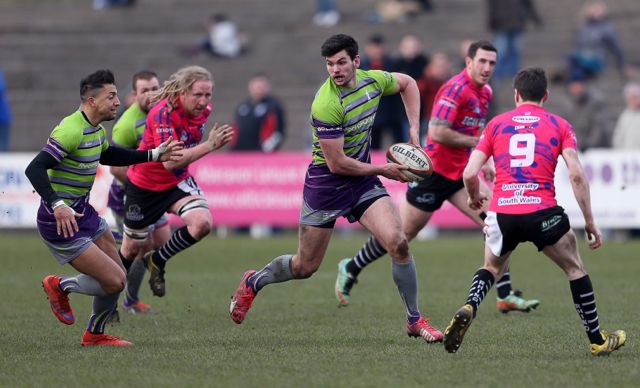 Aberavon's Dai Evans on the ball, supported by Jay Baker

20-year old Gage is a versatile player who can cover a number of positions in the backs line. A regular in the Principality Premiership with Aberavon over the last two seasons, Gage also featured for the Ospreys Premiership Select throughout the 2015/16 B&I Cup.

Played in the last two Six Nations championships for Wales U20, and also scored tries against New Zealand and Scotland in last months World Rugby U20 Championship in Manchester.

Outside half Phil Jones is another 18-year old who is already playing senior rugby, with Swansea RFC.

Mature beyond his years, he is a natural communicator and a diligent, hard working individual who represented the Ospreys at the Premiership 7s last summer before going on to bounce back from a difficult season of injury (broken jaw) to play for Wales at U18 and contribute significantly to Swansea's promotion to the Premiership

A late developer who made a huge impact with Aberavon last season, scoring 10 tries in 18 games, Baker is a 24-year old winger who signed a development contract with the Ospreys this summer.

A flying winger with pace and power, in addition to picking up the newcomer award at the end of the season he was also shortlisted for Principality Premiership Player of the Year.

Fast approaching a century of Ospreys appearances and with four senior Wales caps to his credit Spratt, who has also played for London Irish and in New Zealand for Taranaki, provides much needed experience to the squad.

The centre, who has scored 10 tries for the Ospreys, has leadership experience, captaining his home region on many occasions.