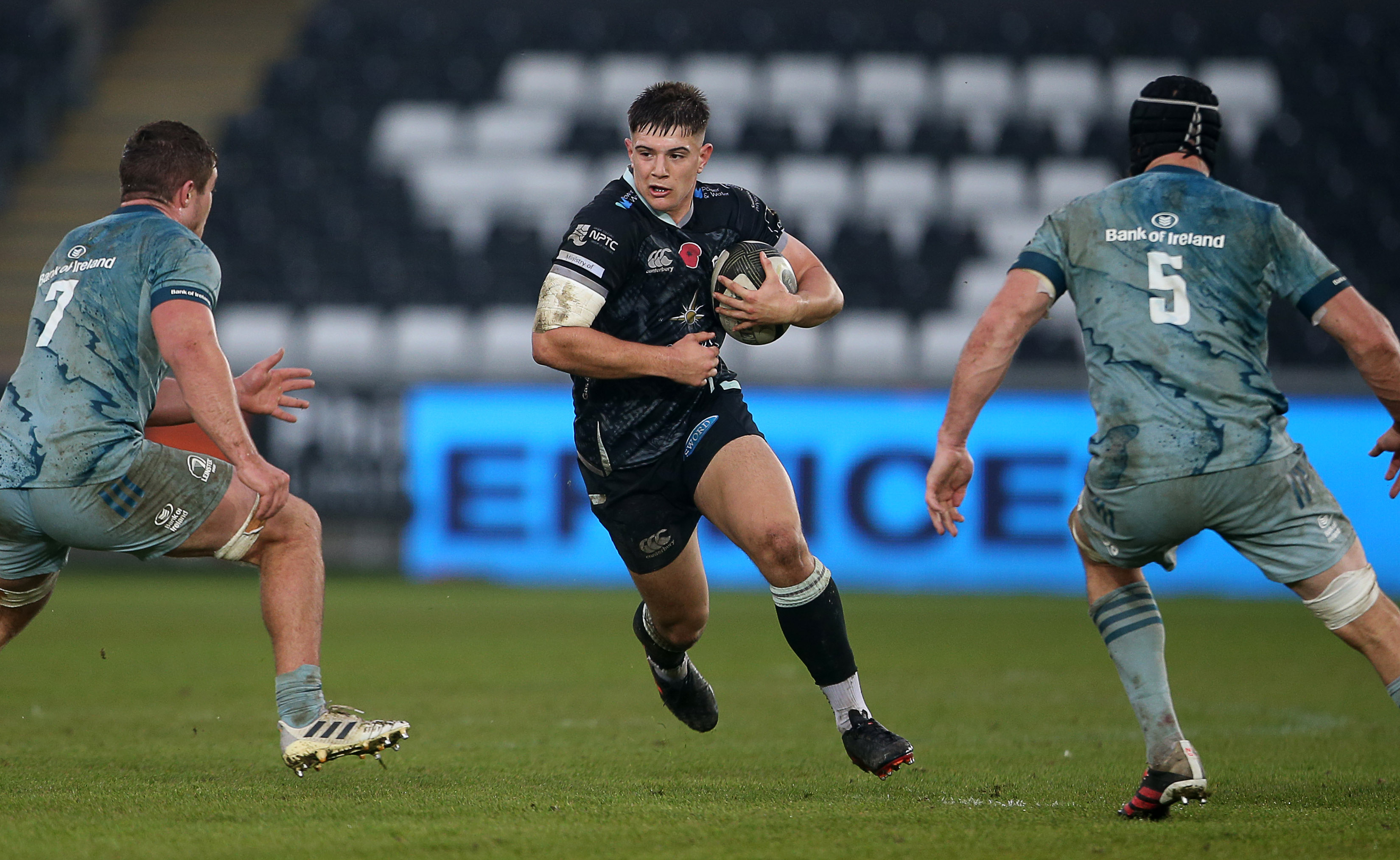 Both Ospreys and Leinster had to live with a short turnaround ahead of this game, having faced Zebre and Glasgow Warriors respectively on Monday night. But you’d never have guessed it watching the start of the game.

It was a high energy, high-tempo start from the hosts, who showed intent from the very beginning. Early dominance at scrum time yielded reward as Ospreys fullback Cai Evans found touch right in Leinster’s corner from a penalty. The resulting maul was collapsed over the line, but illegally, and the Ospreys came away with seven points.

Leinster Struck back ten minutes later with a similar attack, a short-range catch and drive set up Leinster hooker James Tracy who powered his way over the line with the assistance of his captain, Rhys Ruddock. Scott Penny took the next try for the visitors, receiving the ball out on the right wing and keeping Ospreys winger Mat Protheroe at bay to cross the whitewash.

Dan Lydiate, Ospreys Captain
“Credit to our boys, we dug in and kept in the fight. We’ve got a lot of guts in the team, but we’ve got to be more clinical.”

Ospreys managed to battle their way back into the game but were unable to turn pressure into points before the interval and trailed by 12 points at half time.

Leinster earned their bonus point try on the 56th minute through loosehead prop Peter Dooley, who got to the try line following a series of carries from the forwards.

Neither team were able to get over the line thereafter, despite Ospreys getting close twice in the final fifteen minutes of the game.

A penalty from a powerful scrum and Cai Evans kicks deep into Leinster’s territory. Adam Beard takes clean ball from the lineout and the maul surged forward and over the line. Referee Sam Grove-White deemed that Leinster’s openside flanker Scott Penny had dragged the maul down illegally, awarded Ospreys a penalty-try, and sent the offending player to the sin bin for ten minutes.

Despite aggressive pressure from the Ospreys, Leinster worked an overlap on the left wing and broke away from their own half. Leinster speedster Dave Kearney was the last man to get his hands on the ball, and there wasn’t enough cover defence to stop him. Byrne added the extras once more and took his side seven points clear.

Kearney was involved again for Leinster’s third try, getting in behind the Ospreys’ defence before the ball was floated out to flanker Penny on the right wing, who simply could not be stopped by winger Protheroe until he was over the line. Although outside half Byrne couldn’t convert, Leinster enjoyed a healthy 12-point lead.

Ospreys battled back before the interval but were unable to reclaim any points and both sides headed in at half time with the score at 7-19 in favour of the Leinstermen.

Methodical pick and drive was the tactic from Leinster as the clock approached the 60th minute, and they made ground up to the 5m line before replacement prop Peter Dooley burrowed over from a metre out to bag Leinster’s fourth try of the evening.

A period of enterprising play from the Ospreys saw them find their way to just a few metres out from Leinster’s line, who themselves conceded a series of penalties in their own 22. Ospreys threw everything at the Leinster defence but Ospreys winger Luke Morgan was shepherded into touch just short of the line, and Leinster survived the assault.

Ospreys’ last attack of the game, spearheaded by an electric run by Mat Protheroe, was in the end fruitless, and the game ended with Leinster 19 points the better. There was no questioning the effort from the boys in black, with tired and battered bodies to be seen in abundance on the pitch as they retired to the tunnel for the evening.