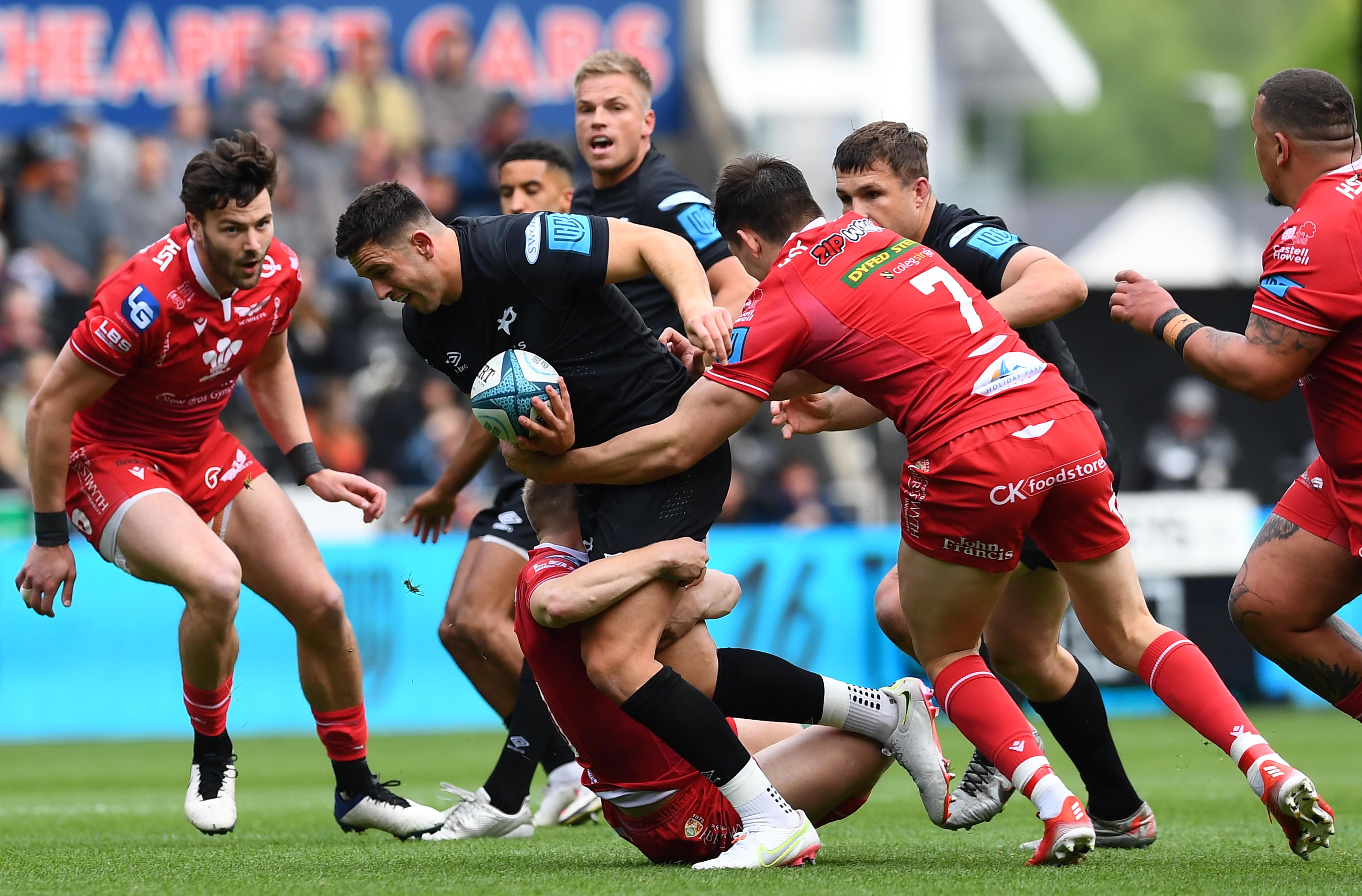 The Ospreys won the West Wales Derby against the Scarlets and kept their hopes of winning the Welsh Shield and Heineken Champions Cup qualification alive at the Swansea.com Stadium.

The home side crossed for eight tries in a 13-try thriller against their greatest and closest rivals in a pulsating clash played in front of a 10,141 crowd in Swansea for the first time since 2019.

Hooker Dewi Lake crossed for two of the Ospreys eight tries with the Wales Test star producing a Player of the Match performance.

Fly-half Gareth Anscombe kicked 14 points with the boot and produced a commanding display which saw wing George North mark his return from injury after a year out.

For Adam Beard, making his 100th appearance for the Ospreys, it was the perfect way to mark his milestone and the Ospreys now face the Dragons and the Bulls at home in the final two games of the regular URC campaign.

The game turned on the yellow card handed to Scarlets wing Corey Baldwin after a deliberate knock on stopped centre Collins from scoring what looked a certain try after a wing Giles had won the race for a chip a chase kick by skipper Rhys Webb.

The Ospreys came into this fixture on the back of a comprehensive victory over Cardiff but were made to work hard by a Scarlets side that dominated the opening exchanges.

Wing Giles pulled off a try-saving tackle and flanker Jac Morgan managed a critical turnover but it didn’t stop the visitors opening the scoring with a penalty by fly-half Sam Costelow.

But it was the Ospreys who scored the first try with Anscombe delivering a perfect sleight of hand pass to allow Alex Cuthbert to split the visitors defence before replacement prop Nicky Smith crashed over for the score.

Wing Ryan Conbeer then crossed for the first of his three tries for the Scarlets before Morris crashed over after a Mat Protheroe counter-attack to narrow the visitors lead.

Wing Conbeer then crossed for his second try, which Costelow converted to make it 24-14 to the Scarlets at half-time.

After the break, it was all the Ospreys with Anscombe pulling the strings for Giles’ first try before the Scarlets went down to 14-men with Baldwin’s yellow card.

Hooker Lake then crossed for his two tries; with centres Collins and Watkins getting in on the act before replacement hooker Sam Parry crossed for the Ospreys eighth try to seal a famous victory.