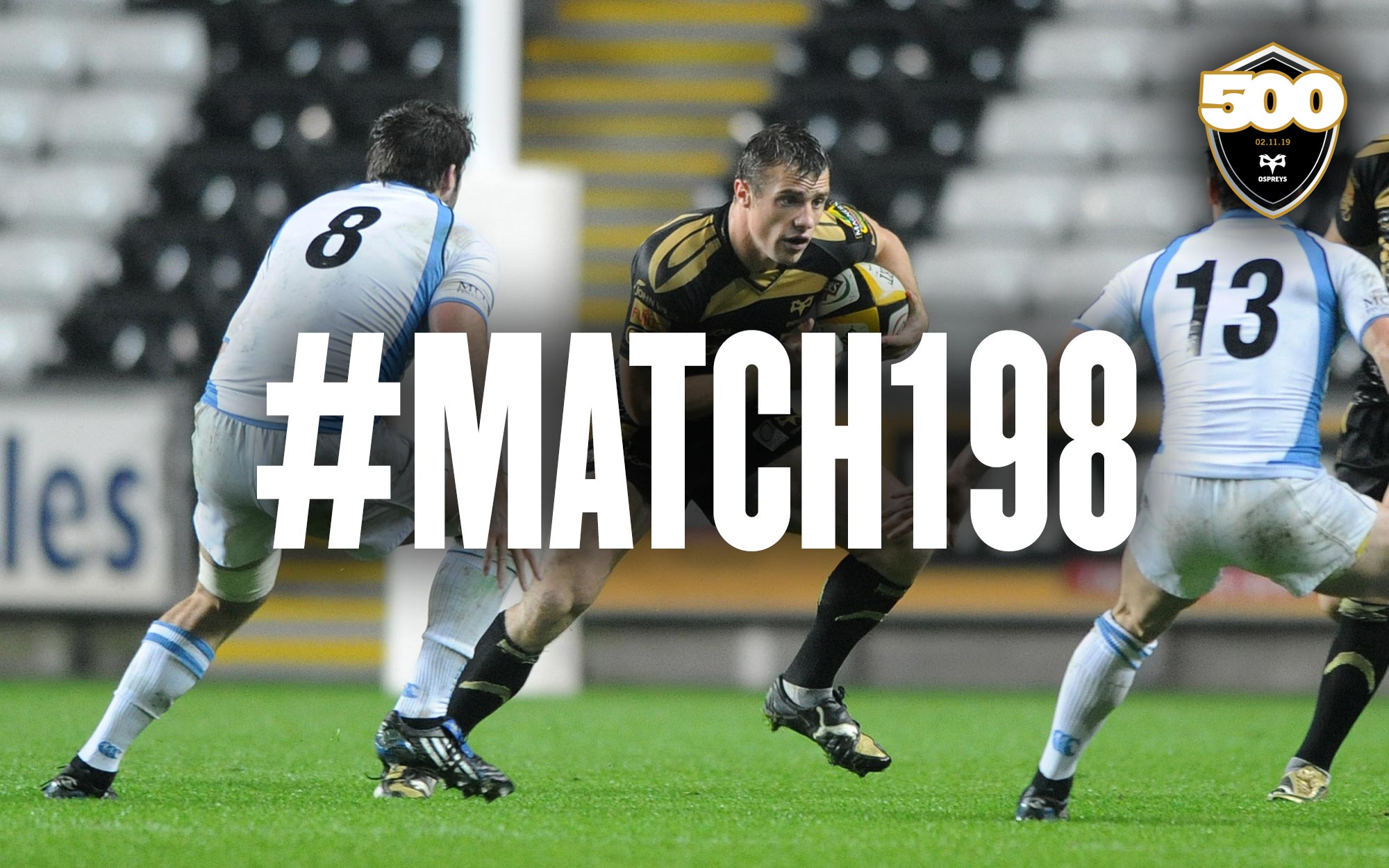 …in 2009, Ian Gough led the Ospreys out against Glasgow Warriors. It would be the 14th encounter between the two, with the Ospreys claiming the lion’s share of victories with nine. Of those nine, six victories were at home with two at the Gnoll, and the rest in the Liberty Stadium. On this day, however, neither the Ospreys nor Glasgow Warriors would claim a victory, as the game ended a 9-all draw.

Since 2003, the Ospreys have only ever drawn sixteen games across eleven different opposition, nine of which occurring at the Liberty Stadium. Among that list are three European oppo that we’ll be taking on this season. Ospreys drew with Munster 13-all in March 2013, and two years later against Racing 92, the Ospreys overcame a 13-point deficit to deny the visitors a victory with a 75th minute penalty.

The Ospreys’ most recent draw, January 2018, was a dramatic, last-gasp effort from the tee to salvage two points from what looked like certain defeat at the hands of reigning champions Saracens. Owen Farrell had slotted a penalty with just five minutes remaining, but with the clock ticking past 80, Dan Biggar slotted a crucial penalty to end the game 15-all.

However, of all the drawn games the Ospreys have played in, the highest scoring (and one of the most exhilarating games) was against Leinster in Dublin back in September 2013. The hosts were ahead 16-9 at half time, with Richard Strauss and Dave Kearney bagging a try each in under fifteen minutes, while Biggar closed the gap with three penalties. Jimmy Gopperth and Dan Biggar exchanged a penalty each after half-time before Joe Bearman and Ashley Beck crossed for two tries in quick succession. The visitors found themselves defending a 19-26 lead before Jack McGrath crossed for Leinster with just ten minutes to go, bringing the scores level. Gopperth slotted another penalty with just 180 seconds left to play… but once again, with the clock having turned red, Dan Biggar nullified Leinster’s lead and the game ended 29-29.