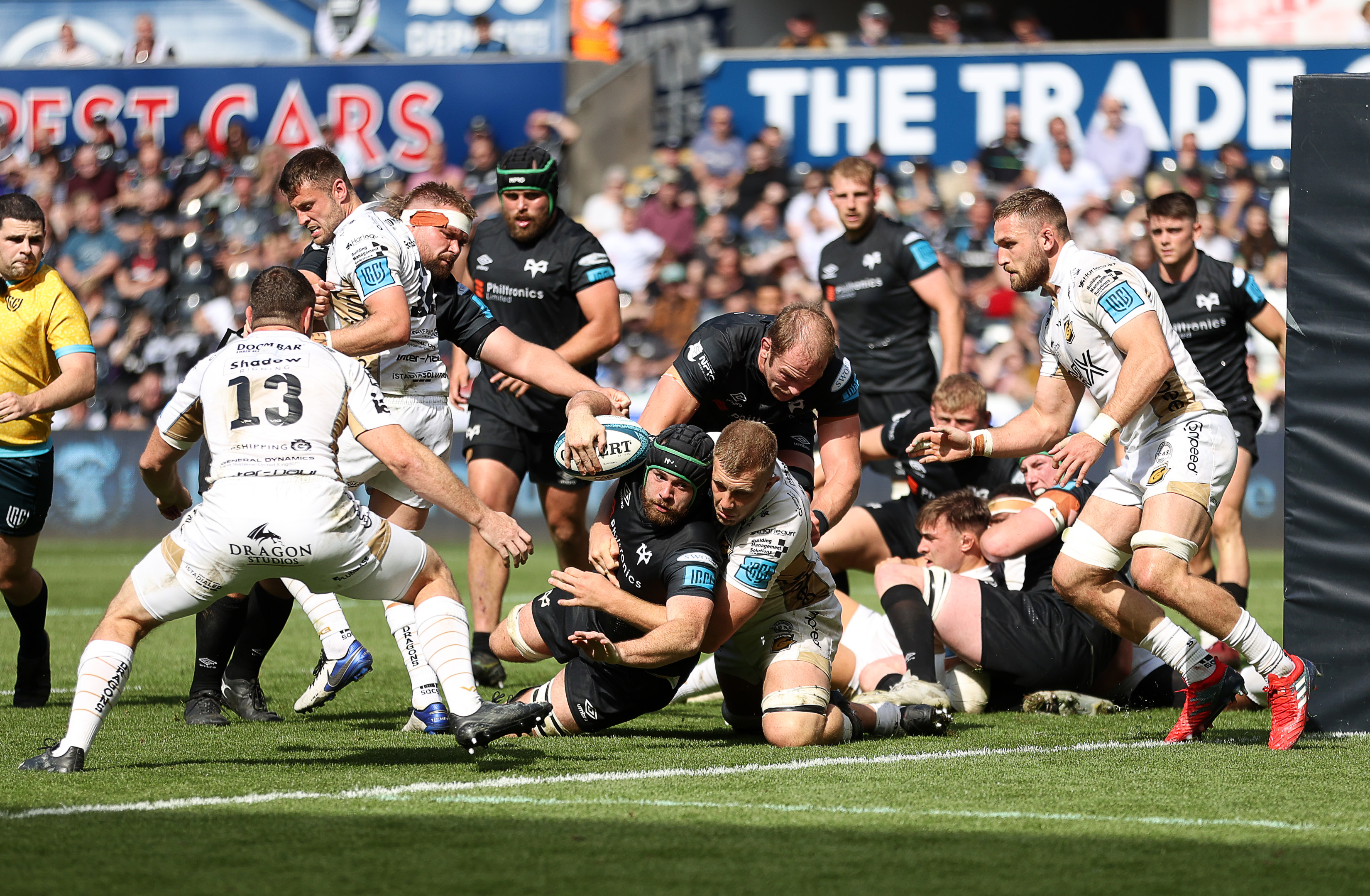 The Ospreys are still in the hunt for the Welsh Shield and a Heineken Champions Cup qualification place with this victory of the Dragons in the United Rugby Championship.

The battle to see who will lift the Welsh shield and clinch a lucrative Heineken Champions Cup place between the Ospreys and the Scarlets now goes down to the final weekend of the URC regular season.

The Ospreys host the Bulls at the Swansea.com Stadium on May 20th, knowing they have to match whatever the Scarlets do in the final match to be the best side in Wales.

The Ospreys have already recorded more wins in the URC than the Scarlets and that is how the Welsh shield will be decided if both sides finish the campaign on the same points.

The home side needed all five points against the Dragons to draw level with the Scarlets and they achieved the try-bonus point in the first half but were made to fight all the way in a scrappy opening quarter.

But the Ospreys racked up another 50 point win on second successive weekends and scored seven tries in another thriller in the sun in Swansea.

Number 8 Morgan Morris crossed for a hat-trick of tries, with prop Nicky Smith, replacement scrum-half Reuben Morgan-Williams, who grabbed a brace, and replacement hooker Sam Parry all crossing for tries.

The Ospreys opened the scoring with an Anscombe penalty on the second minute but the Dragons replied with the first try of the game by wing Jarred Rosser, converted by fly-half Will Reed.

The visitors went further ahead when centre Adam Warren crossed for their second try inside the 10th minute. Reed added his second conversion to make it 14-3.

The Ospreys scored their first try midway through the first half when prop Smith burrowed over from short-range after a quick tap penalty by scrum half Rhys Webb.

Reed added a penalty to stretch the Dragons lead and that was quickly followed a by a third try for the visitors by prop Mesake Doge. Rees converted.

Ospreys hit back with their second try with Morris barging over from short-range. Anscombe added the conversion to make it 24-15 to the visitors.

Replacement scrum-half Morgan-Williams made his mark with a try after a half-break by full-back Michael Collins. The Ospreys were now within two points of the visitors with Anscombe’s conversion.

Dragons flanker Taine Basham was then yellow carded for a trip on Collins and with the visitors down to 14-men, Morris crashed over for his second try to make it 29-24 at half-time.

After the break, the Ospreys stretched their lead with a third try by Morris, converted by Anscombe.  Scrum-half Morgan-Williams then crossed for his second try of the afternoon and Anscombe again converted.

Hooker Parry then got in on the act when he finished off a break by wing Giles to score the Ospreys seventh try. Anscombe added the extras to make it 50 points on two successive weekends and 15 tries.