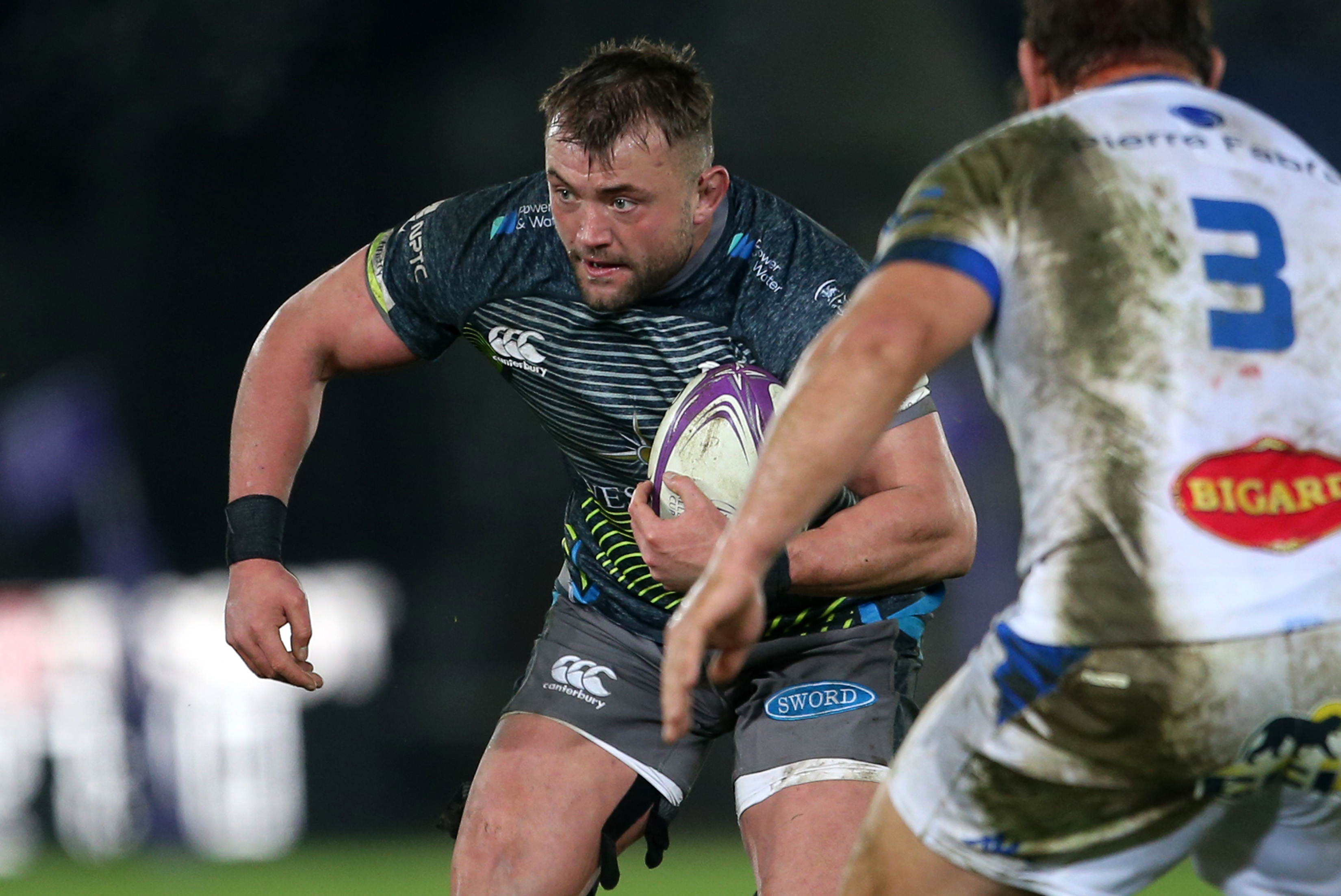 It was a brisk but clear night in Swansea ahead of the Ospreys’ opening round of the European Challenge Cup against Castres Olympique. Ospreys welcomed hooker Sam Parry back from international duty, the 28-year-old making his 100th appearance for the region.

It was a confident and determined half from the Ospreys, with Stephen Myler knocking over two penalties to Thomas Fortunel’s one. However, an off-the-cuff try scored by Ospreys scrumhalf Shaun Venter, followed by a brace of tries by Sam Parry up front, put the hosts into a 25-3 lead at the interval.

Castres fought back hard in the start of the second half with a pair of tries of their own, but two tries from fullback Dan Evans and winger Luke Morgan secured a comfortable victory for the hosts.

Kick off went Castres’ way from the off, regaining the ball following a knock on but French winger Bastein Guillemin was hurled into touch short of the line and Ospreys relieved the pressure effectively.

Ospreys were direct and physical in their approach in the early minutes of the game, making inroads through the defence and catching the visitors offside just inside their 22. Ospreys outside half Stephen Myler had no trouble converting the penalty into points with a well-placed kick from the tee, and the hosts took a 3-0 lead after six minutes.

It was the Ospreys who were pinged for offside next, and Castres’ outside half Thomas Fortunel kicked the ball into touch deep in Ospreys territory. However, the Ospreys inflicted a triple body-blow to the visitors, first disrupting their maul and winning back the ball, then forcing a penalty at the scrum, before eventually earning another penalty which Myler once more converted into points. A positive fifteen minutes for the hosts.

Despite some fierce tackling from the Ospreys, it was Castres’ who benefited from referee Tom Foley’s whistle next, and Fortunel earned his side their first points of the game with a penalty goal.

A fantastic piece of play out in the right channels saw the ball being passed between a combination of forwards and backs, with Ospreys winger George North and blindside flanker Will Griffiths making significant carries before offloading to scrumhalf  Venter to score the first try of the evening. Myler’s conversion was hooked to the left, but Ospreys began the second quarter of the game 11-3 up.

An Ospreys hand got to the attempted chip of Castres’ winger Vilimoni Botitu and the ball fell into the hands of Ospreys flanker Morgan Morris, who made a short burst up field, the Castres’ defence falling into chaos.

Quick ball for the hosts forced Castres to kill the ball illegally, and Myler nudged the ball into the corner. Ospreys won their own ball cleanly and a driving maul was set up at pace; and there was no stopping it. The pack, with the assistance of one or two opportunist backs, surged through the opposition and it was none other the hooker  Parry who came away with the try. Myler was accurate with the boot once more and Ospreys pulled away into a 18-3 lead with less than ten minutes to go until half-time.

It was Castres’ turn to go on the offensive after the restart, with openside Kevin Kornath making headway down the left wing. Ospreys were penalised at the breakdown, but the referee was referred to the TMO for possible foul play by Castres lock Hans N’Kinsi, who appeared to stamp on the hand of Venter after a ruck. The referee deemed a penalty to be sufficient, and play continued on half-way.

Another penalty inside Castres’ 22 for the hosts, and again the ball was pumped into the stands by Myler, and Ospreys got a line out on the 5m line. A quick regather from the line, two powerful shoves from the big men, and Sam Parry once more charged over the whitewash to claim his second of the night.  Myler split the uprights to bring the first half to an end, and Ospreys headed in at the interval with a 22-point lead.

The second half started where the first half left off, with the Ospreys bullying Castres Olympique into conceding a penalty. Myler kicked into the corner and the hosts began their assault on the try line; but the ball was spilled forward by the attackers and Castres gained a reprieve.

The French outfit strung phase after phase together inside Ospreys’ half and the forwards took it upon themselves to try and get the ball over the white line. However a key intervention from tighthead prop Ma’afu Fia stole a penalty for his side and the pressure was temporary lifted. Castres soon found themselves back in possession in Ospreys territory and the hosts were asked to defend once more.

Despite a period of valiant defending from the Ospreys, Castres’ eventually found a chink in the armour and flanker Kornath smuggled the ball over from close range. Outside half Fortunel converted the score in front of the posts and reduced the deficit to 15 points with 25 minutes remaining.

Castres again went on the offensive and made some hefty carries deep into Ospreys’ 22 once more. More stoic defending eventually yielded its rewards, forcing the visitors to knock the ball on.

The Casgtres fight-back was stopped dead in its tracks with an outstanding score from the Ospreys. Ospreys winger Mat Protheroe and North again swallowed up the yards out wide before wonderful interlinking play with back rowers Dan Lydiate and Griffiths bringing in fullback Dan Evans for a beautiful finish along the touchline. The wide conversion posed no problems for Myler, who added the two points from the tee.

Castres weren’t about to roll over and give in, however, and moments later were celebrating a try of their own in the corner when replacement wing Adrien Amans snaffled up a grubber kick and dotted the ball down over the line. The conversion attempt was pushed wide from the touchline, so Castres remained 17 points behind with eight minutes left on the clock.

The last play of the game was a fitting exclamation mark from the Ospreys; replacement scrumhalf Matthew Aubrey swung the ball left to Myler, who put a bobbling grubber kick wide to the lurking replacement winger, Luke Morgan. The speedster was off like a flash, beating his opposite man to the ball and grounding the ball for a final try. Myler converted the ball from near the touchline to end the game 39-15.