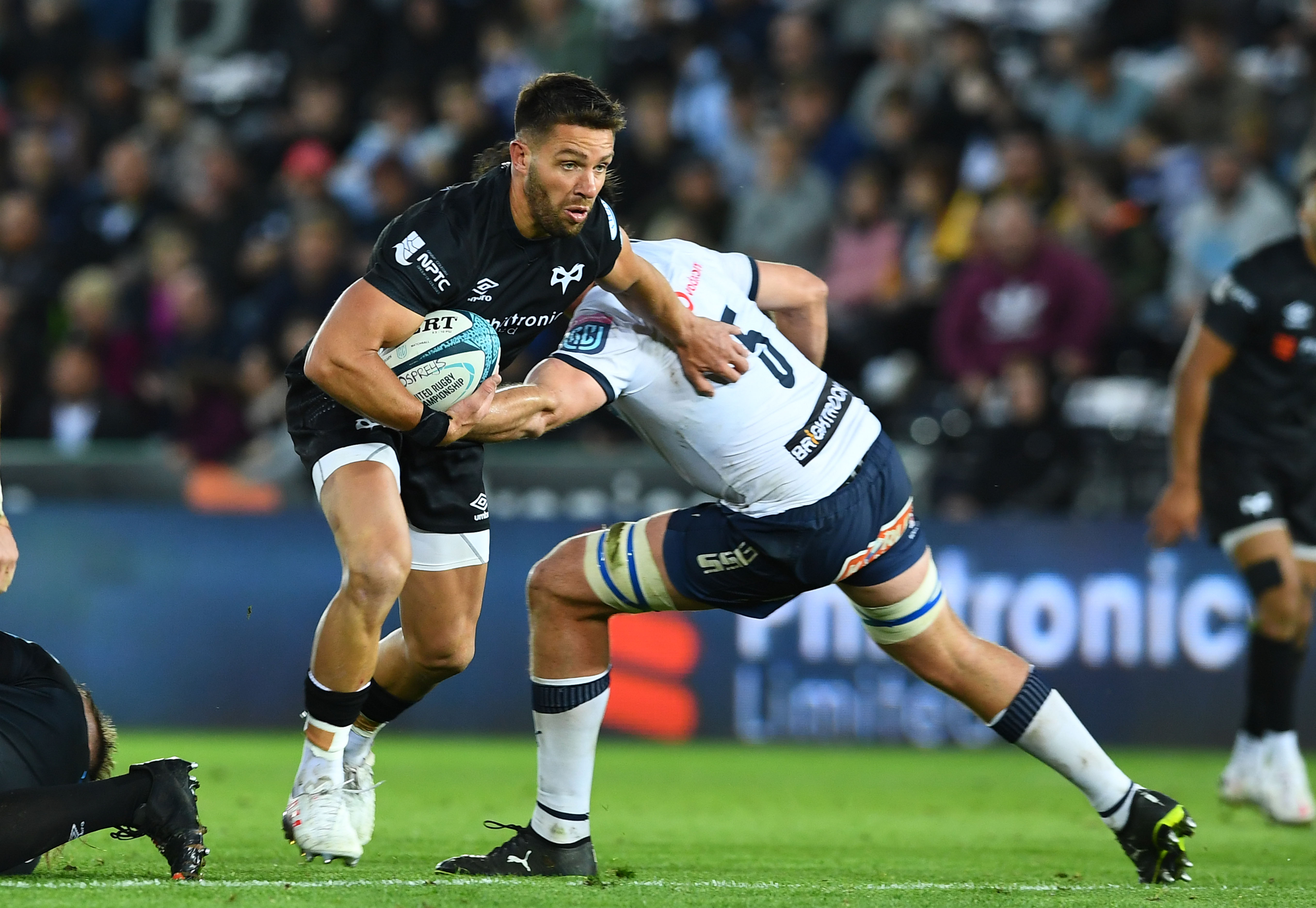 The Ospreys kept their Welsh Shield and Heineken Champions Cup qualification ambitions alive with two bonus points in the defeat to the Vodacom Bulls at the Swansea.com Stadium.

The Scarlets now know they have to beat the Stormers at Parc Y Scarlets on Saturday to win the Welsh Shield and qualify for European rugby’s premier tournament.

If they don’t, the Ospreys win the Welsh Shield and will qualify for the Heineken Champions Cup.

Fly half Gareth Anscombe scored 11 points with the boot against the most successful South African side in the professional era.

The Ospreys, who had 11 players in the Wales tour party for the three-Test series to South Africa in the summer, came into the game having won five of their six Welsh derbies in the URC this season.

The visitors opened the scoring with an early try from lineout which saw wing Madosh Tambwe exploit the lack of numbers in the Ospreys defence on the blindside to make it 5-0.

The Bulls extended their lead with a second try by fly-half Chris Smith after another period of pressure by the visitors. He converted his own try to make it 12-0 midway through the first half.

The Osprey replied with their first points of the evening when fly-half Anscombe landed a long-range penalty to make it 12-3 before the home side scored their first try of the game.

A quick tap penalty by skipper Rhys Webb saw flanker Morgan burrow over from short-range to claw the Ospreys back into the game. Anscombe added the conversion to make it 12-10 to the Bulls at half-time.

The Bulls opened the scoring in the second half with two quick tries to lead the Ospreys 26-10 before the home side hit back with a trademark driving maul that the Bulls would have been proud of and pounded away at the visitors line until a delicate Anscombe cross field kick saw wing Morgan touchdown for the second try by the home side.

Anscombe added the conversion to make it 26-17 to the Bulls midway through the second-half. Centre Hendricks crossed for two more tries before the Ospreys rallied with an interception try by Morgan to secure the two bonus points.