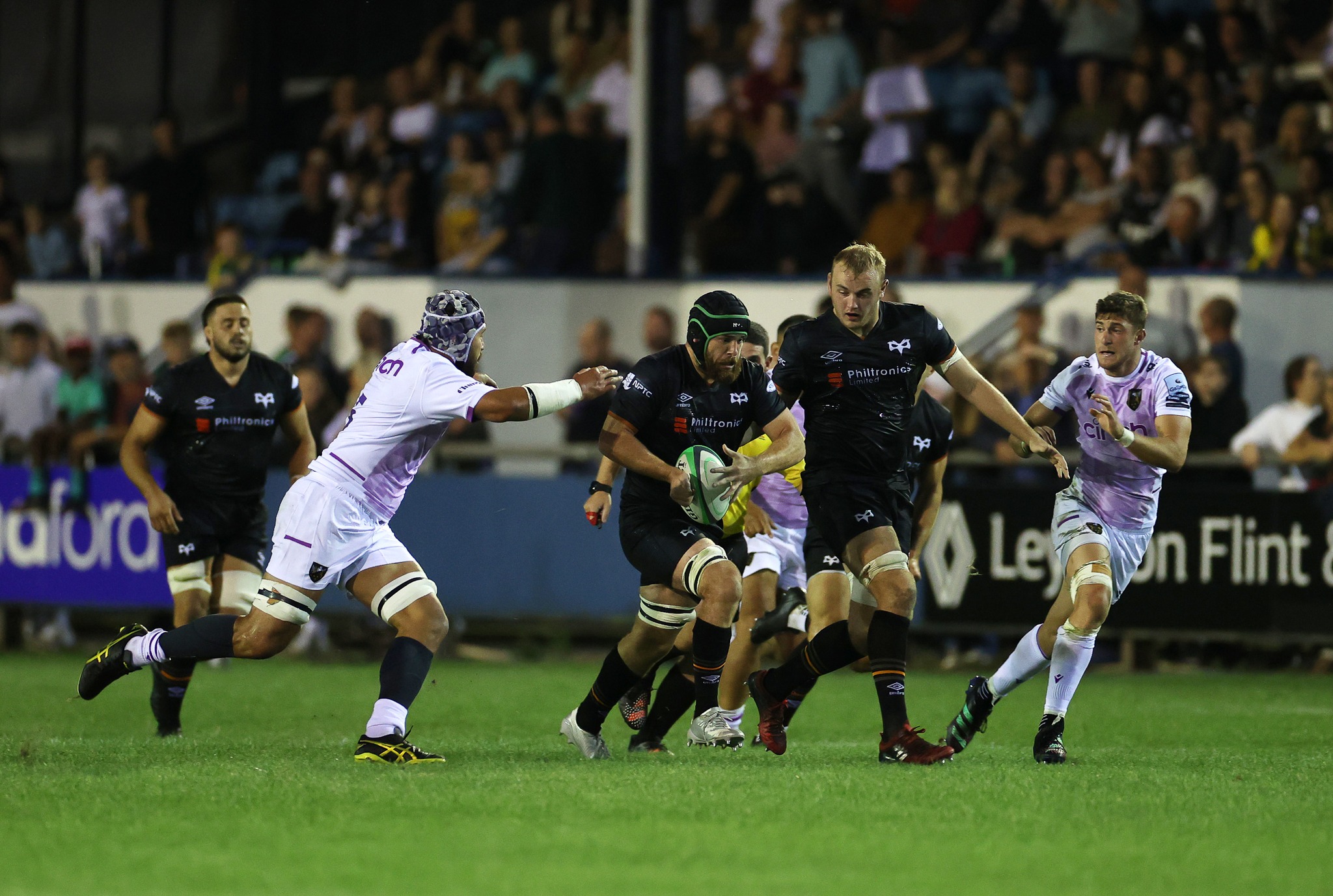 Justin Tipuric returned from injury as Ospreys finished their pre-season in style with 31-24 victory at the Brewery Field thanks to a late Luke Morgan try.

The home side started strongly showing their dominance in the scrum during the early exchanges.

This gave them a platform downfield for an attacking lineout. Rhys Webb delayed his pass to meet the well-timed run of Joe Hawkins who was tackled metres short.

Ospreys pressure forced ill-discipline from Northampton, who gave away a penalty in front of the posts, which Myler converted to give the Ospreys a 3-0 lead.

Saints responded winning a scrum penalty of their own which they kicked to the corner. The resulting driving maul was brought down illegally by Scott Baldwin who was yellow carded, with a penalty try awarded to the visitors.

While the home side were a man down, Northampton piled on the pressure, quick ruck ball resulted in Fraser Dingwall offloading to flanker Angus Scott-Young to score in the corner. Grayson missed the conversion.

On the verge of half-time Ospreys winger Keelan Giles picked up a loose ball in the backfield before using his electric pace to beat several defenders. However, the crucial final pass to Webb didn’t go to hand, wasting a great opportunity.

In the early stages of the second period Northampton’s Sam Matavesi was sin binned for infringing at a lineout.

The home side took advantage of the extra man, Jac Morgan’s powerful burst down the wing created a try for Cai Evans. Jack Walsh converted.

The Saints responded brilliantly once Matavesi had returned to the field. From a scrum in their own 22 they threw the ball wide to speedster Tom Collins to score a terrific try. Grayson missed the conversion.

Ospreys pounced on a Northampton overthrow at a lineout, Garyn Phillips powered his way over from short range. Walsh added the extras, leaving the score at 17-17.

Phillips then scored his second of the match, bursting over after a powerful Elvis Taione break into the Saints 22. Luke Scully converted.

Northampton played the final 10 minutes a man down after Nansen received a yellow card for a high shot on Walsh.

With just over five minutes left on the clock, Reuben Morgan-Williams sniped towards the Northampton try line. Jack Walsh then threw a brilliant pass to Luke Morgan who scored the winning try out wide. Scully added the extras.