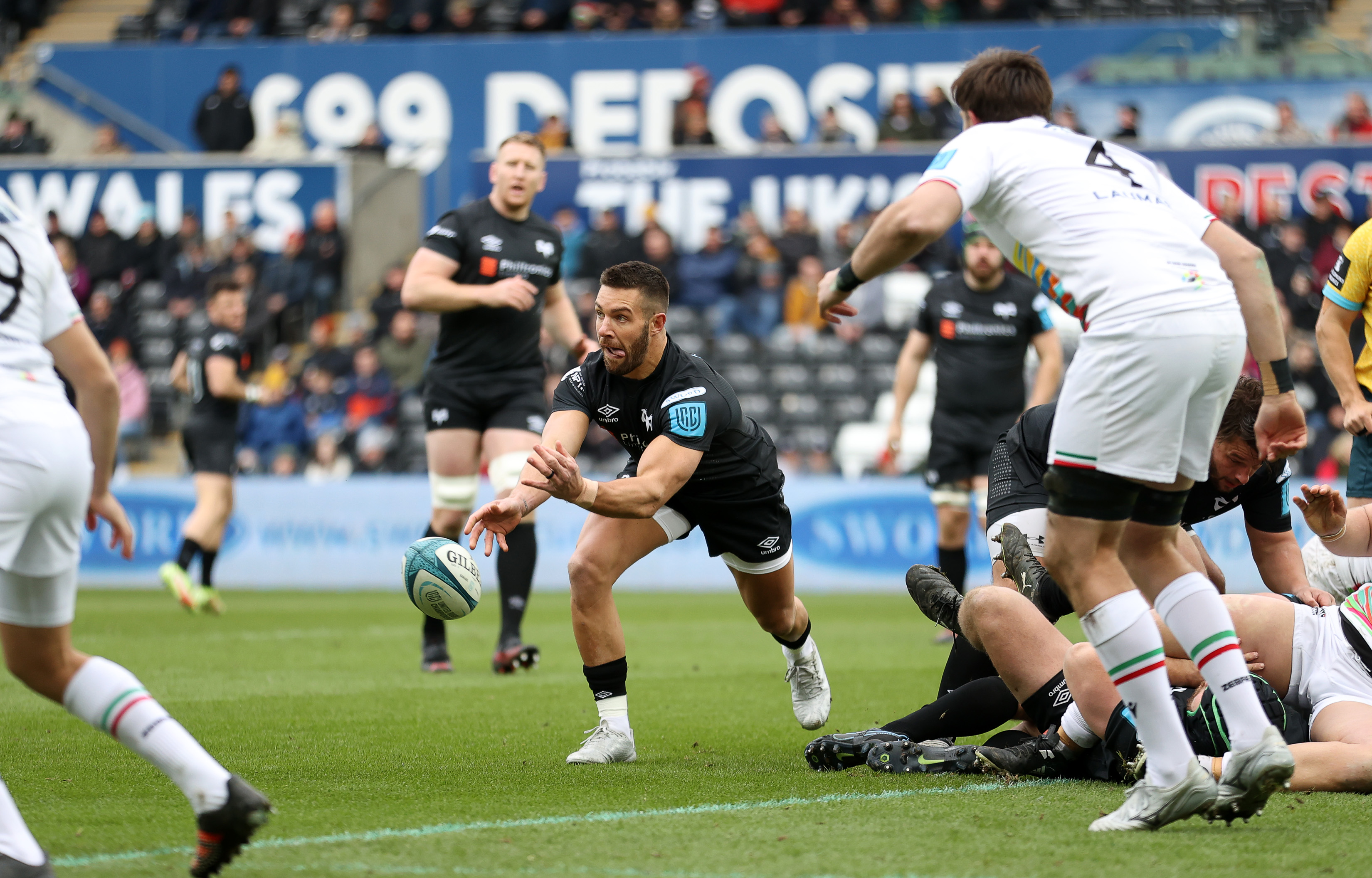 The Ospreys secured a fourth successive home win at the Swansea.com Stadium with a 27-22 victory over Italian side Zebre Parma in the United Rugby Championship.

The home side recorded their seventh victory of this campaign and are now sixth in the URC table and in contention for a top eight finish as the campaign comes to its climax.

Tries by hooker Sam Parry, flanker Morgan Morris and replacement Will Griffiths and a dozen points from the impeccable boot of fly half Stephen Myler sealed the win.

The victory means the Ospreys are still the leading Welsh side in the URC.

The Ospreys welcomed back flanker Dan Lydiate, who made his first start after being sidelined for 13 month due to injury, and hooker Scott Baldwin pulled on an Ospreys jersey for the first time in nearly three years.

Both sides tried to find their rhythm and tested each other in a typically bruising opening quarter dominated by the whistle of Irish referee of Andrew Brace.

Myler opened the scoring for the home side with a straightforward penalty on the fourth minute after the visitors conceded a penalty straight after a period of pressure straight in front of the posts.

The visitors hit back almost straight away with a penalty of their own only for Antonio Rizzi to see his effort hit the far upright but he made amends midway through the first half with a penalty to make it 3-3.

The Zebre fly-half added a second penalty to give the visitors a lead 6-3 before the Ospreys took charge of proceedings with captain Rhys Webb and Myler directing operations during a three-minute spell when they scored 14 points towards the end of the first half.

The home side’s first real period of sustained pressure saw them switch play from side to side before the visitors cracked under the pressure and conceded a penalty.

Myler kicked for touch and hooker Parry emerged with the try after a trademark Ospreys driving lineout to take the lead. The fly half added the conversion to make in 10-6.

The Ospreys extended the lead with a second driving lineout minutes later before flanker Morris crashed over for the home side’s second try, with Myler slotting over his third shot at goal to make it 17-6 to the home side at half-time.

After the break, Zebre fly half Rizzi slotted over his third penalty to narrow the lead to eight points before the visitors took the lead with a try by lock Liam Mitchell and a fourth penalty by the fly-half  to make it 19-17.

Myler replied with a penalty to reclaim the lead midway through the second half before Zebre went down to 14-men after full back Jacopo Trulla was shown a yellow card for a deliberate knock-on.

Replacement Griffiths took full advantage to cross for the Ospreys third try which Myler converted. Rizzi landed another late penalty for the visitors but the Ospreys held on for the win.