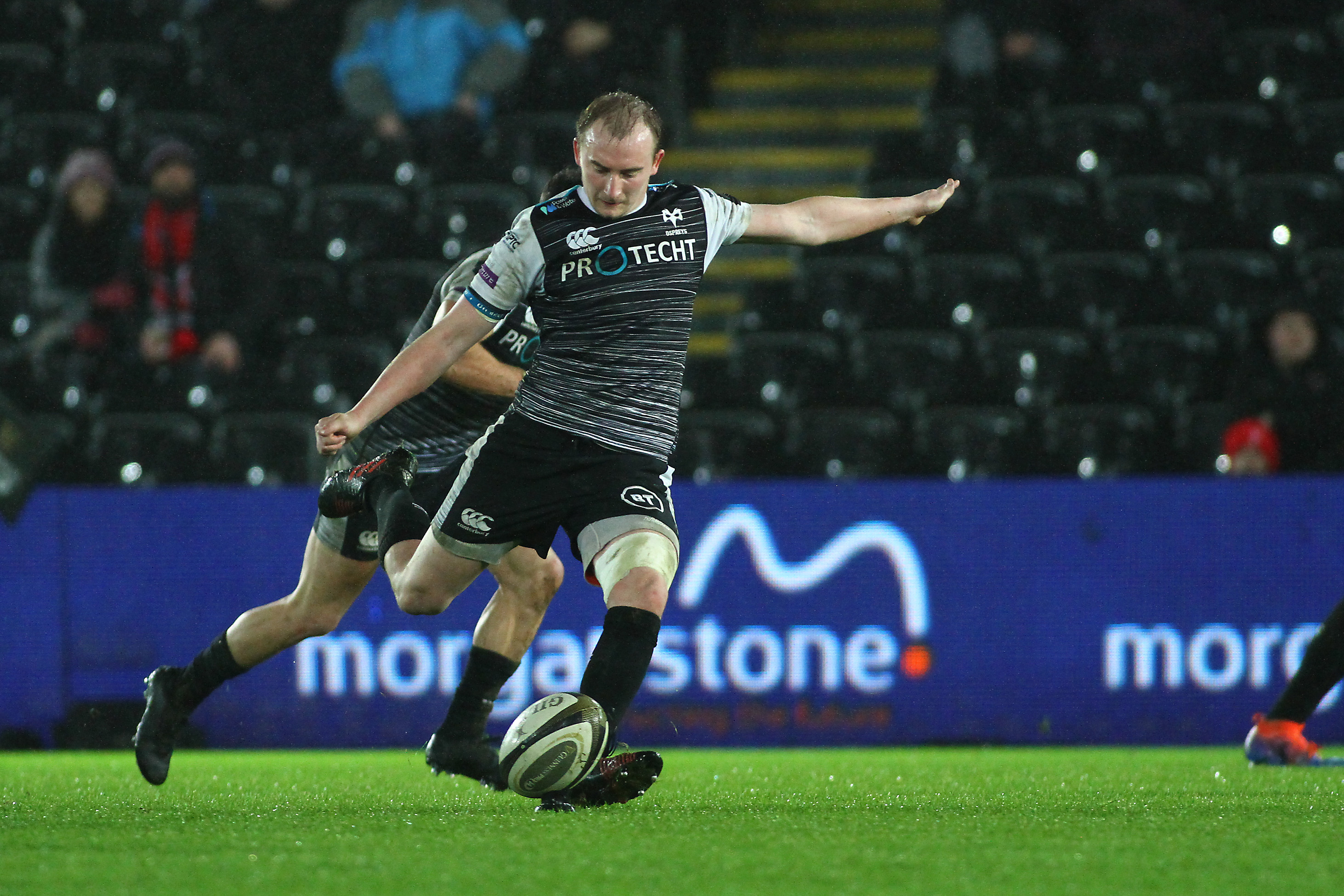 Ospreys stood up to the Ulstermen on a stormy Saturday night in Swansea and came away with a famous last gasp victory.

The hosts took the lead through the boot of Luke Price early, but Ulster centre Stuart McCloskey set up his winger Robert Baloucoune for the opening try of the day following a charging run through the line. The hosts responded immediately through Watkin, celebrating his 50th cap with a try, the centre scything through the defence before being hauled down and sliding to the try line. Price extended the lead with his boot.

On the 25th minute, a forceful rolling maul ploughed towards the line and hooker Scott Otten charged to the line for the Ospreys' second try of the evening. Price's conversion attempt from the right-hand touchline veered wide at the last moment in the swirling wind, denying the hosts an additional two points.

From the restart, Kieran Williams set off on a one-man mission down the left wing, and the territory gain forced Ulster into conceding a penalty. Price made no mistakes in punishing them from the tee, extending his team's lead to 18-7. Ulster clawed back three points before half time and both sides went in at the half with eight points separating the two, 18-10.

Ospreys picked up the second half where they left off with a relentless display of aggression. Utilising their maul superiority, the Ospreys sent Ulster's pack backpedalling towards their own try line and Otten once more claimed the spoils, boosting his team into a 23-10 lead.

On the hour mark, despite some stalwart defending from the boys in black, Ulster's Matt Faddes exploited an overlap and crossed the whitewash for their second try, and replacement Bill Johnston added two more points to slash the deficit to just six points.

Enjoying some rare momentum, Ulster capitalised through McCloskey who took a crossfield kick unopposed to score in the corner. Johnston's conversion ensured the Ulstermen headed into the final ten minutes with a one-point lead.

An aerial battle ended with a penalty awarded to the Ospreys just on Ulster's 10m line, with just five minutes remaining. Outside half Luke Price stepped up to the mark and displayed remarkable composure to send the ball sailing between the uprights, despite the swirling wind.

The final moments were tense, as Ulster pressed into Ospreys' territory and within strike range. A final heroic defensive effort denied Ulster any more progress, and with it, an opportunity to win the game.

Player of the match: Dan Lydiate