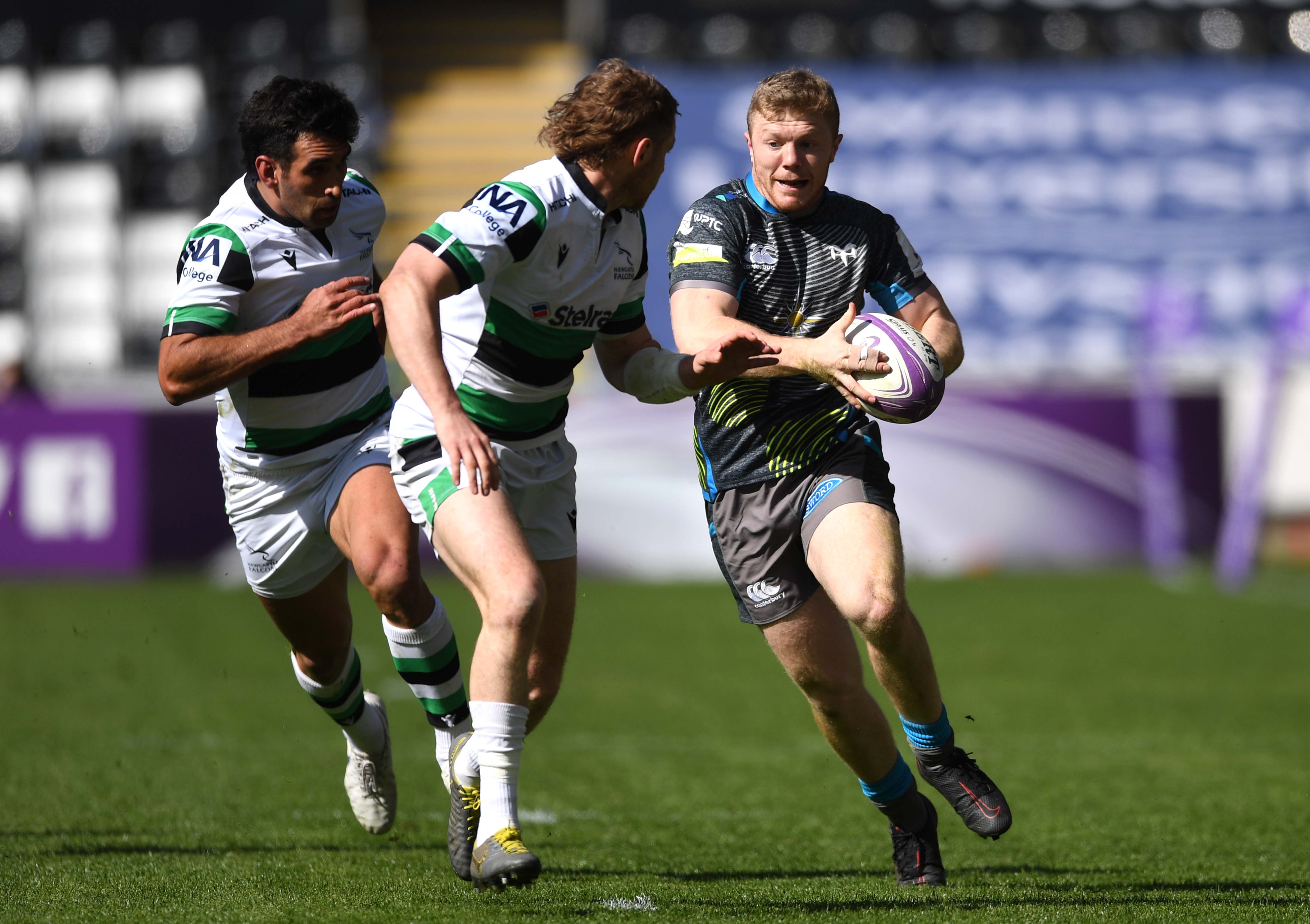 It was a bruising opening between the two sides as both looked to keep the ball in hand early on. But it was the hosts that drew first blood with some spectacular handling from the forwards, releasing outside half Luke Price to find centre Williams on the wing for the try. Price struck the conversion well and on the ten-minute mark, Ospreys led by seven.

Minutes later, Ospreys followed up with a second blow, all started by winger Keelan Giles’ blistering break down the left touch line and finished off by fullback Dan Evans who scored his 50th try in an Ospreys jersey. Price was successful with his second shot at goal and the hosts extended their lead to 14.

Newcastle were rewarded for their persistence after 32 minutes, having spent many phases hammering away at the Ospreys line with the benefit of a penalty advantage. Ospreys captain Justin Tipuric was shown a yellow card for a professional foul on his own try line and the Falcons would take advantage through loosehead prop Trevor Davison, and outside half Brett Connon added the conversion.

An error at a lineout for the hosts and the Falcons were gifted another opportunity to charge at the line and were once more rewarded as referee Ludovic Cayre awarded them a penalty try and sent Ospreys’ lock Adam Beard to the sin bin for ten minutes. The half ended with the scores level at fourteen all.

The second half started much as the first half ended, as Newcastle found their way to the try line through lock Sean Robinson. The try was converted, and the Ospreys fell behind for the first time in the game.

An inspiring set piece attack from the Ospreys set centre Williams away towards the posts. As the Ospreys support runners caught up, Falcons were penalised for killing the ball and outside half Price took the easy three points and shaving away at the opposition lead.

Newcastle Falcons came away with their fourth try through another set of picking and driving from short range, hurling body after body at the line before backrower Van Der Walt reaped the rewards. The score was converted, and Newcastle extended their lead to 17-28

Ospreys repaid the favour shortly afterwards with a forward orientated try of their own, claimed by replacement tighthead prop Tom Botha.

Unfortunately for the Ospreys, the hosts were unable to get back into Newcastle territory, and the Premiership side ran the clock down efficiently to bring the game to its conclusion.