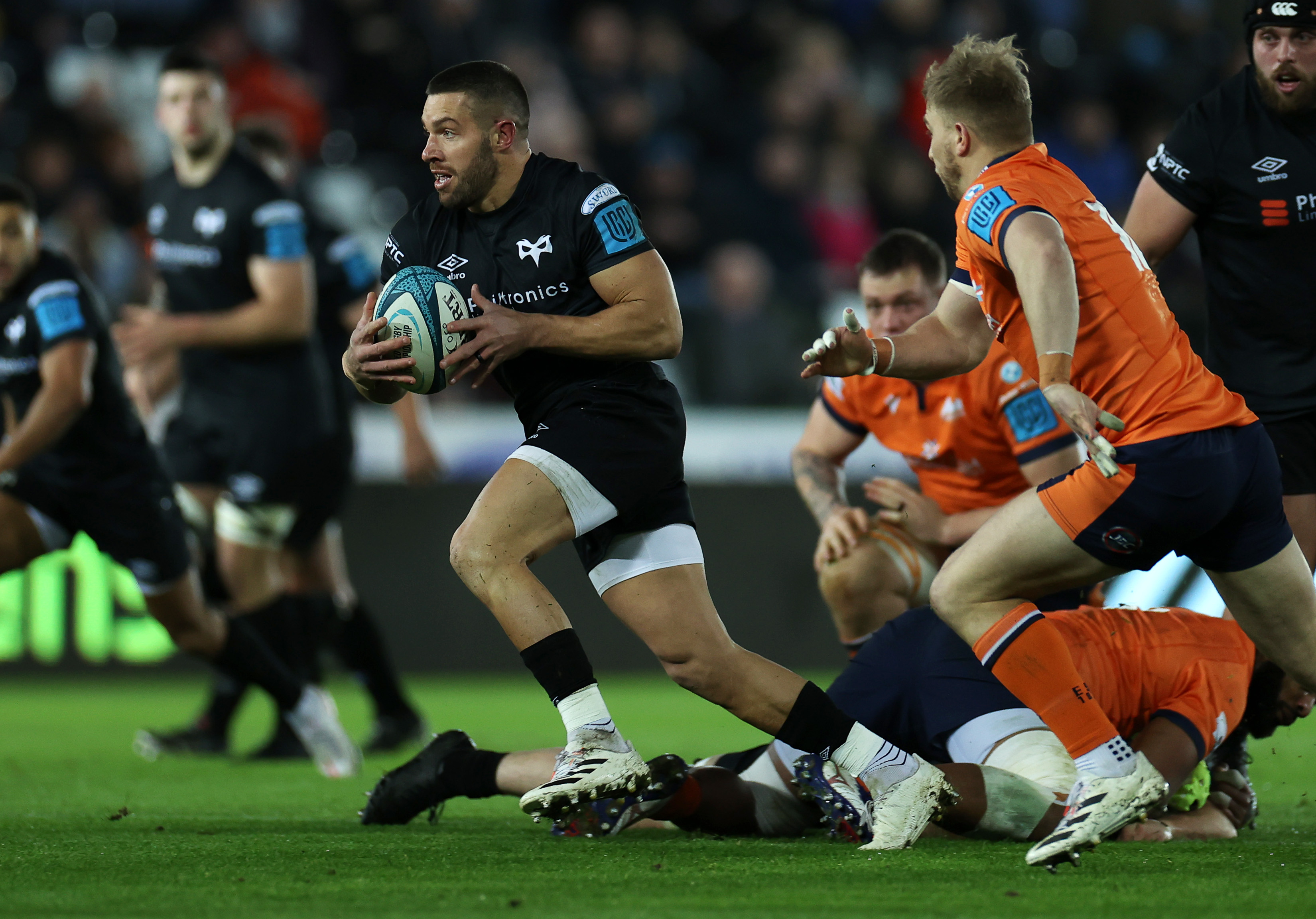 The rain kept away for the late afternoon kick off, but it was still bitingly cold under the floodlights as the teams ran out, the Ospreys back in their familiar black kit and Edinburgh in a striking orange and navy kit.

The Ospreys were without 20 players for this URC tie, eight away on international duty and a further 12 absent through injury, including British and Irish Lions stars Justin Tipuric, Alun Wyn Jones, and George North. A shining opportunity then for the young Ospreys to raise their hands and catch the eye.

It was a stalemate for the first quarter of the game, but two tries from loosehead prop Venter, converted by Edinburgh outside half Jaco van der Walt, gave the visitors a hand 14-point lead with still plenty of the first half left to play.

Ospreys battled their way back into the game, but only one Stephen Myler penalty on the scoreboard was the fruits of their labour, despite two close calls near the Edinburgh line.

Eleven points separated the two at the interval, and Toby Booth will expect more accuracy from his side in the second half. 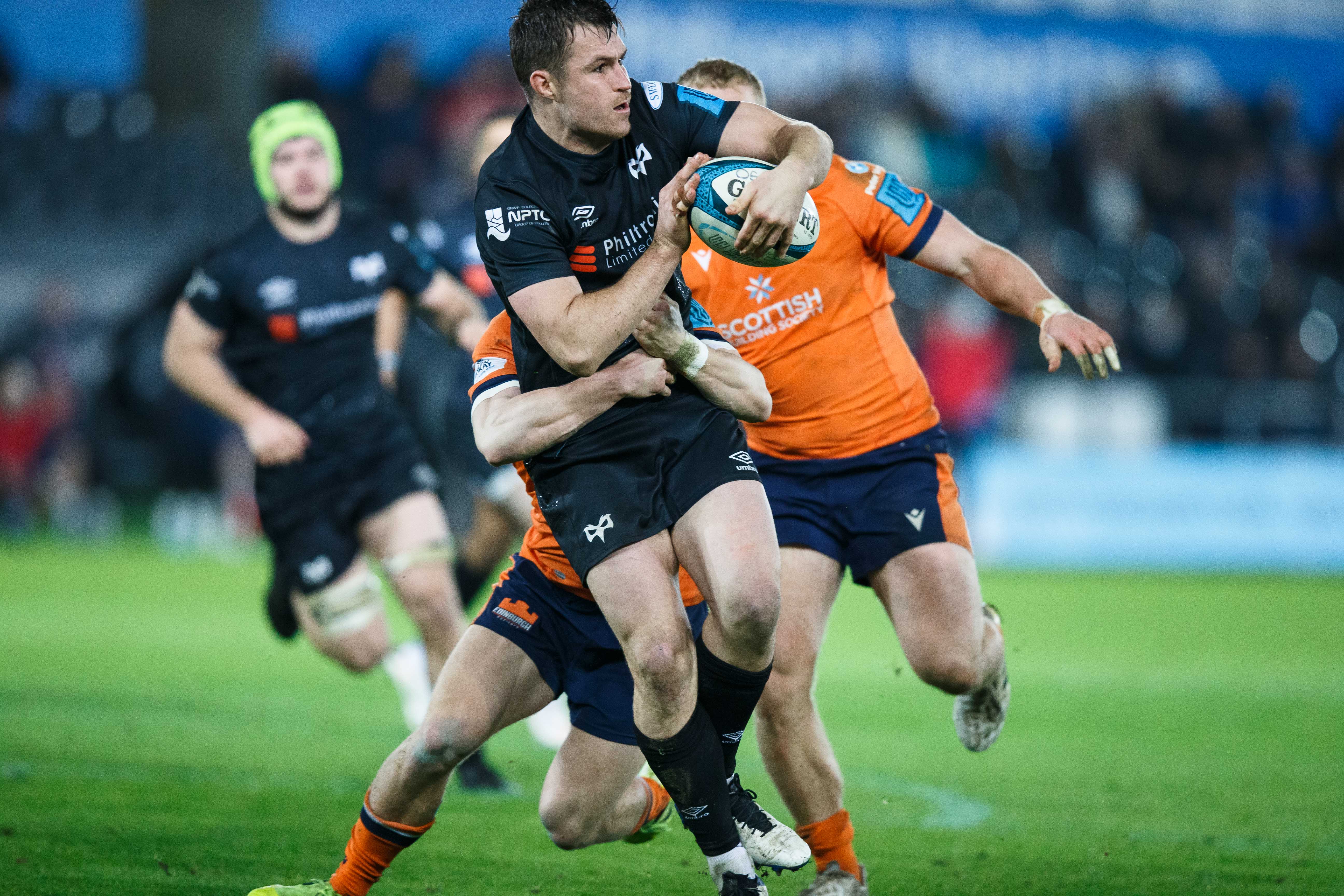 It was the Ospreys that fired the first shot in the second half with fullback Mat Protheroe running clear over the line for the first Ospreys try; and hooker Sam Parry benefiting of some cunning lineout trickery to barrel over the line in the far corner for a try each while Edinburgh prop Venter got his hattrick to give Edinburgh the lead.

However, a crucial charge-down of the conversion from winger Luke Morgan denied Edinburgh the extras and two calmly slotted penalties from the tee from Myler was enough to give the hosts a four-point lead in the final moments of the game.

The squad stepped up to hold the visitors out and some heroic scrummaging and disruption work at the breakdown denied Edinburgh a steady platform. A final penalty in favour of the Ospreys ensured the home crowd had plenty to cheer about as the ball was kicked into touch to record an important victory. 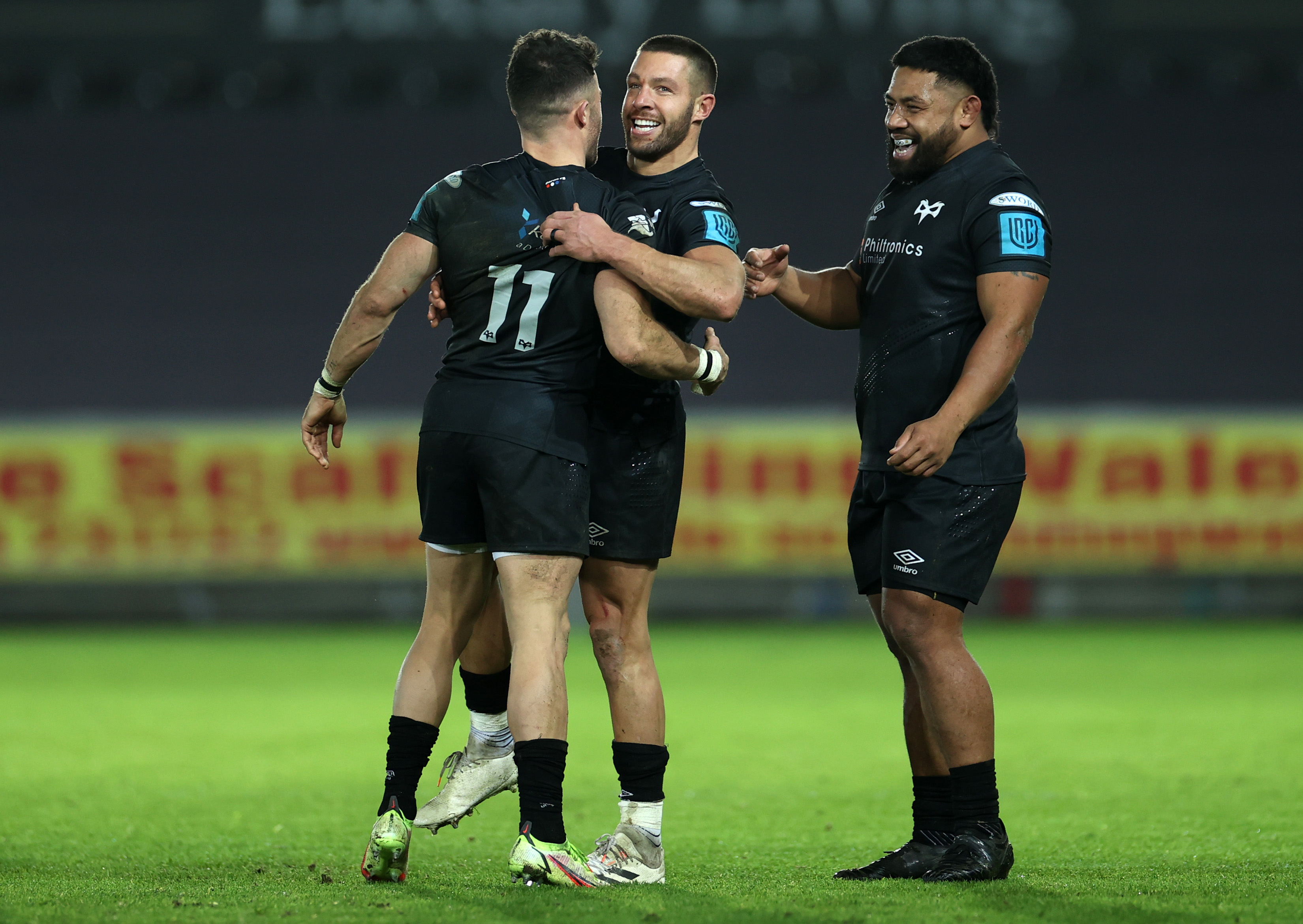 Toby Booth spoke with Premier Sport after the game:

“This win is great sign off for an emotional block of games for the boys. It’s Ifan [Phillips’] birthday today and that performance represented Ifan. That was for him.

“This group, they never lay down. They always keep going. Today we won the key moments which is what we don’t do when we come second best.

“We’re lucky to have the likes of Stephen Myler, Gareth Anscombe, Michael Collins, and Rhys Webb on the pitch, and when the leaders step up to give you confidence, it grows the confidence within the group.

“What we’ve done as a team is on the pitch to see. We’ve got to have trust in the systems and each other. Fans make a massive difference too. We didn’t give them much to cheer about in the first half but you could hear them at the end there and see what it meant to them too.”