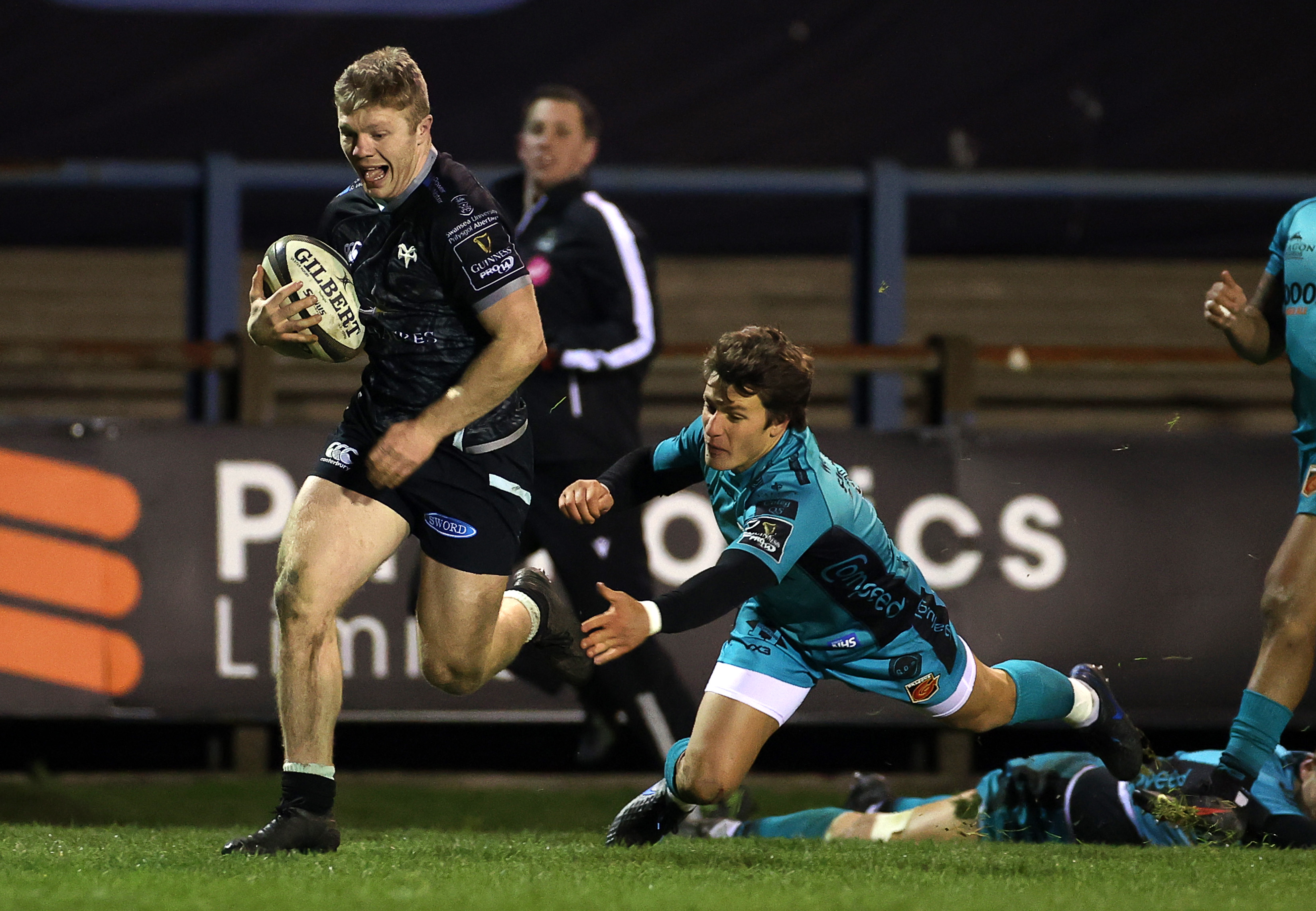 It was a promising opening quarter for the hosts, as they pummelled the Dragons onto their own try line repeatedly but were unable to cross the whitewash. Against the run of play, however, Dragons strung good phases together and on a rare visit to the Ospreys 22m, number eight Aaron Wainwright found his way over the try line. Dragons outside half Sam Davies converted the score to extend the lead.

Ospreys outside half Stephen Myler brought three points back for his side in response. Soon after, Ospreys centre Keiran Williams took the ball and rampaged forward to score his side’s first try of the evening.  The score proved crucial to giving the hosts a narrow lead at the interval.

Dragons inflicted the first blow through winger Jonah Holmes, gratefully receiving the ball after some hard running in the midfield. Ospreys struck back immediately however, a lovely impromptu move allowing centre Williams another charge at the line and the Ospreys got their noses in front once more.

Dragons winger Ashton Hewitt would score the Dragons’ next try, with Ospreys lock Rhys Davies in the sin bin. The conversion was missed, however, and the game hung in the balance at 17-all with a little over a quarter of the game yet to play.

Ospreys’ outside half Myler knocked over another penalty to take the lead, however, in within a minute the Dragons had struck back with a fourth try through winger Holmes once more. The conversion meant that with only ten minutes remaining, the Ospreys were chasing the game having fallen four points behind.

An extremely flat pass from Dragons’ replacement scrumhalf Rhodri Williams set Hewitt off on a searing run up the field and the winger’s try sealed his team’s victory, with Davies converting with ease.