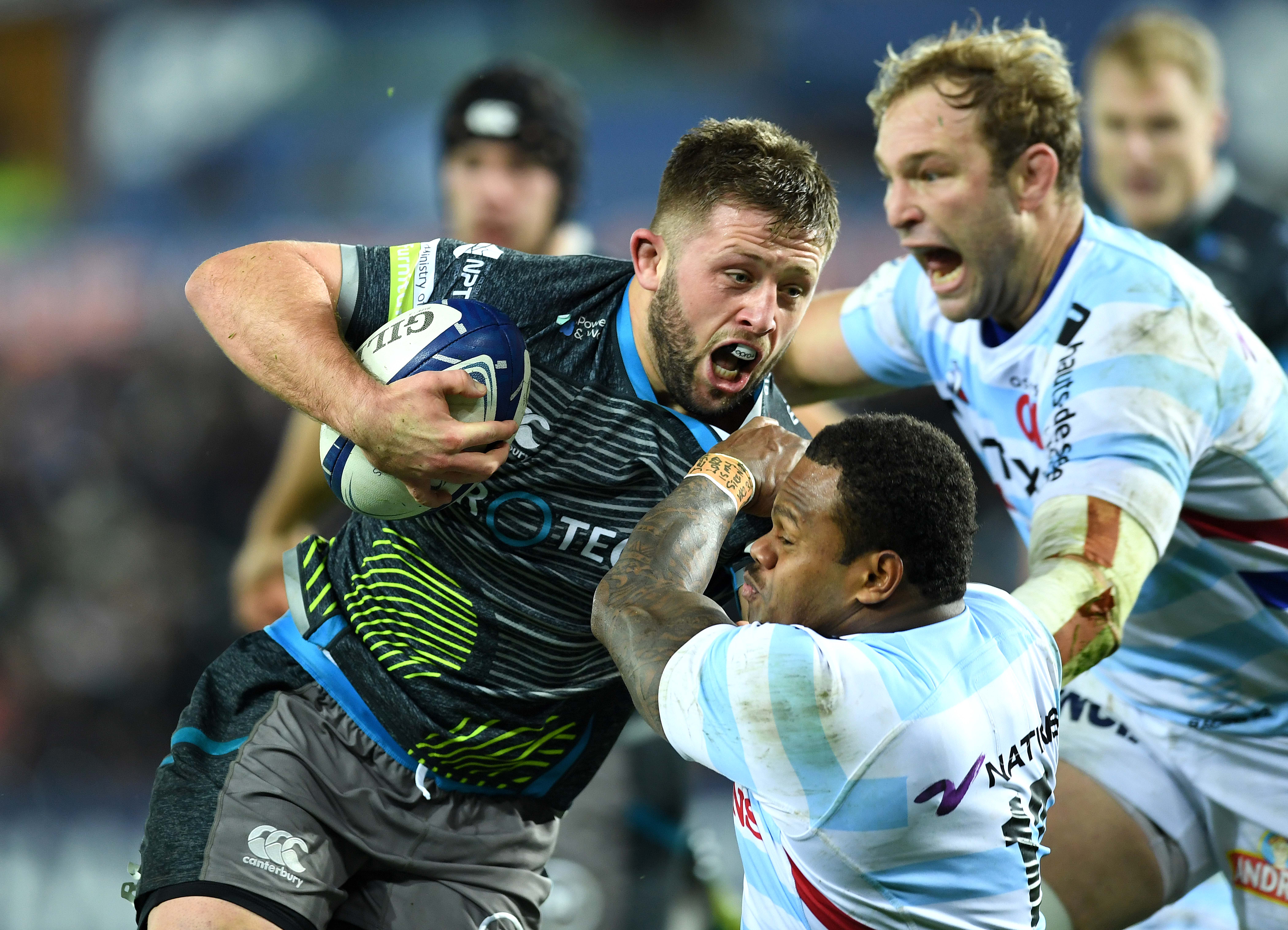 The Ospreys showed trademark character and resilience after losing full-back Dan Evans to a red card in the first minute of their Heineken Champions Cup defeat to Racing 92 at the Liberty Stadium on Saturday.

In a game dominated by the whistle of Irish referee Frank Murphy, the Ospreys were even down to 12 men at one stage of the first half with yellow cards for centre Scott Williams and scrum-half Aled Davies.

In a game blighted with controversy, the Ospreys were forced to play twenty minutes of the first half with just thirteen men, but they showed grit and determination in the second half to come back to within two scores of the French giants before Racing secured a victory with a late try.

Carl Hogg, Forwards Coach
"You judge a team by its character, and I think we showed it in spades in that second half"

Controversy struck early in the encounter, as full-back Evans was shown a harsh red card within the first minute of the game. His foot made contact with the face of wing Teddy Thomas player, and referee Murphy ruled dangerous play and gave the Osprey his marching orders.

The Ospreys were forced to play more or less the entirety of the game with a man down.

It did little to scupper the confidence of the home team in the early phases of the game as the Ospreys found themselves deep into Racing territory after five minutes and got their just rewards moments later.

A terrific effort up front from the pack gave an opportunity for wing Hanno Dirksen to barrel over in the corner. Debutant fly-half Marty McKenzie's first kick at goal in an Ospreys jersey was a beauty, bisecting the posts and extending the hosts' lead to 7-0.

An injury to centre Owen Watkin forced him from the field early, and fellow centre Williams then received his yellow card for deliberately killing the ball.

Racing 92 punished the hosts with a try of their own as hooker Teddy Baubigny claimed the try from the back of a ruthless maul. Scrum-half Maxime Machenaud added the extras and drew the game level after 20 minutes.

The remainder of the half saw the French side cross for three tries, with wing Thomas claiming a brace and a penalty try awarded alongside a second yellow card for scrum-half Davies for a mis-timed intercept. The hosts managed to keep the Parisians out in the closing minutes and saw the half out 7-28.

Yoan Tanga opened the scoring for the visitors in the second half with a short dart over the line from close range.
Ospreys wouldn't be refused a try of their early in the second half either, with Ma'afu Fia on the receiving end of some excellent interplay between McKenzie, Morgan, and Dirksen.

Some quick thinking from scrum-half Davies set the Ospreys off on a scintillating few phases, before Morgan Morris showed his strength to beat a number of defenders but was stopped just short. Aled Scrum-half Davies used every inch of his reach to dive over the top of the ruck and dot down for Ospreys' second on the brink of the hour mark.

The response wasn't immediate, but certainly telling, as Racing's captain, Chavancy, showed great strength to get over in the right-hand corner, with Machenaud converting.

A last-ditch effort from the hosts to claim a try scoring bonus point saw the ball spun from touch line to touch line, but the Ospreys were unable to cross the whitewash.