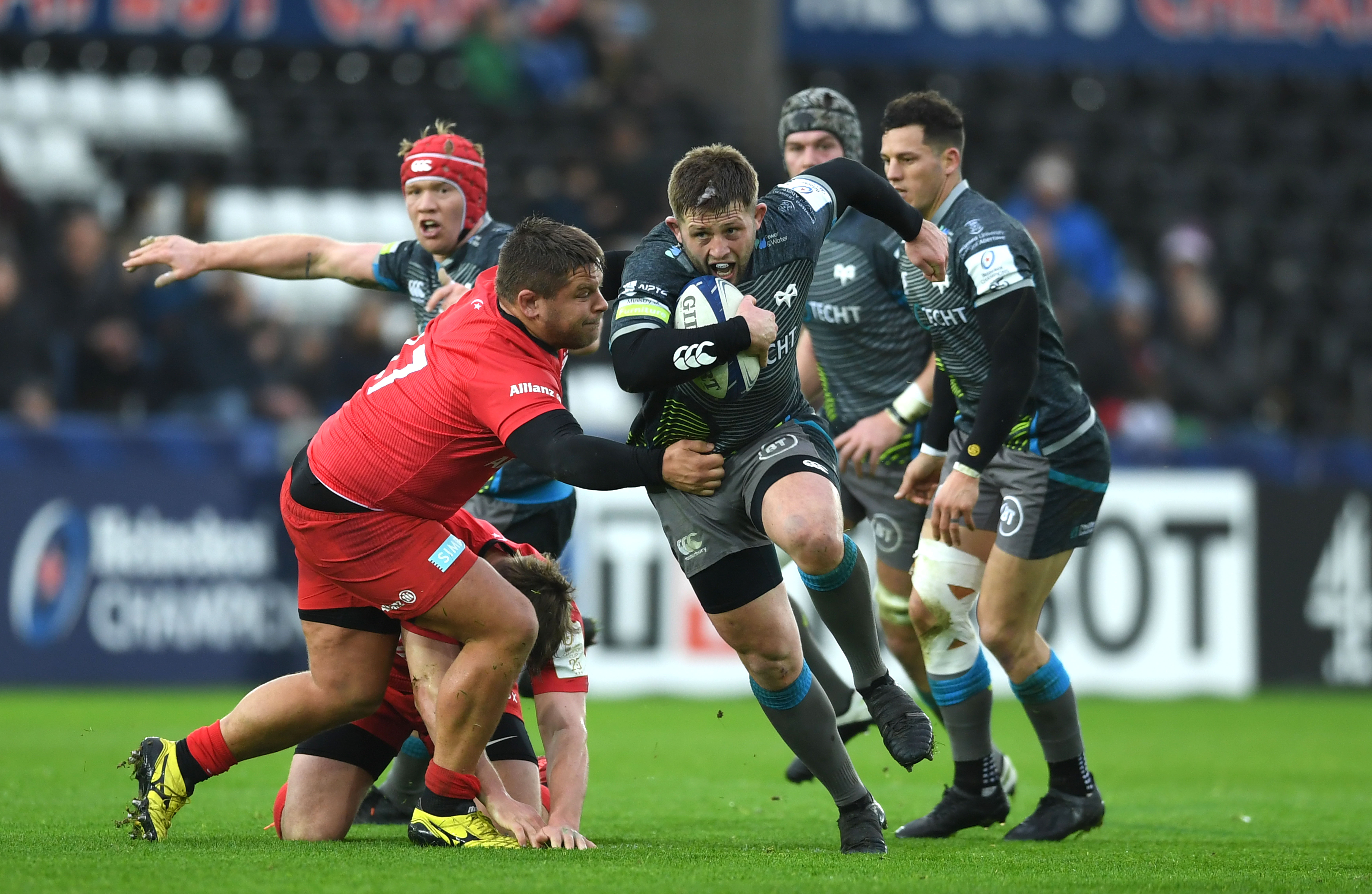 It was the first home game of the year for the Ospreys, but their last Heineken Cup fixture of the season at home, while Saracens still had ambitions of qualifying for the knock-out stages.

Carl Hogg, forwards coach
"We missed out on a golden opportunity if I'm honest. Twelve points in the first half gave them a foothold. The players showed a huge amount of fight, but we've got to make sure we stay disciplined. I feel we're on the cusp of it turning."

The visitors kept the scoreboard ticking over in the first half through the boot of Saracens' outside half, Manu Vunipola. However, just five minutes after kick-off, Welsh international prop Rhys Carré was shown a red card for a dangerously high tackle on Dan Evans.

A solitary penalty goal from Osprey's own kicker, Luke Price, kept the hosts in touching distance, the scores 3-12 with not much time remaining in the half. Returning fullback Dan Evans crossed under the posts for the Ospreys, and Price's conversion meant there was just one score in it at the interval.

It didn't take long for the hosts to make the numbers count, with Saracens flanker Callum Clark in the sin bin. Dan Evans once more the recipient of a try scoring pass from outside half Luke Price. The conversion was missed, however, so the deficit was still just a single score.

The crucial moment in the game came when Saracens centre Alex Lewington regathered a box kick and raced in for a try, followed by conversion by Vunipola to take his side ahead once more. A final penalty from Manu Vunipola with a little under quarter of an hour to go sealed the win for the visitors.

Despite a battling final ten minutes from the Ospreys, they were unable to break through the Saracens line and the visitors held out for an impressive victory.

Dan Lydiate, back row
"We're close to turning things around, we've just got to believe and keep at it. It was a tough game, we had opportunities to win it, but we weren't clinical enough."

"We say the same thing every week, we need to be smarter and need to be better. On one hand, we want to be aggressive and quick off the line, but on the other we've got to keep the discipline. We've got our backs against the wall going out to Thomond to play against European giants next week." - Dan Lydiate