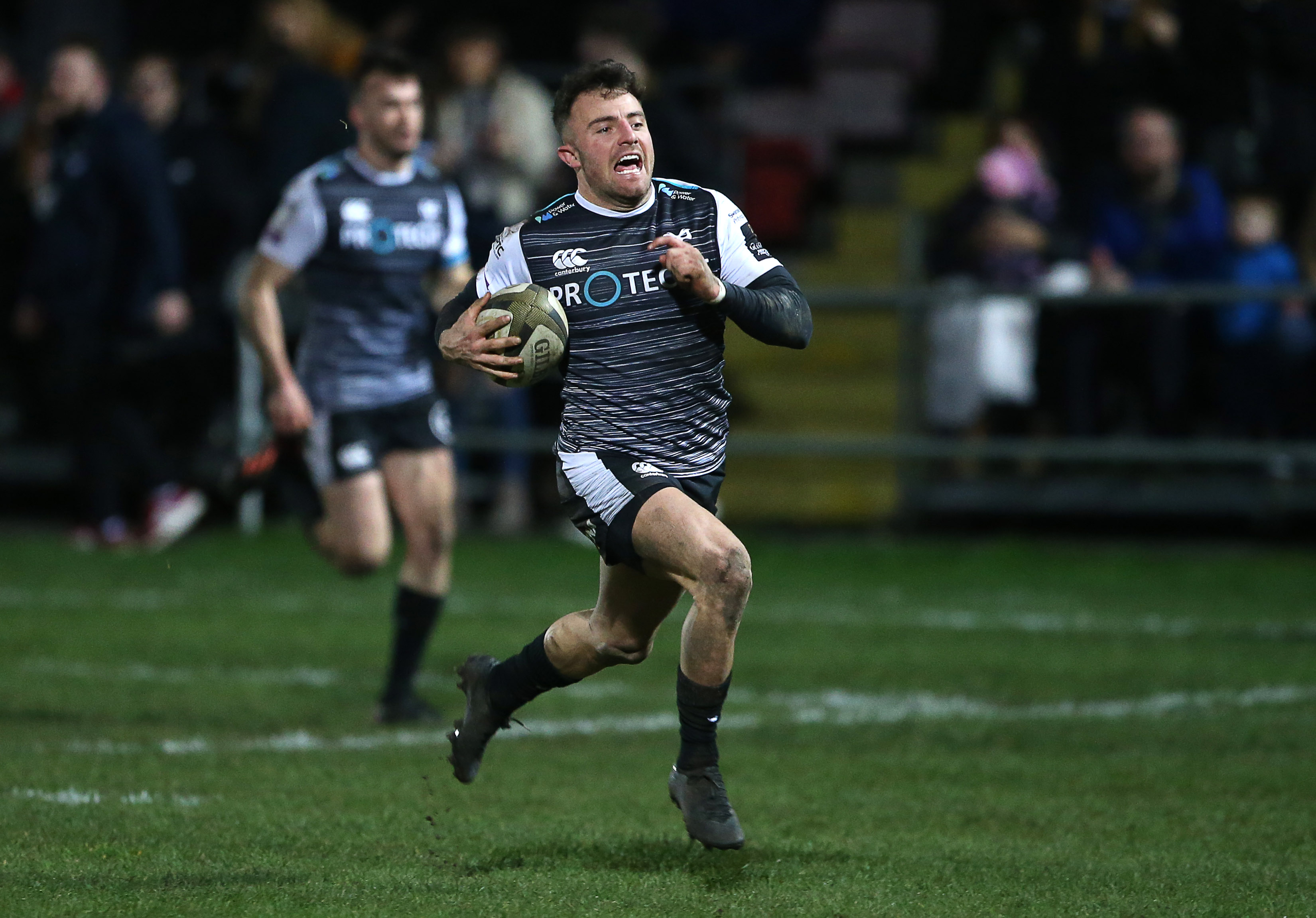 Despite leading at the interval, the Ospreys were unable to hold Leinster down as they rallied to claim their twelfth successive victory.

It took eighteen minutes for the first points of the game to be scored, and it came from the boys in blue. They powered up the field through phase after physical phase before some simple hands down the right wing released Leinster substitute, Tommy O'Brien, to score under the posts. Ciaran Frawley converted the try and Leinster took a seven-point lead. 0-7.

From the restart, centre Kieran Williams made a superb break along the left set of tram lines and only a last-ditch tackle from Leinster's cover defence prevented an immediate response.

Leinster made more territory through their pick and go strategy, but a stubborn Ospreys defence shepherded the assailant into touch just ten metres short of the try line. The resulting exit from the Ospreys was executed beautifully and Leinster found themselves back in their own half.

Minutes before the break, Luke Price was given a third opportunity to close the gap between the hosts and the visitors, this time he was on target making it 3-7.

On the cusp of half time, some individual magic from Luke Morgan saw the speedster bust through the defence, shrug off a defender, and race to the line to score under the posts. Price made no errors from the boot, giving the Ospreys a three-point lead at half-time.

Leinster gained an advantage just a minute into second half, and a scrum under the shadow of the posts. A series of penalties at the set piece resulted in what seemed inevitable when Ruddock charged for the line. Two phases later and Leinster had found their way to the line, retaking the lead after ten minutes. Frawley extended the lead by two from the tee, giving his side a 10-14 lead with half an hour remaining to play.

As the game ticked into its fourth and final quarter, Luke Price reclaimed three points from the boot and Leinster defended a single point. However, the tide would eventually change and with hooker Sam Parry yellow carded, Cian Kelleher snuck the ball to the line and gave Leinster a six-point lead. Byrne converted and ensured they were out of reach with just five minutes left on the clock.

The visitors managed to see the game out and extend their unbeaten streak to twelve on the bounce.

Ospreys will next travel to Parma to face the Italian side, Zebre, on Saturday 29th February.