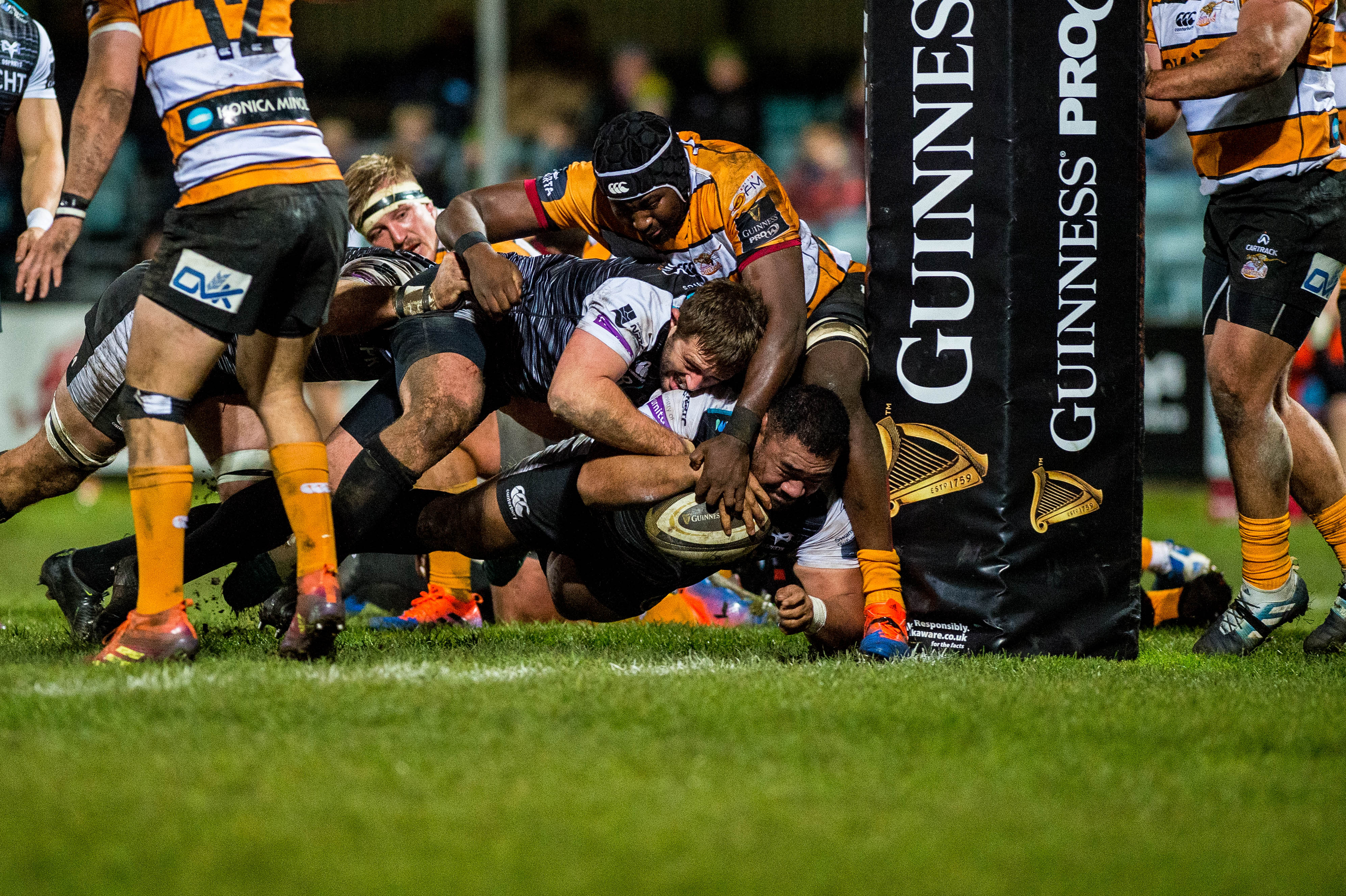 The Ospreys fought until the very end in a close encounter against Toyota Cheetahs on Saturday evening at The Gnoll.

Cheetahs were the first to open the scores with a try out wide from William Small-Smith. No conversion kept the visitors just ahead with eight minutes on the clock. Ospreys had the opportunity to answer back only moments later with a penalty against the Cheetahs in their own half. Luke Price having no issues slotting the three points to narrow the score 3-5.

Ploughing back into the Ospreys 22, the opponents rallied up an attack in the Ospreys half to earn the penalty to extend the lead. Ruan Pienaar having no troubles this time to take the Cheetahs ahead 8-3.

But only two minutes later, a huge break from Scott Otten saw the Hooker burst out of his 22. A chip from Otten saw him turn on the gas and race into the Cheetahs 22. With the cavalry arriving, the Ospreys earned the penalty to keep hold of possession.

Holding onto momentum the Ospreys took it quickly to build through the phases and drive closer to the line. A pick up and forceful drive from Ma’afu Fia saw the prop ground the try over the line. Price adding the extras to take the Ospreys ahead 10-8.

Ospreys tried to go again just before the end of the first half. A break from Scott Williams took play into the Cheetahs third quarter to turn on the attack. Securing the scrum from a penalty the Ospreys took it quickly, Dan Evans chipping through with Hanno Dirksen out wide on the chase! But the wing was outnumbered, leaving Cheetahs to gather and kick out for the half-time whistle.

The Cheetahs had the first opportunity to go for the sticks in the opening stages of the second half, but a kick just wide from Pienaar kept the Ospreys ahead on the scoreboard. But with the Cheetahs back on the attack, a loose pass was nicely spotted by Scott Williams who booted it back up field. Quick chase from Dirksen sent play into Cheetahs half before being picked up by our opponents.

Ospreys had the chance to go again after another loose pass out wide was nicely spotted by Luke Morgan who booted it back up field, but he couldn’t quite gather to take hold of possession.

It was the Cheetahs who took the first score of the second half with a quick drive over the line from Wilmar Arnoldi. Tian Schoeman slotting the conversion to take the Cheetahs ahead 10-15.

Luke Price had the opportunity to claw back the score minutes later with a penalty in line with the posts to narrow the score 13-15.

But as before, the Cheetahs secured it back and had the shot at the posts to go further ahead 13-18 with less than five minutes left to play.

In the dying minutes of the game, the Ospreys dug in deep to try and conjure up a score in the board. Powering into the Cheetahs 22, a huge effort from the pack sent our opponents backwards into their own 22 a dominant display from the forward edged the hosts closer to the line.

Penalties stacking in the Ospreys favour saw the hosts come agonisingly close to the try line as the clock ran into overtime. Another driving lineout for the Ospreys kept the Cheetahs moving backwards, and a penalty too far against the visitors resulted in a yellow card against Sintu Manjezi. But as the Ospreys looked to go again, a penalty against the hosts handed the final say to our opponents who cleared for the full-time whistle and the win.