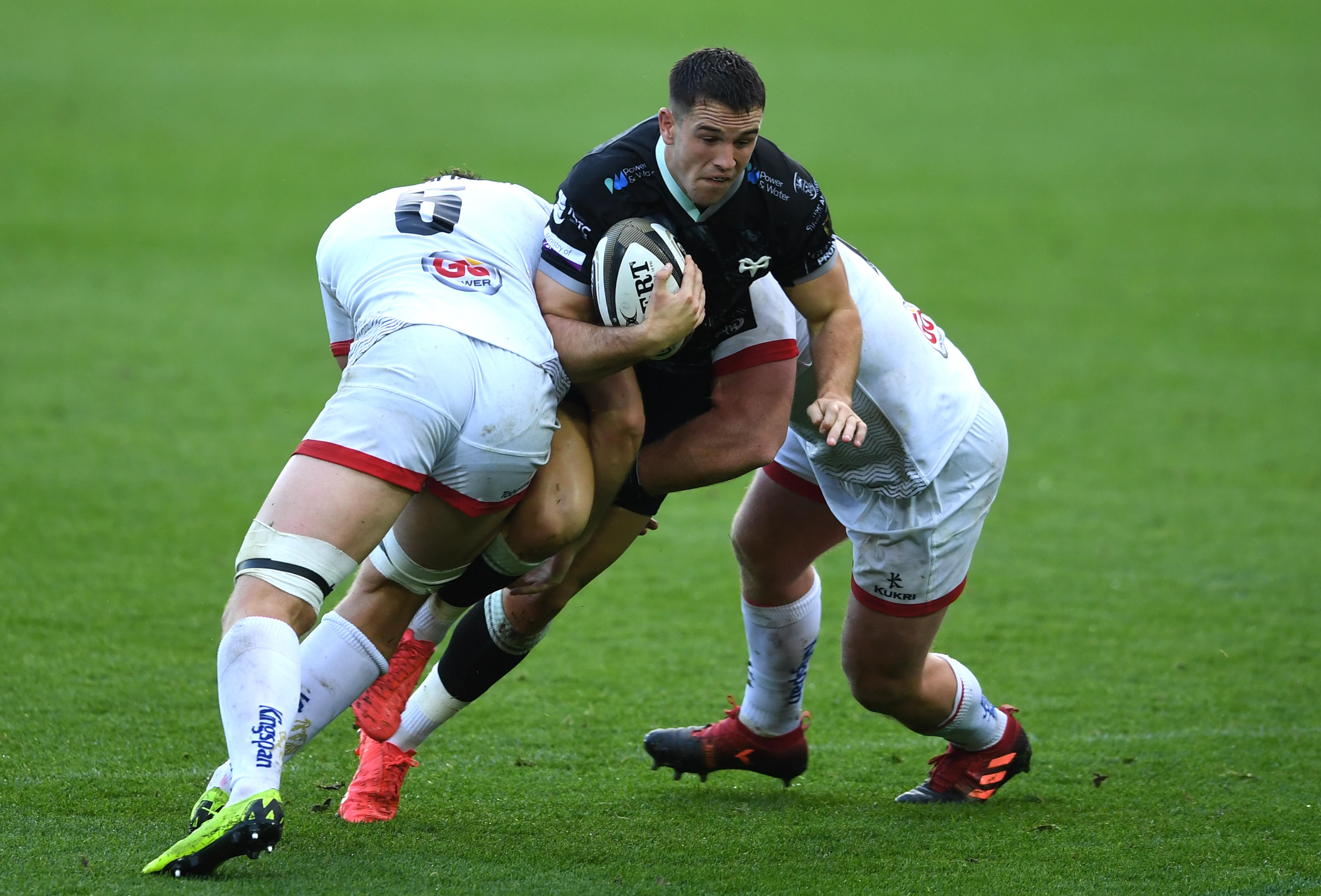 Both Ospreys and Ulster headed into this game having won their opening skirmishes with Edinburgh and Benetton respectively. Conditions were slick but nowhere near the blustery downpour that the hosts experienced at BT Murrayfield.

It was a frustrating first half for the hosts as they found it difficult to chain up phases in Ulster’s half due to a series of handling errors and conceding penalties, gifting Ulster territory and possession. It didn’t take long for the visitors to capitalise with Ulster fullback Jacob Stockdale finding his way through to score the first try of the game. Scrumhalf John Cooney and Ospreys outside half Stephen Myler exchanged penalties, and the latter added a second penalty on the cusp of half time to claw his side back to within four points at the interval.

It would be Ulster that got the better of the second half. Two tries from Ulster number eight Marcel Coetzee and Cooney sealed the win for the visitors, keeping the hosts frustrated and chasing the game. Ospreys had a last opportunity to salvage a losing bonus point from the game, but possession was stripped over the line and Ulster escaped to bring the game to an end.

Justin Tipuric, Ospreys Captain
“We couldn’t get a foothold in the second half. We know what went wrong and we know why we lost. We’re in a better place at the minute and this won’t derail us.”
Full report

Ulster struck first on 7th minute, with Stockdale hitting the inside line to bust through the gap from short range, with an easy conversion for scrumhalf Cooney.

Ospreys didn’t respond until the 21st minute, following a turnover penalty from none other than Ospreys openside and captain Justin Tipuric, Myler shaved three points off Ulster’s lead from the tee.

The hosts began making inroads in the Ulster defence through the likes of centres Kieran Williams and Owen Watkin, and number eight Morgan Morris. However, with greasy conditions the pressure was not sustained as Ospreys struggled to retain possession.

On the half hour mark, Ulster found themselves just 5m away from the Ospreys try line and when the defensive line was caught offside, scrumhalf Cooney cancelled out Myler’s earlier penalty, extending their lead to seven points once more.

A penalty at the scrum afforded Cooney another attempt at goal, but this time the scrumhalf hooked the ball left of the mark and Ospreys escaped unscathed.

Moments later, Ospreys’ Rhys Webb found a gap and when the scrumhalf chipped ahead to give chase, Ulster lock Iain Henderson tugged on the Osprey’s jersey to arrest his run and referee Mike Anderson awarded a penalty to the hosts. Myler was accurate with his strike and the Ospreys headed in at the half trailing 6-10.

Ulster started the second half with confidence, but their ambition was defeated by the conditions. However, having regained possession, fullback Stockdale embarked on a daring run which took Ulster into Ospreys’ 22 and the siege began.

Some fierce defending from the black line forced Ulster to kick, which was charged down and kicked the length of the field by Owen Watkin to relieve pressure. Again, Stockdale sparked the counterattack and play returned between the two 22s.

Despite what appeared to be an obstruction in the midfield, Ulster number eight Marcell Coetzee barrelled his way over a few short phases later for Ulster’s second try of the game. The conversion was successful, and Ospreys found themselves 11 points adrift with half an hour remaining.

Ulster fumbled the ball under Ospreys pressure, and played the ball from an offside position, allowing Myler to notch up another three points for the home team.

On the 64th minute, a powerful shove from the Ospreys pack at the scrum granted Myler a fourth attempt at goal and the outside half was accurate once more, narrowing Ulster’s lead to within five points.

A breakaway from the scrum and Cooney was the grateful recipient of the inside pass and raced for the try line. A last-ditch tackle from Ospreys winger Mat Protheroe appeared to have prevented the try, but the match officials seemed happy with the grounding, and the conversion was successful, taking Ulster into a 12-24 lead with little time remaining.

Captain Iain Henderson was sent from the field with five minutes left of the game, for foul play against Ospreys’ Dan Evans, having led with the shoulder into the head of the fullback.

Ospreys had one last opportunity to salvage a losing bonus point in the dying moments of the game, and they opted for a scrum. From there they began an assault on the Ulster line, just metres out, but the ball was ripped from their grasp as the Ospreys tried to bundle their way over the try line and got the ball over the touch line to bring the game to an end.