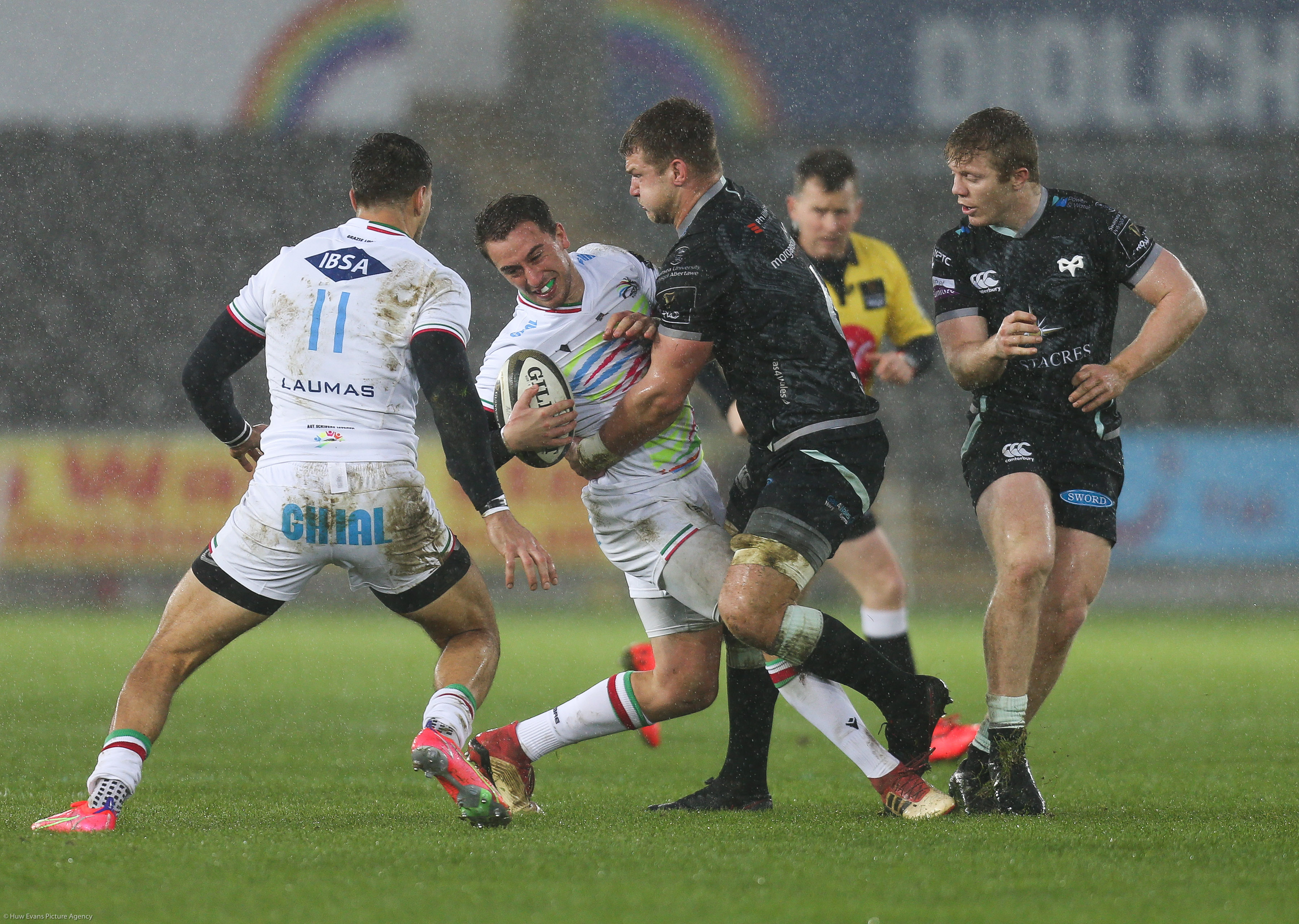 It was a brisk and cloudy evening in Swansea as the Ospreys welcomed Zebre to the Liberty. In the return fixture in Parma, Zebre managed to keep the Ospreys out at the death to secure victory on home soil.

Toby Booth’s men were aiming to set things right this weekend, with Rhys Webb picking up the captaincy in Justin Tipuric’s absence.

It was an error strewn first quarter, with neither side able to get on the score sheet. It was the visitors who got nearest, with two forays into Ospreys territory, but unable to get over the line. A missed penalty each from Zebre outside Antonio Rizzi and outside half Josh Thomas kept the score at 0-0 for the majority of the first half. In fact, the first points of the game came after 40th minute, as Ospreys’ Thomas banged the ball over from just outside the 22 to give his side a narrow lead just before the break.

The second half was much the same as the first, with neither side able to capitalise on their possession. That changed on the 75th minute as scrumhalf Webb showed his class once more with an explosive break down the tramlines. There was no stopping the half-back and the score allowed Thomas to add the extras and take Ospreys ten points clear with only four minutes left to play.

Despite another late effort to add some more points to the scoreboard, the game ended with the Ospreys 10-0 victors and maintain their 2021 unbeaten run.

Rhys Webb, Player of the Match
“Credit to the boys, young team, stayed in there and came away with the win.”

A prolonged defensive shift was the first thing on the Ospreys’ agenda, having to work hard to repel several close quarter charges for the try line from the big Zebre forwards. Ospreys had their own opportunity to score with a little under fifteen minutes left on the clock, but Zebre succeeded in turning the ball over and shifting play to outside their own 22 through a penalty kick.

An individual bit of magic from Webb ignited an Ospreys attack and drew a scrum on the 5m line for the hosts. The attack counted for nought, however, as referee Nigel Owens deemed that hooker Sam Parry had propelled himself across the ground illegally and awarded Zebre a penalty to lift the pressure.

A penalty on the 40th minute to the Ospreys gifted Thomas an opportunity to nudge his side into a 3-0 lead at half-time, an opportunity he took with both hands and the two sides ran in at the interval with just 3 points separating them.

The second half had a livelier start, with Ospreys launching an early attack down the left wing, but was thwarted by the touchline and a long clearance kick. However, after an hour, it was still 3-0 to the hosts; neither team able to break down the other’s defence.

Referee Owens deemed that replacement hooker Ifan Phillips was deliberately slowing the ball down and punished the youngster with a yellow card. A turnover followed by an excellent kick to touch by Ospreys centre Tiaan Thomas-Wheeler gave Ospreys excellent field position. A won lineout set up the maul, and out of the blue Webb made a dash down the blindside and beat the last defender to score an important try on the 75th minute. Thomas converted and the Ospreys extended their lead to 10-0 with a little over four minutes left to play.

It looked like replacement wing, Keelan Giles, had snuck over for a try but it was knocked forward. However, Zebre’s scrum was sent reeling by a huge Ospreys scrum and the hosts regained possession, and brought the game to an end as victors.