Paul James, the most capped Osprey of all time, has been honoured for his service to his home region, having been awarded a testimonial year which he has launched in his Ten21 bar in Neath.

James, who has the player number 1 having worn that shirt in the region’s first-ever competitive fixture, against Ulster 15 years ago, has now played 232 games for the Ospreys.

The last remaining squad member to have played professionally in the pre-regional era, having made 33 appearances for Neath at the start of last decade, James has also played 66 times for Wales.

PICTURED: Paul was joined by Richard Hibbard, James Hook, Alun Wyn Jones and Ross Harries of Premier Sport at an informal testimonial year launch at his Ten21 bar/restaurant in Neath

He has captained the Ospreys on 31 occasions, including the famous win over the 2006 touring Australians at the Liberty Stadium and was part of four championship winning teams (05, 07, 10, 12), also winning the EDF Energy Cup at Twickenham in 2008.

Having made his Wales debut at the Racecourse in Wrexham in August 2003, against Romania, James traveled to Australia the following month as an unused squad member at the Rugby World Cup. Despite waiting six years for his next international cap, he has played 66 times for Wales, playing at the 2011 and 2015 World Cups and featuring in the 2012 Grand Slam and 2013 Championship successes.

MIND Neath Port Talbot has been named as the selected charity for the year, while James will also support local children’s cancer care charities local to where he is holding ‘testimonial tour’ events.

A number of events are lined up through the year (details will be available at ten21testimonial.info), culminating in a Paul James Select XV vs Classic Lions game at the Gnoll next July.

“It’s an incredible honour to be awarded a testimonial year and I’m thankful to the Ospreys and everyone on my committee for making it happen.

“I’m looking forward to celebrating my career with supporters, friends and family, hopefully seeing many familiar faces along the way, and raising money for some excellent causes along the way.”

Andrew Millward, Ospreys Managing Director, who packed down alongside James in the front row for game number one against Ulster, said James’ recognition was well deserved.

“Assey is someone who has always been hugely proud to represent his home region. He is someone who always wears his heart on his sleeve, leading by example on and off the field, we are delighted to be able recognise that service with his testimonial year.” 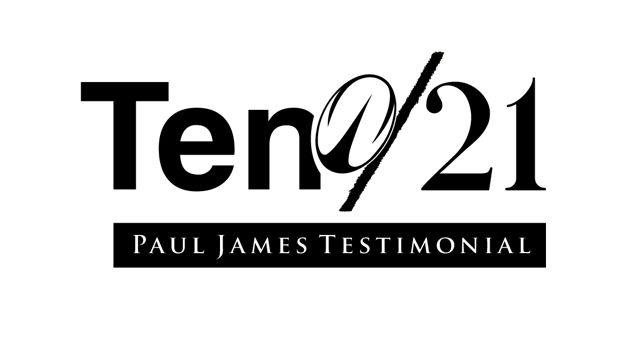