Ospreys Rugby are delighted to announce that Sam Cross has signed his first contract with the region and will make his switch from sevens to the full fifteen man game permanent.

The Olympic silver medalist has been with the Ospreys throughout this season by arrangement with the Welsh Rugby Union and, after impressing in Champions Cup and Guinness PRO14 action, was keen to commit to the region longer-term.

Cross has caught the eye in his short time at the region, putting in an impressive shift on his debut after being thrust into action as a late injury replacement for Justin Tipuric against European champions Saracens at Allianz Park. Starting on the flank, he finished the game on the wing and scored his team’s fourth try to secure two bonus points in a thrilling 36-34 defeat.

He has played five times for the region to date, scoring three tries, the last of which came as recently as last weekend in the 27-26 win over Cheetahs.

Such was the impression he made in the Saracens game last October that he was named in Warren Gatland’s Wales squad for the autumn internationals after just one senior appearance in the fifteen a side game, and won his first cap off the bench against Australia before starting versus Georgia a week later. 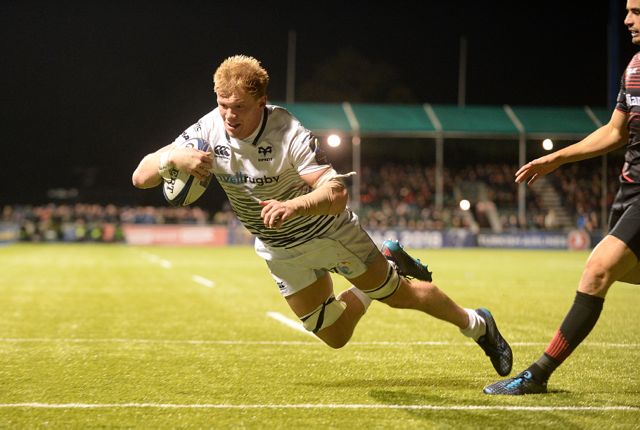 “Sevens has been a big part of my development over the last few years and I’m sad to leave the programme, but I’m excited looking at the future” said 25-year old Cross.

“I’ve been looking to transition and the Sevens have given me the opportunity to come to the Ospreys to develop my fifteen a side game and it’s worked out well for me, being able to earn a contract for myself for the next two years.

“It’s been brilliant, the opportunities have been there, and it feels like I’ve taken them. The conditioning now is going to be pretty different for me, I’m going to get a full pre-season with the Ospreys to help me become a fifteens player.

“The last four years have been huge for me with the Sevens. There’s no other feeling like coming home from the Olympics with a medal, as a rugby player you never think you’ll have the opportunity to do that. The cities I’ve been with the Sevens, the memories, but I’ve always had my eye on the transition and I’m thankful for the opportunity to do that.”

Having signed a deal to stay with the Ospreys permanently from next season, the WRU have agreed to a request from the player to release him early from Sevens duty after his partner gave birth to their first child this year.

Cross has featured in over 40 tournaments for his country, won an Olympic silver medal in Rio 2016, and was last season named the DHL Impact Player of Year in the World Rugby Sevens Series. 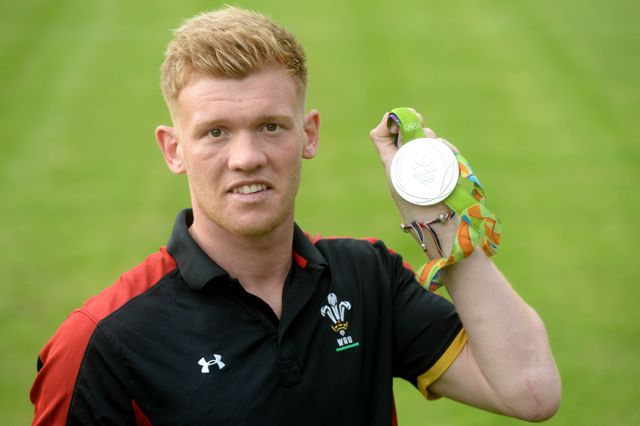 “Sam has made a very positive impression in his time with us this season, and shown he has the ability to make the transition from the Sevens circuit into regional rugby.

“He’s an outstanding athlete and his ability to distribute, off load and operate in the wider channels will add to our attacking variety and threat. I'm sure working in our environment with the likes of Justin Tipuric will be hugely beneficial for Sam, and enable him to make a real impact in an Ospreys shirt next season.

“We are grateful to Wales Sevens Head Coach, Gareth Williams, for the support he has shown, allowing Sam to be part of the Ospreys squad this season. His signing is another great example of the role the Sevens pathway can have in player development.”

Cross joins promising teenagers Will Jones and Reuben Morgan-Williams in signing their first professional contracts with the Ospreys, while Adam Beard, Olly Cracknell, Ma’afu Fia, James King, Sam Parry and Owen Watkin have all penned extensions in recent weeks, with Wales and Scarlets pair, Aled Davies and Scott Williams confirmed as additions to the squad.