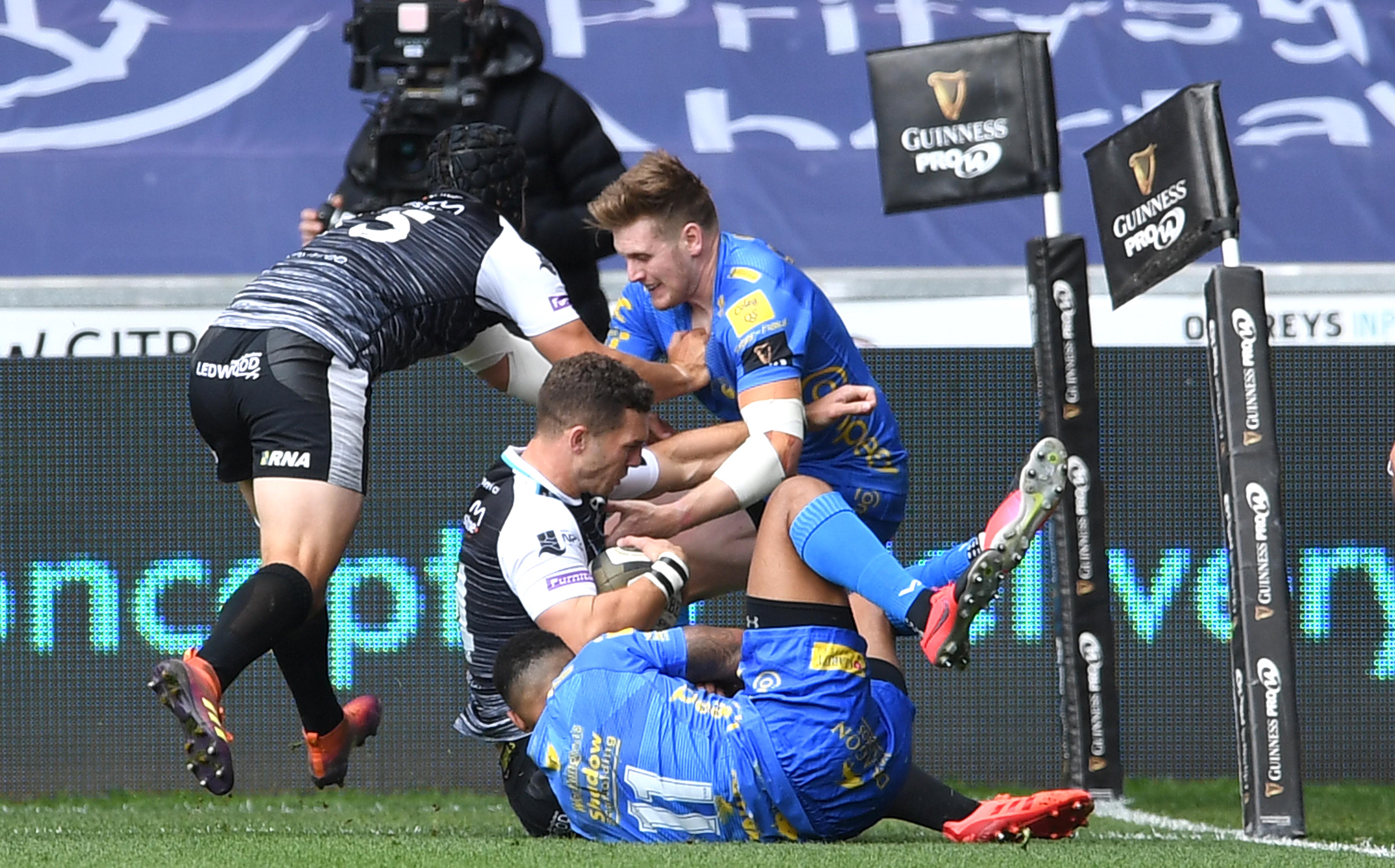 George North has received a four-week ban as a result of his red card in the Guinness PRO14 Round 14 fixture with Dragons Rugby on Sunday, August 23.

North was shown a red card by referee Adam Jones (WRU) under Law 9.17 – A player must not tackle, charge, pull, push or grasp an opponent whose feet are off the ground.

North accepted that his actions warranted a red card for foul play. The incident was deemed a mid-range offence, which carries an eight-week suspension. His previous clean disciplinary record, acceptance of his actions and remorse shown warranted application of maximum (50 per cent) mitigation, bringing his ban to four weeks.

As the 2020/21 season fixtures are not yet finalised, the ban will span over the course of four meaningful games.

The disciplinary process for the red card offence was presided over by Judicial Officer Roddy MacLeod (SRU).