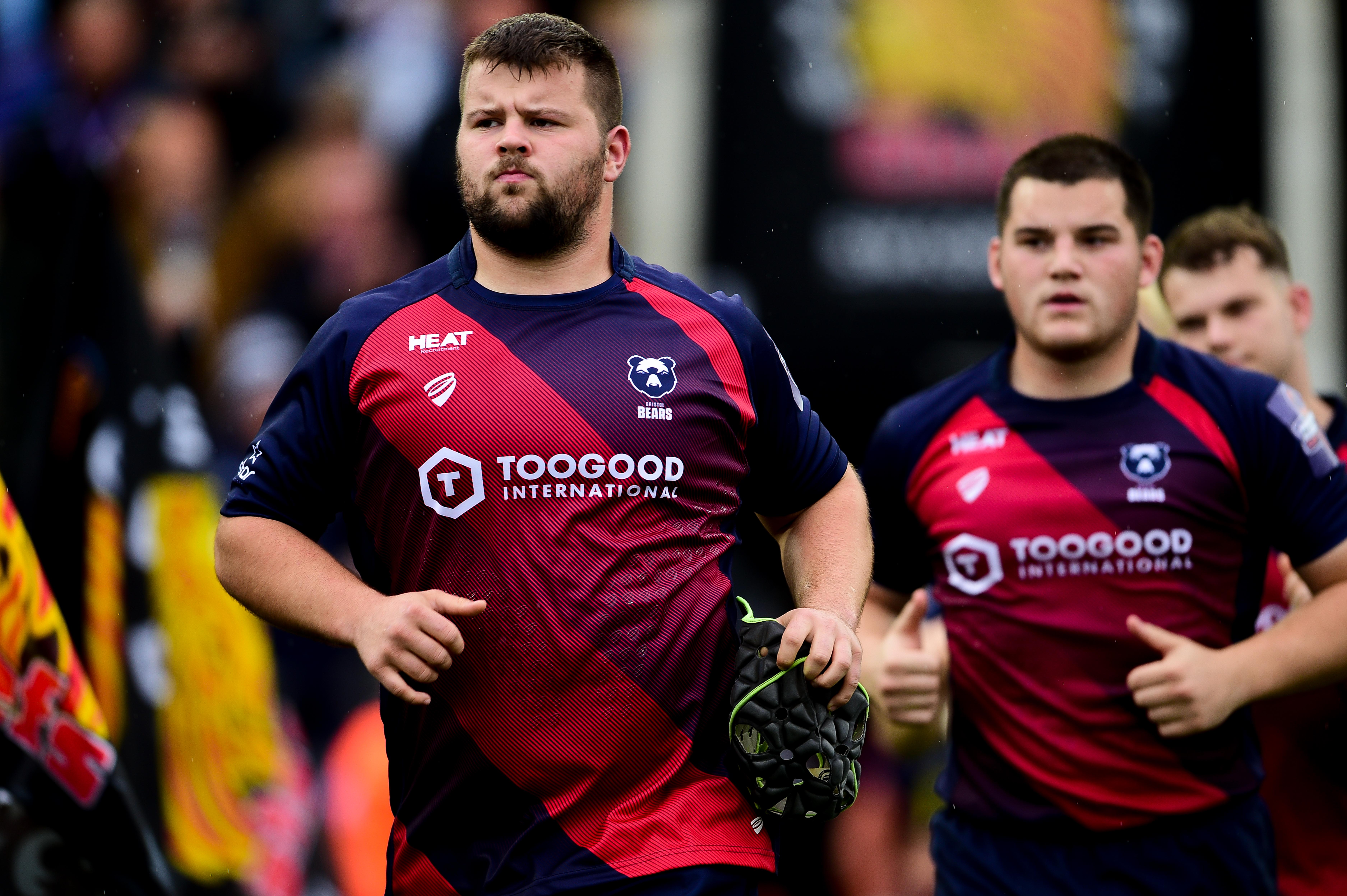 Prop Nicky Thomas has signed a two-year deal to return home to Wales and join the Ospreys from next season.

Thomas, who stands at 6ft 3ins and weighs in at 119kg, has earned a reputation as a destructive scrummager playing for the Bristol Bears in the English Premiership.

He was capped 20 times for the Wales U20s and played in the 2013 IRB Junior World Championship final against England.

Thomas, 25, has played for Gloucester and had stints at the Scarlets and the Dragons before he signed for Bristol in 2019. Now he is the third new signing made by the Ospreys for next season, following on from scrum half Rhys Webb and full back Mat Protheroe.

The Ospreys have announced Toby Booth as their new Head Coach and the re-signing of captain and Wales and Lions flanker Justin Tipuric in the last few weeks.

Nicky Thomas
It feels like a new era, a new chapter for the Ospreys, it is an exciting time to be returning home, and this is something I really wanted to do, play for the Ospreys.

“There is unfinished business for me with the Ospreys,” said Thomas.

“It feels like a new era, a new chapter for the Ospreys, it is an exciting time to be returning home, and this is something I really wanted to do, play for the Ospreys.

“It’s like there is a line in the sand has been drawn, with a new Head Coach, Toby Booth, and Mike Ruddock being involved. I know it has been a tough season there, but for me this is just an exciting challenge.”

Thomas has strong links with the Ospreys region, having played alongside Nicky Smith and Scott Otten for Pentrehafod Comprehensive School, Waunarlwydd RFC and Swansea RFC.

It means the ‘Waunarlwydd front row’ is finally being reunited with Thomas’ return home to the Ospreys this summer.

“I am a Swansea boy, born and bred, and the Ospreys are my region,” said Thomas.

“I used to watch them when I was younger with Nicky and Scott, and we used to argue about who was better, Adam or Duncan Jones.  Nicky would always argue for Duncan, as a loosehead, and I would argue for Adam, as a tighthead.

“The three of us grew up watching the Ospreys and I know this would be a big thing for all of our families, if myself, Nicky and Scott played as a starting front row for the Ospreys.

“We played in school together, we played for Waunarlwydd together and we went through the Ospreys Academy pathway together.  We grew up together and are best mates.

“If I am honest, I thought the opportunity to play for the Ospreys and alongside Nicky and Scott again had probably gone. It’s why I am so excited about the move home.”

Dan Griffiths, the Ospreys Rugby General Manager, believes Thomas is a player ready for the challenge of returning to Wales and playing for his home region.

“Nicky is a product of the Ospreys Academy, and from the moment there was an opportunity to return to the Ospreys you could see and hear the passion and enthusiasm he has for the club,” said Griffiths.

“He has always been regarded as a very good scrummager, and did extremely well with Wales at U20s level. Through time and experience he has learned that there is more to the game, and has matured at Bristol this season and put in some consistent performances.

“He is still only 25 and has his best years ahead of him.  Nicky knows that the opportunity to return to your home region doesn't often come around in rugby, and he is determined to apply himself and contribute to his home region.

“Tighthead is a crucial position and as we have seen this season, and it is important to have a strong depth chart with players that can give the team a solid platform to perform from set piece.

“Bringing Nicky home to the Ospreys will provide strength and experience which is crucial in terms of the balance our squad.”