The Ospreys will wear the colours of their four regional Premiership clubs when they go into LV= Cup action next month, after an eyecatching new charity jersey was unveiled today.

The striking design features the red of Aberavon, blue of Bridgend Ravens, black of Neath and white of Swansea in a traditional quartered rugby shirt design, allowing supporters the length and breadth of Ospreylia to show their true colours.

A limited edition release with only 1,000 of the shirts being produced, it will be worn by the team throughout this season’s LV= Cup campaign, making its debut when the Ospreys travel to Welford Road to face Leicester Tigers on Friday 8th November. 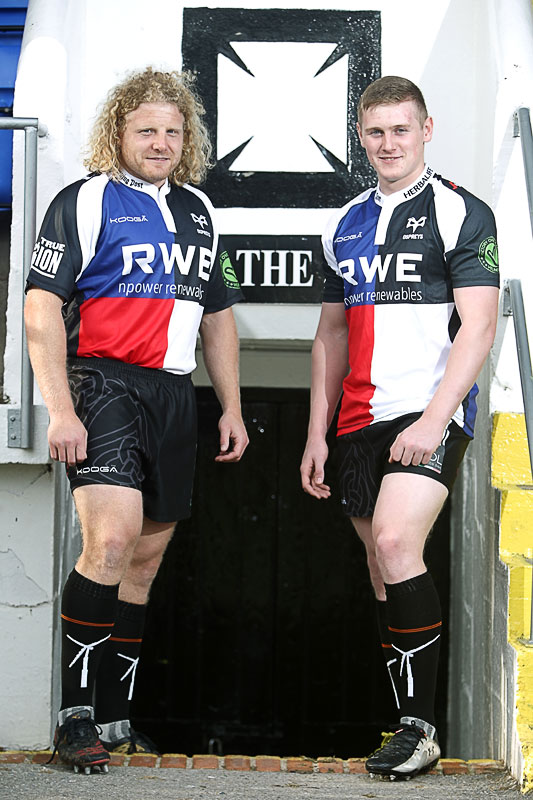 Velindre Cancer Centre is once again the official charity partner for the season, the second year in succession that the two organisations have worked together, and the Ospreys will make a donation from each jersey sold to Velindre’s Victory Over Cancer campaign. The campaign logo features on the left sleeve of the new shirt.

Last season’s partnership, in aid of the Stepping Stones Appeal, resulted in a donation from the Ospreys of in excess of £4,500, while the region also supported a number of other activities and initiatives organised by Velindre, raising awareness of the cause along with additional funding for the charity.

Andrew Morris, Head of Fundraising at Velindre said:
“We are delighted to be working with the Ospreys once again this season as their official charity partner, and to feature once more on the jersey during the LV= Cup.

“Not only does this partnership raise much needed finances for the charity, the high profile enjoyed by the Ospreys and the players is invaluable in assisting us to get our positive message across, which is that every hour, every day, every month that someone survives cancer is a victory.
“We are looking forward to seeing the team in action with this fantastic shirt on, once again proving to be wonderful ambassadors for Velindre.”

Ospreys Chief Executive, Andrew Hore, added:
“We have chosen to feature the colours of our four Premiership clubs on the jersey to recognise the contribution that they all make to the squad at this time of the season. It makes for a really attractive rugby shirt that we hope will raise both awareness and funds for the fantastic work that Velindre do week in, week out in the fight against cancer.” 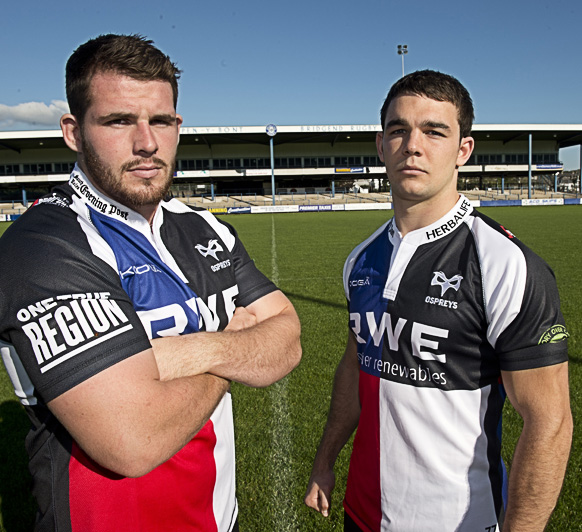 ABOUT VELINDRE’S VICTORY OVER CANCER
Facing up to, and dealing with cancer is one of the biggest challenges that anyone can face; it affects everything – family, friends, work colleagues and how you live your life. It can be a very frightening time.

At Velindre we strive to support cancer patients and their families through this difficult period, and our specially trained and highly committed staff strive every day to make this time as comfortable as possible.

We believe that every hour, every day, every month that someone survives cancer is a victory.  So we are launching a new campaign to highlight this positive message - Velindre Victory over Cancer.

Every pound that is raised will be used to help us in our battle to achieve the ultimate goal. Every event, every function no matter how small, will be a celebration because anything that helps defy cancer will contribute towards our aim of Victory over Cancer.

Patient Centred care is at the heart of everything we do at Velindre; money raised from our Victory over Cancer campaign will be used to ensure the best possible support to patients and their families dealing with cancer. It will allow us to fund ground breaking research, specialist equipment, and new developments so that our staff have access to the most up to date training and techniques.

Someone in the UK is diagnosed with cancer every 2 minutes. It is estimated that by 2015 there will be a 30% increase in the most common forms of cancer.  But already more people in Wales are surviving cancer because of early detection and better treatments.

Support our campaign and help us to achieve Victory over Cancer.